Augmented and Virtual reality- superimpose images on the real world (AR) or bring users into an artificial digital experience (VR) in the form of Pokemon games, Snapchat lenses, gaming headsets, and more. AR and VR have practical uses for city government with the ability to provide data in real-time, engage users, and simulate real-life experiences in detail.

A smart city is not just smart by the name. It also uses technology to develop its infrastructure and other services for a more comfortable life. A city cannot be considered smart unless it uses advanced technologies in its operations.

“The launch of Augmented Reality is just the beginning that will transform the experience of exploring a city.“ 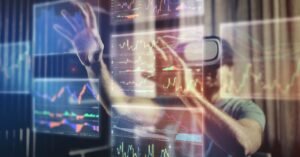 How Does Augmented Reality Work?

Using new devices and smartphones, new infrared sensors create a mesh of millions of points every second, which is then used to identify flat surfaces in real-time. The 3D maps and spatial data are transformed from a typical latitude and longitude coordinates and onto an x, y, z plane that is continually being calculated as the user moves his/ her headset or tilt the phone.

Augmented Reality turns the environment around you into a digital interface with virtual objects in the real world. The datasets are then layered according to buildings, roads, floodplains, clouds, etc.- like a sandwich and then pushed through a mobile app or site. The data can be static like a building skeleton or dynamic like a sensor. The market for AR has matured enough for it to have the potential to play a central part in smart cities and requires a lot of data at high speed, for users who are on the move.

AR can work via several media, like smartphones, tablets, or specifically developed glasses or even contact lenses. It augments reality by superimposing practical information, objects, images of the people with users. AR can communicate information to the public more efficiently- providing directions, information on urban planning, etc. With the help of Augmented Reality, users will be able to walk into a virtual representation of a planned or extension over the existing space.

Computer vision understands what is in the world around the user from the content of the camera feed, allowing to show digital content relevant to what the user is looking at. The digital content is then displayed realistically, making it a part of the real world – called rendering. For example, consider playing an augmented reality board game using a real cereal box. The rendering module increases the original frame with the AR game, making sure it precisely overlaps with the cereal box.

Most of the new and modern technologies of smartphones work at 30 frames per second, giving us only 30 milliseconds to do all of this. Generally, the AR feed that you see through the camera is delayed by roughly 50 ms to allow all this to happen, but our brain doesn’t notice the delay.

The new developments in augmented reality (AR) technology are up-and-coming in the way we see our cities. The interaction of data, graphics, and sensory enhancements overlaid in a real environment enhances the user experience. 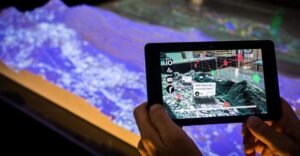 In many cases, the technology to accomplish the goals already exists or is in development, meaning cities can use it. Cities need to think carefully about practical use cases before chasing expensive AR technologies.

By combining smart infrastructure with advanced AR systems, we can begin to interact with the world efficiently. The sensory ability of digital infrastructure makes up a smart city that allows us to create new digital versions of the real-world that enables technology to respond to dynamic environments.

In the next article, you will get to know about how augmented reality transforms smart cities. To know more about Architecture Technology, Stay Tuned.