Chinese hackers attempted attack on Indian Cyberspace more than 40,300 times in a week post- Galwan clash An Overview: After a...
249

An Overview of Modular Architecture

Rapid urbanization, urban development, climate change, are putting the world’s coastal cities at increasing risk of dangerous and costly flooding damages. The forecast discovered shows that average global flood losses will multiply from $6 billion per year in 2005 to $2 billion a year by 2050. Also, not to forget the sea-level rise and sinking land – global flood damage for major coastal cities will raise $1 trillion a year if cities don’t take steps to adapt.

Cities, home to half of the world’s population supplemented by rapid urbanization, are at the center of this challenge. Frequent storms, increasing temperatures, rising sea levels, changing climates, are the major drawbacks of these vulnerable climates. 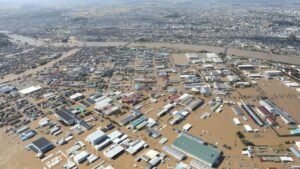 According to the Goldman Sachs report, – 40% of the population living within 100 kilometers of a coast, and one in 10 people living in areas less than 10 meters above sea level (New York, Tokyo, and Lagos) could face harmful flooding. At-risk cities include regions that are less than 11 meters above sea level – Miami, Florida, Alexandria, Egypt, Dhaka, Bangladesh, China, and Shanghai — leading to half of the world’s population living in water-stressed areas sooner to 2025.

“The Climate is Changing Why Aren’t We?”

The Impact of Climate Change Globally:

Our world is becoming vulnerable to climate change risks with extreme weather events, deteriorating ecosystems, soil degradation, and increasing water scarcity. Increasing gaps in our understanding of the changes are making it difficult for us to anticipate, react, plan, and adapt to upcoming changes.

Climate change and its impact on livelihoods worldwide will no doubt be one of the most significant issues confronting us in the decade ahead. By various issues, it may be clear that 2020 is our last chance to bring the world together in order to protect our communities and reverse the alarming loss of wildlife.

The drastic change is creating environmental challenges like droughts that are wrecking chalk rivers and wetlands, degradation of natural habitats, deforestation, all leading to the emissions causing climate change. The question still remains, can we stop climate change, and how can innovation technology help?

Yes, it’s true! We can do things to help stop climate change, but obviously, it won’t happen overnight. Unlike many other big problems in life, we know how to fix this – by reducing our use of fossil fuels. According to the Bureau of Labor Statistics, the fastest-growing occupations in the upcoming decade are solar and wind technician. Per unit of energy, for every one job in fossil fuels, you need several jobs in solar. In different sectors, sustainable energy is already cheaper, and certainly cleaner than fossil fuels.

The Most Fragile Situation: 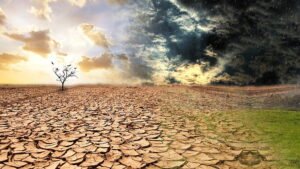 Ever thought of what adaption looks like? It depends on where you are, ranging from using goats to clear vegetation in California to raising roads in Florida. The following are some ways by which communities are adapting to climate change around the world:

Communities are now attempting to adapt to climate change, working to reduce the amount of heat-trapping carbon pollution. Commercial buildings have adapted to cut energy use, water use, and transportation emissions by half. For small countries, protection and preparation are essential. Taking into consideration with similar ideas with flood risk in major parts globally will transform the landscape completely.

The future is not far, and if not mitigated, climate change is going to continue to cause more extreme heat waves and droughts. It is painful even to imagine that later in this century, Earth’s equator will become extremely hot and uninhabitable, making it least supportive for people living. Imagine, millions being forced to move to survive. The concern is more widespread migration will create a massive international and security issue. The right time is now, and preparation and protection will save lives and money in the future.