Outdoor spaces are a great way to have gatherings and interactions in a semi-open set-up. A well-designed outdoor space...
670

On Architect Hafeez Contractor & His Journey

The ‘Shifting Nests’ is a project proposed by the BLA Design Group to provide a sustainable housing solution for the city of Vancouver. The city is seen to have a gradient uprise in its real estate market which is a prime reason to propose a low-cost housing system. This solution allows a flexible living in an unaffordable city, the replicability of the proposal has given it global attention.

The city of Vancouver in Canada is slowly becoming an unaffordable city. Although, due to the current policies adhered by government officials, Canada has proven to be a hub for professionals to migrate. The work opportunities have proven to be magnets although a paradoxical uprise has seen in the market rates for real estate. This has made the housing sector in Vancouver expensive. There are also many vacant lots that require a set of remediation for development.

The ‘shifting nests’ is a project developed by the BLA Design group that presents a sustainable solution to the current housing needs.

BLA Design Group has focused on these vacant lots that are currently being used as community gardens but are not entirely taken advantage of. These lots are envisioned to be used as affordable housing units for curbing the growing social issue in Vancouver.

‘Vancouver, Canada, is quickly becoming one of the world’s most unaffordable cities, while a large number of young professionals are drawn to the city by work opportunities, many also soon leave because they simply cannot afford to live here. the city, paradoxically, is not comparatively dense.’ reads the commentary of the Bee Breeders micro home competition 2019 jury

This low-cost small scale housing is made up of a prefabricated system that consists of plywood, corrugated polycarbonate, and metal cladding. These are placed on a series of simple frames and turned into an enclosure. The housing area is 25 square meters and seeks to target the city’s young professional demographic. These underutilized lots have thus, become the target to initiate an affordable solution for the city’s housing needs. The homes can be oriented as per the inhabitant’s preferences and can be customized too. The entrance module is utilized as a vertical hydroponic system, although it can be used by the inhabitants as a transitional space between the inside and the outside. As per the proposal, the inhabitants can even do organic farming and harvest their own food. This adds up in making the proposal sustainable and affordable on a running basis as well. 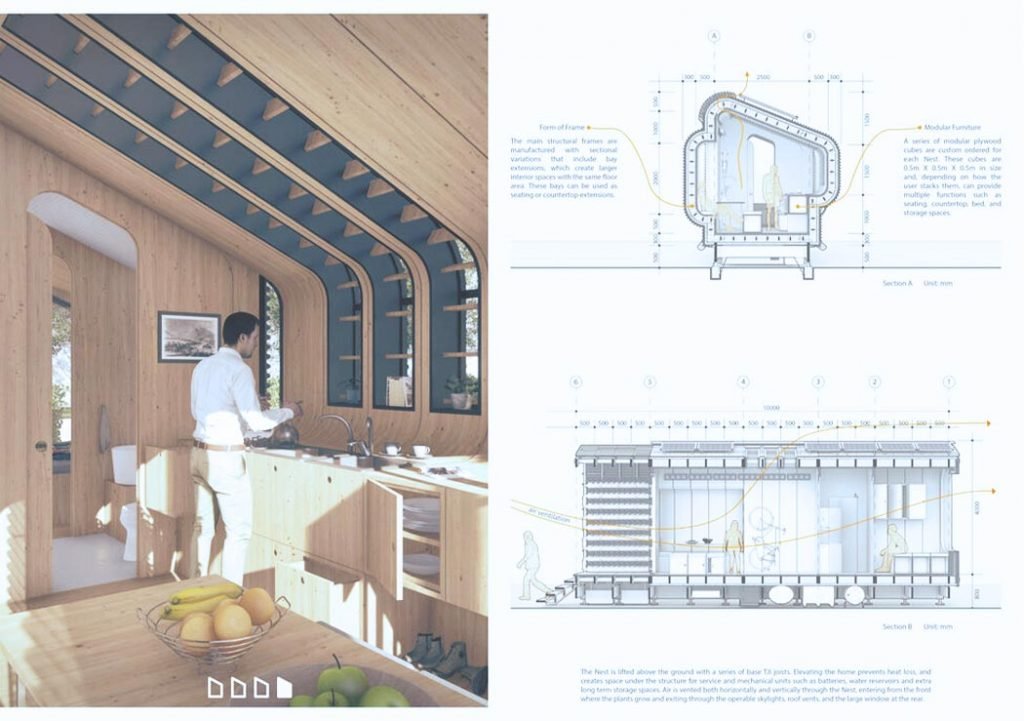 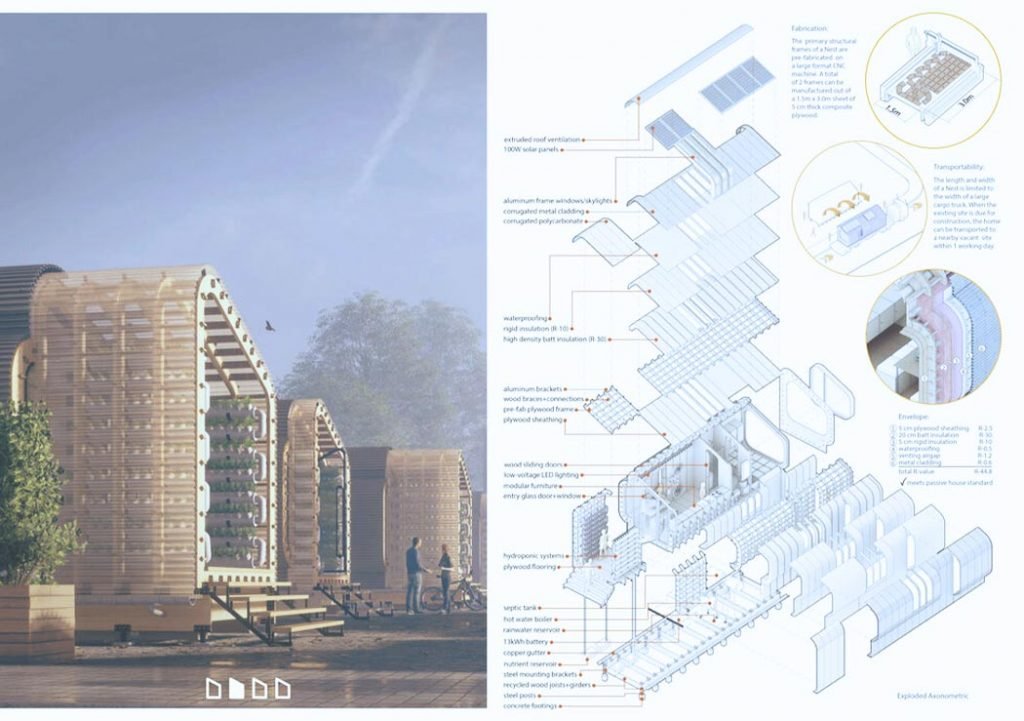 The site plan’s linear layout is what caught the eye of the jury. The nest units are well-segmented by giving designated areas for washing, bathing, resting, cleaning, and living plus dining.

The key feature of this project is adaptability. Price rise in real estate is not only segregated to a certain part of a section but it has become a global need. A migratory population is in a constant need of housing solutions that are affordable and smart. The replicability of this project has made a global impression.

The proposal has won the bee breeders micro home competition 2019.