Chinese hackers attempted attack on Indian Cyberspace more than 40,300 times in a week post- Galwan clashAn Overview: After a...
451

Cities and Their Psychology

Future Buildings to Use Biotech To Become Living? 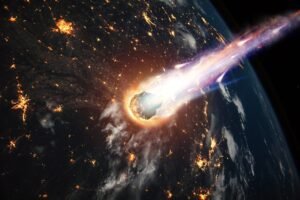 In the wake of already existing Covid-19 Coronavirus, an asteroid big enough to end human civilizations is expected to pass close by Earth in April. Confirmed by NASA, the colossal rock, estimated to measure up to 2.5 miles (4.1 km) across named 52768 (1998 OR2) – rolls right off.

At a current speed of 8.7km/second or 31,320 kmh/ 19,461 mph, the asteroid is projected to pass by Earth on 29th April and will be 0.04205 astronomical units away from our home planet at its closest. The Asteroid is said to be the average distance from our planet to Sun, meaning it is just 3.9 million miles away at its nearest. Or 19.36 times the distance from Earth to Moon.

The Asteroid crossed at a speed of nearly 34,000 miles per hour that is about 20 times as fast as F-16 jet fighter flying at maximum velocity. It is also discovered that, the Asteroid is defined as a ‘potentially hazardous’ near Earth object (NEO) by the CNEOS.

The Asteroid 1998 OR2 was first spotted in 1998 and has been tracked by the Near-Earth Asteroid Tracking (NEAT) system, managed by NASA’s Jet Propulsion Laboratory, Pasadena, CA.

As per the Near Earth Object Preparedness Strategy, Objects close to and larger than one km can cause damage on a global scale, triggering earthquakes, tsunamis, and other secondary effects that extend far beyond the immediate impact area. Near-Earth objects are those that travel within the 50 million km of the Earth orbit. 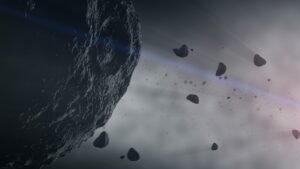 As per NASA’s estimates, no asteroid or comet is currently on a collision course with Earth and therefore, the probability if a huge asteroid hitting Earth is quite slim. In fact, no large object is likely to strike the Earth any time in the next hundred years as best described by NASA. Astronomers estimate that there’s one in 50,000 chance of hitting Earth every 100 years.

So there you have it: There is no source of panic.

Imagine you managing to survive the global Coronavirus epidemic, you still have a chance of getting blasted out of existence by an Asteroid randomly passing by Earth!