Have you played Pokemon Go? Well, here’s another app for you – Pokemon Go for nature! Interesting right?

iNaturalist, WWF, and Netflix series Our Planet have created Seek that helps to monitor the planet’s health by using augmented-reality serving to global biodiversity. Seek lets users point their smartphone/ tablet camera at any plant or animal species to identify it in real-time.

Open your Camera and Start Seeking! 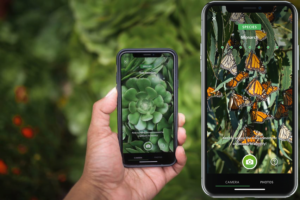 Anyone using Seek app and with the permission of the user, the app sends collected data to iNaturalist’s global diversity portal database, helping scientists to track the health of the plant. The main target of this app has been children and youth, who have been quite aware of the changing landscapes of their home planet — designed to encourage young children to get out into nature and explore their surroundings by discovering the local biodiversity.

Live image recognition distinguishes the exact species of plant, flower, insect, or animal by matching it to one of 30,000 species already in the app’s database. Seek also optimizes user experience by concluding from millions of wildlife biodiversity observations and show which insects, birds, plants, amphibians, and other biodiversity species, you may tend to locate in your local area.

The more observations you make, the more discovery badges you earn, working your way up from beginner (Tadpole) to expert (Explorer). As you photograph different species, it gets added to your observation list. Seek app offers numerous challenges like discovering ten living species nearby, capturing all the different levels of food chain existing – a producer, herbivore, carnivore, and a decomposer, or you can also discover as many species as possible ranging from birds and reptiles, insects to plant and fungi. 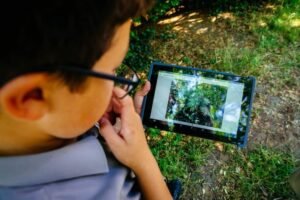 The app was successfully launched on World Environment Day (June 5), hitting more than 540,000 downloads and recording 20 million observations worldwide. The Seek app has been creating a positive impact on attracting children and youth since then globally. The app was launched at the perfect time where more than a million plant and animal species are at risk of extinction.

As rightfully said, youths, as well as adults, are increasingly demanding that our leaders take specific actions to protect our home planet. Apps and resources like Seek are a portal to know more about our natural world’s wonders as it gives people to be a part of scientific efforts put up for the impact we are making on Earth.

So what are you waiting for??? Hop-in to be a part of this wonderful initiative of exploring nature and making your bash in contribution!