Researchers at Cornell University have recently launched Urbano – free software that employs data, metrics, and user-friendly interfaces to help planners, developers, and architects in assessing and improve walkability features in the design.

Till today, Architects and planners have always relied on traditional trial-and-error methods, historical data, or specialized simulations while developing walkable neighborhoods. The site analysis techniques can be difficult to accurately incorporate into project planning due to odds with real-time data.

Walkable cities reduce traffic congestion – True. It causes around 3.3 million deaths and $121 billion in economic losses every year, which has to change!

The software was created to allow architects and urban designers to replicate their designs and get feedback early in the process. The site-specific, real-time data allows them to ‘make decisions’ based on facts and data, so they create a sustainable and livable urban environment of the future.

Urbano relies on three metrics to access an area’s walkability:

The lead developer of Urbano, Timur Dogan stated: ‘This lets them make decisions based on facts and data, so they can create the sustainable and livable urban environments of the future. Since the launch, Urbano has been downloaded more than 400 times by universities and architecture firms around the world. Urbano has been a product of collaboration between the College of Architecture, Art and Planning’s Environmental Systems Lab.

Using Urbano, it will really be helpful while doing site analysis because then the designers can find out services or amenities missing in neighborhoods or if they are underutilized or overutilized. Walkability makes it more pedestrian-friendly features incorporated into it. As architects/ urban designers automatically consider walkability in their designs, the software will provide simulations backed up by facts and data.

Currently, the researcher’s team is working on a software that assesses energy use in models of cities called, Eddy3d, which will benefit the designers and planners about urban microclimates.

Features if what Urbano enables you to do: 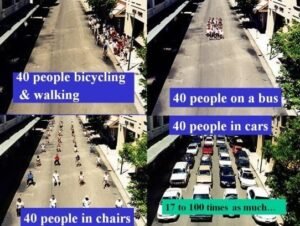 There are some important questions an urban designer needs to consider and it depends on how people interpret the design. It is important that an urban designer or architect shall use the information provided to them by the common people to predict the likelihood of people using the space. We thrive to see development in a manner where the orientation was prioritizing people walking over cars.