Tadao Ando Architect & Associates has revealed the design for the He Art Museum (HEM) located in southern China. The museum is the first of its kind dedicated to the Lingnan culture of southern China. The Museum is scheduled to open on the 21st March 2020. 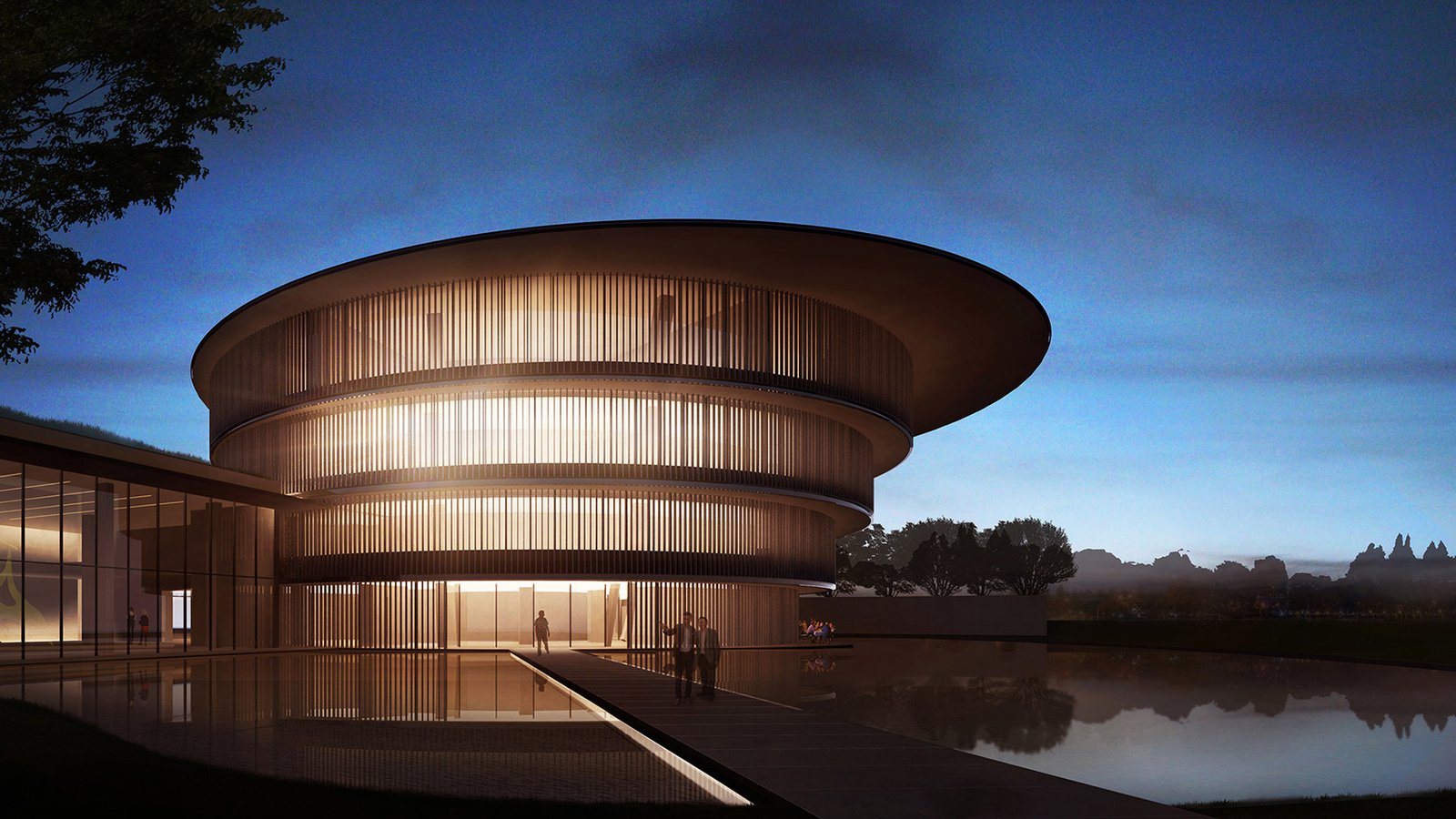 The inaugural exhibition is curated by Feng Boyi entitled as from the Mundane World. The Museum is set to open a new gateway for arts.

The Museum site is located in Shunde, Guangdong province of Southern China. It is set to be a home for a private collection of the He family’s extensive art collection over the years. It comprises of 400 artworks and commissions by many renowned international and Chinese artists. The museum will also include a Cantonese opera and Cantonese cuisine. 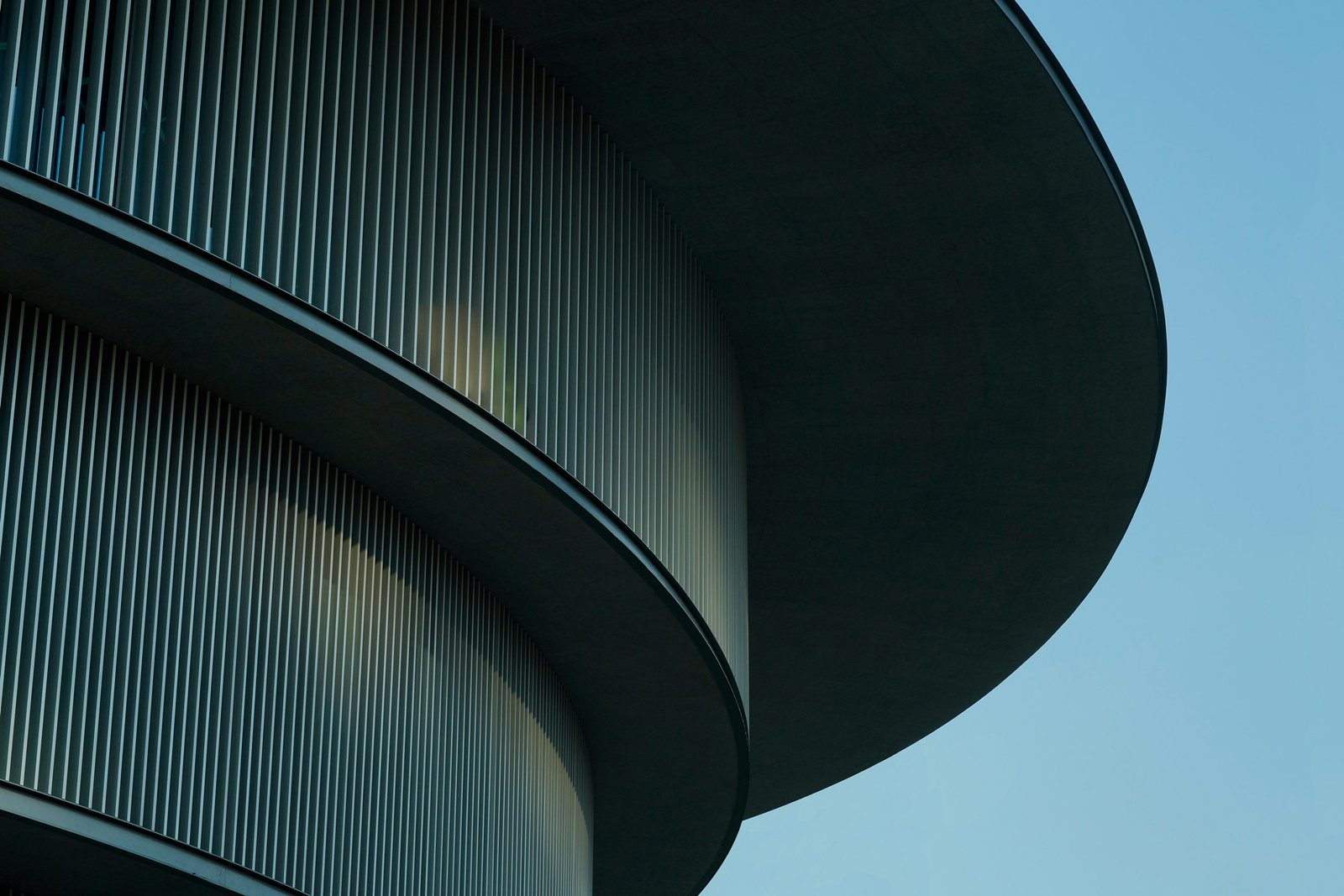 “I want to create a museum that can synthesize southern China’s richly diverse cultures that stretches many millennia and the influences that birthed Lingnan architecture. I imagined HEM as an energetic central anchor point to all the artistic and regional customs, climate, landscape, and civilization in Lingnan. I hope HEM can become the heart of Lingnan culture, not just in Shunde but the whole of Greater China. I look forward to seeing the artworks and programs activate the building, stimulating provoking thoughts with high-quality spaces and art. “, says Tadao Ando

Ando’s inspiration has been from the local architectural and cultural context. He imagined a place for harmony. His concepts were driven from the ancient Chinese cosmology, philosophy, western style’s use of light and shade as well as the Lingnan’s terrain. His composition is such that natural light gains prominence; it flows from the central sky-well into the exhibition areas. The circular form of the atrium hosts two double staircases. The stairwell forms the centric feature that turns the core into a light well for a skylight. The form of circular stories forms an asymmetric profile. 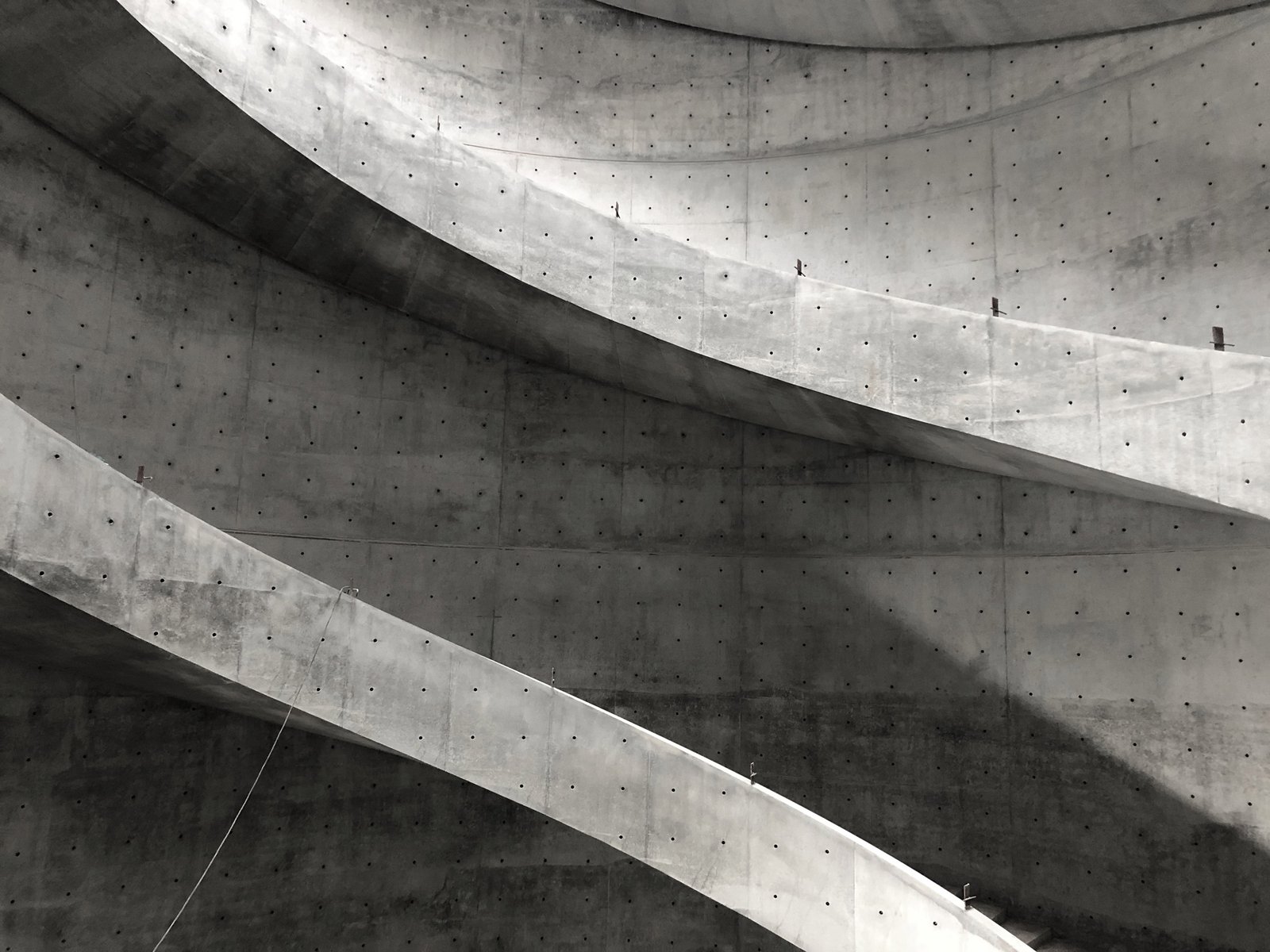 The design derives from the ancient Chinese architectural principles and yet follows a modern interpretation. The design thus achieves a perfect blend of both of the traditional aspects of the Chinese culture and the futuristic modernism carried out by many of the Chinese design thinkers and developers.  Tadao Ando also follows his stipulated modus of materials and architectural styles, with light being the core determiner. 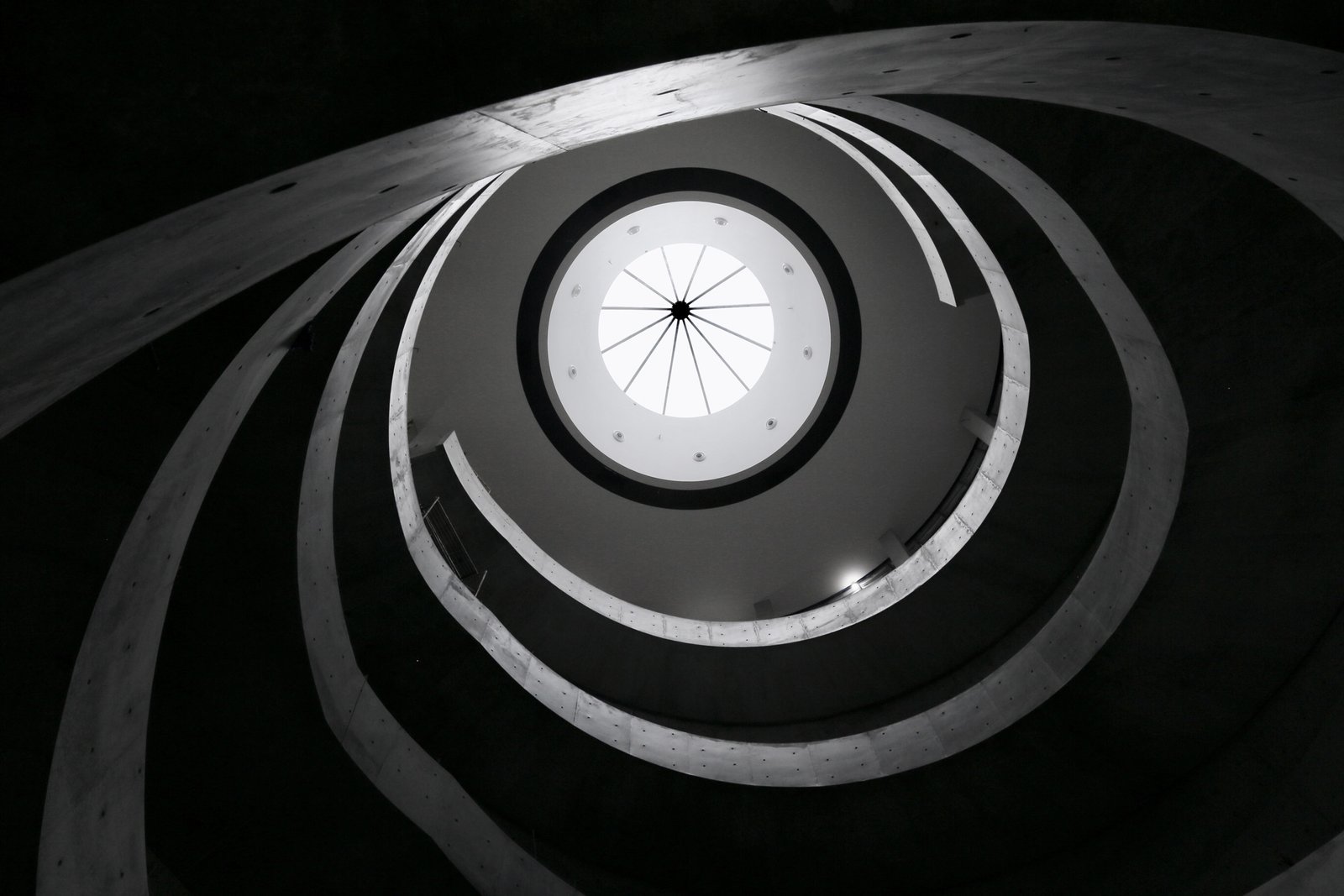 Water is a key part of the architecture in Jiangnan. The Lingnan heritage also has due importance to its waterside pavilions. The architect has designed a pond that wraps the entire building around it and also marks the entrance path for the same. It will create a cooling effect in the sub-tropical climate. The exhibition spaces are circular to give better visual access to visitors. The gallery located on the ground floor is square in form and also includes a bookstore with a café. 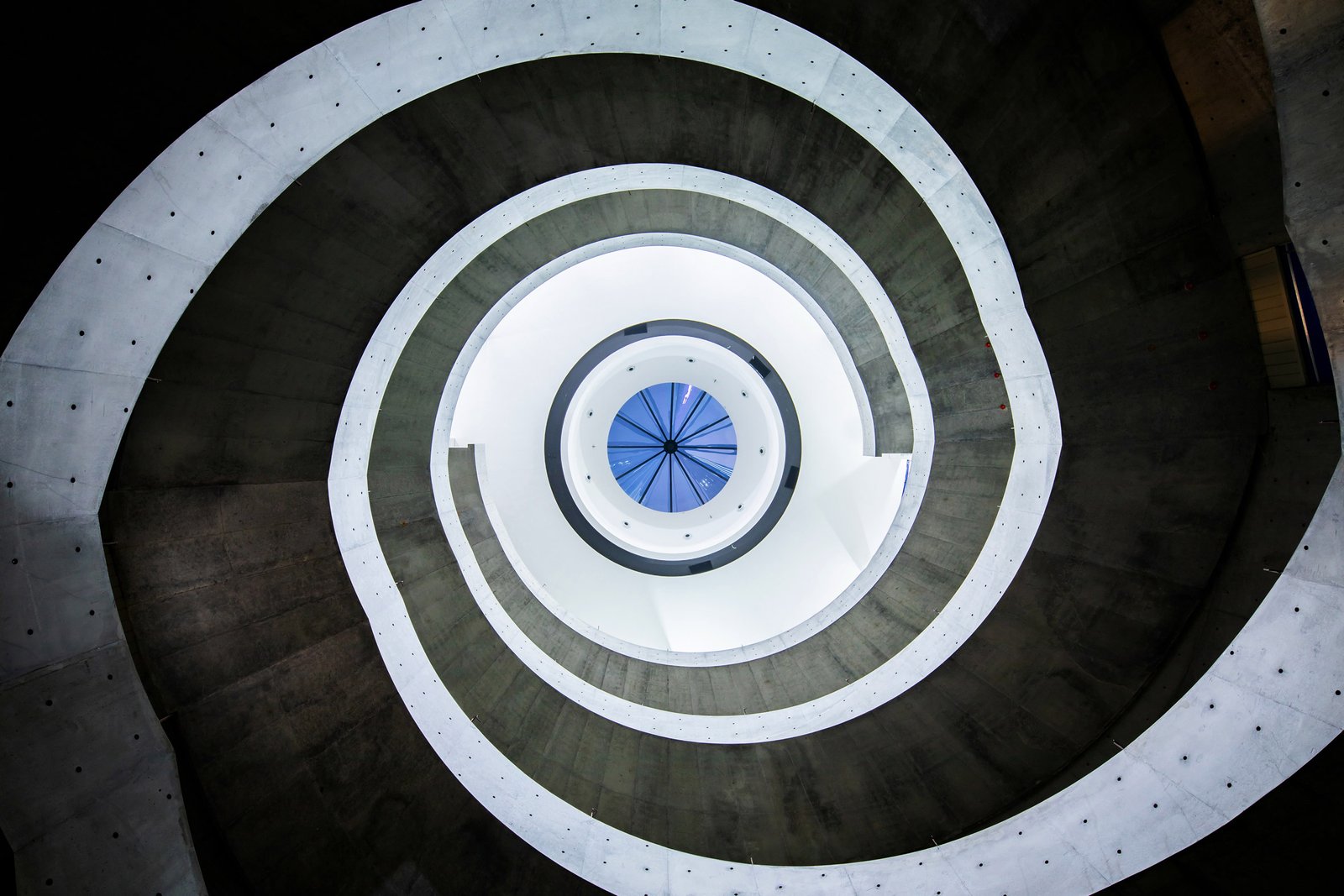 A 300-square meter of education space is located in the interior. The museum is nearby to Guangzhou South High-Speed Rail Station and is also in close proximity to four international airports.