Christo Vladimirov Javacheff was born in Bulgaria and was known for his large scale, site-specific, environmental installations which often became an identity for a place including Reichstag in Berlin, the Pont-Neuf in Paris, Running Fence in California, and The Gates in New York City’s Central Park. He met his wife Jeanne-Claude Denat de Guillebon and they started working together under the label of Christo and Jeanne-Claude.

A lot of Christo’s work seems to be inspired by the events of World War 2 during which he along with his family lived in rural hills with another family and eventually explored the relationship between man and nature. While Bulgaria was under repressive Communist rule, and Western art was suppressed, Christo pursued realistic painting through the mid-1950s. He was admitted into the Sofia Academy of Fine Arts in 1953 but found the school dull and stifling. Therefore, he seemed to be inspired by the Skira art books and visiting Russian professors older and once active in Russian modernism and the Soviet avant-garde.

Initially, Christo started working as an independent artist, however soon enough he started working with his wife going on to create masterpieces. Since 1972 they started working with photographer Wolfgang Volz, as many as five of their creations have been part of documentary films by Albert and David Maysles. Although the pair had been together the final designs only had the names of Christo when asked the duo said ‘The decision to use only the name Christo was made deliberately when we were young because it was difficult for one artist to be established and we wanted to put all the chances on our side.’ Finally, much later in 1994, they revealed that the creative process involved both and was called the present name. 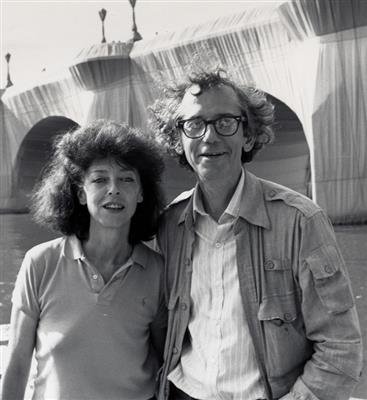 Some of their exceptional works include Wrapped Walkways – which was an attempt of covering the footpaths in Kansas City Park, wherein footpaths were covered with orange-yellow colour shiny nylon fabric. The pedestrian enjoyed the displayed artworks for two weeks in October while the total cost of the project was around $130,000 and required to cover an area of 4.5 km requiring 12,500 m2 of fabric.

The Umbrellas was initially planned to set up umbrella-like structure both in Japan and California with blue and yellow colours respectively at the same time. The exhibition started from October 9th 1991 and was made to end on 26th of the same month following the death of a woman and leaving several others injured, including another death during its dismantling process. The approximate cost of the project was around $26 US million and was completely funded by the couple itself strictly having no involvement of any kind of sponsorship. 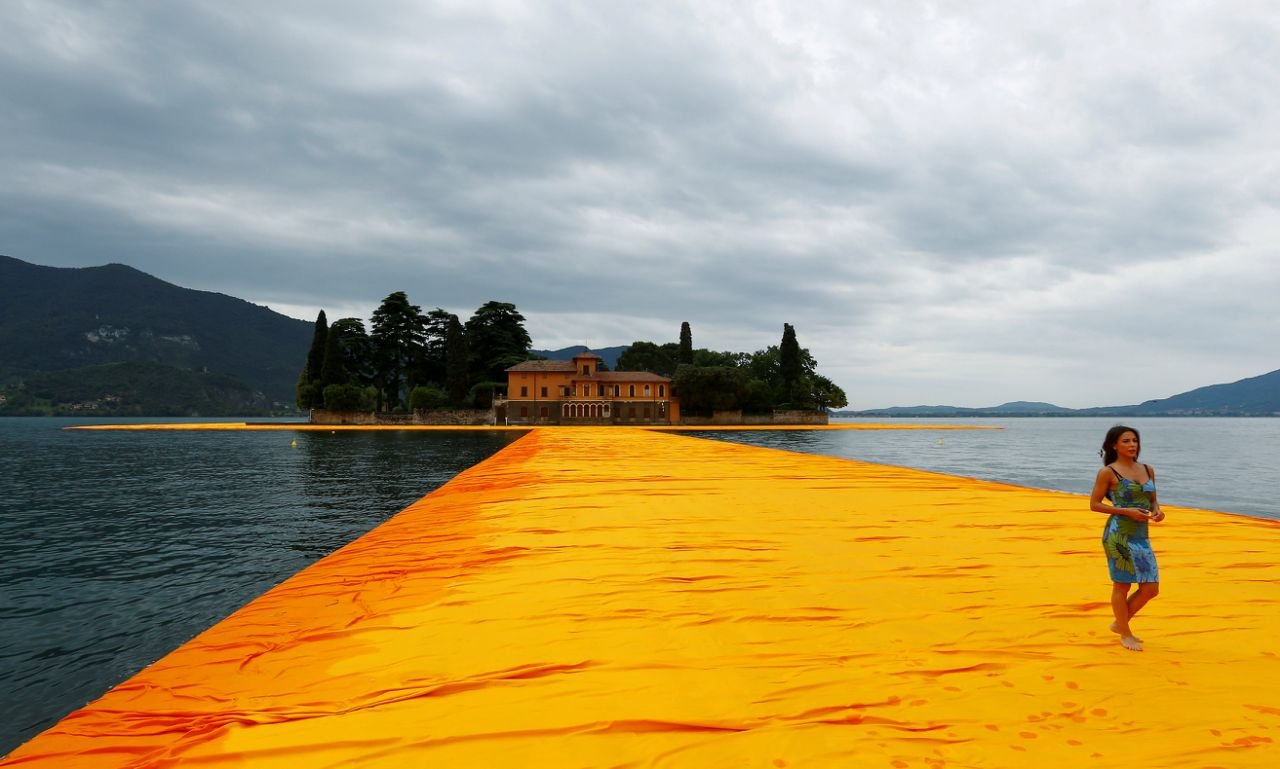 In 1964 the couple had participated in Documenta 4 and came up with the sculpture Corridor Storefronts, however, the duo also wanted to do another installation involving the air package with a volume of 5,600 m3 which would eventually be lifted by cranes and visible from a distance of 25 km. After about three attempts the couple finally was successful and became the largest inflatable structure with no skeleton ever constructed.

The couple’s most protracted project, The Gates, in New York City’s Central Park began in January 2005, in this around 7500 gates were made of saffron-coloured fabric were placed on the paths of the park. The gates were of 5 meters in height and an external fan was fitted to add on to the aesthetics, this installation won them the “Doris C. Freedman Award for Public Art”. 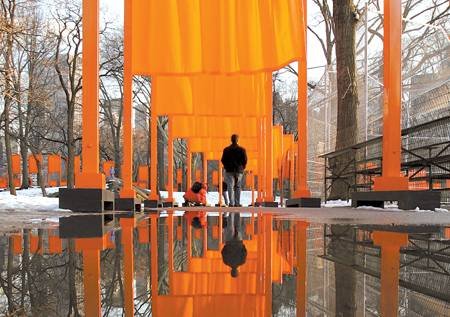 The Floating Piers were a series of walkways installed near the Lake Ieso, Italy by the couple in 2016 allowing the visitors to walk just above the water surface in the village of Sulzano on the mainland to the islands of Monte Isola and San Paolo. The entire structure was made by polythene cube soon the entire installation was taken for recycling after the exhibition but the owners of the island and the critics were all on the positive side.

Christo had received his American citizenship in 1973, and passed away in New York City on May 31, 2020, at 84, while his wife Jeanne-Claude died in New York City on November 18, 2009, earlier. As both of them are no longer with us a part of art shall probably be buried under their stones forever which perhaps the world could not experience.