Chinese hackers attempted attack on Indian Cyberspace more than 40,300 times in a week post- Galwan clash An Overview: After a...
535

Over the past 10 years, the very use of facial recognition technology in surveillance has become more and more common around the world and the computer programs that analyze images of human faces to identify them are used to pick out criminals and sometimes can even find lost children in seconds.

There is a good chance that at some point you’ve been watched, scanned or even analyzed by facial recognition technology, even without realizing it. There are now 109 countries, that are either using or have approved the use of facial recognition technology for surveillance purposes. The spread of this technology around the world has raised millions of important questions about the impacts on the privacy of such widespread surveillance. 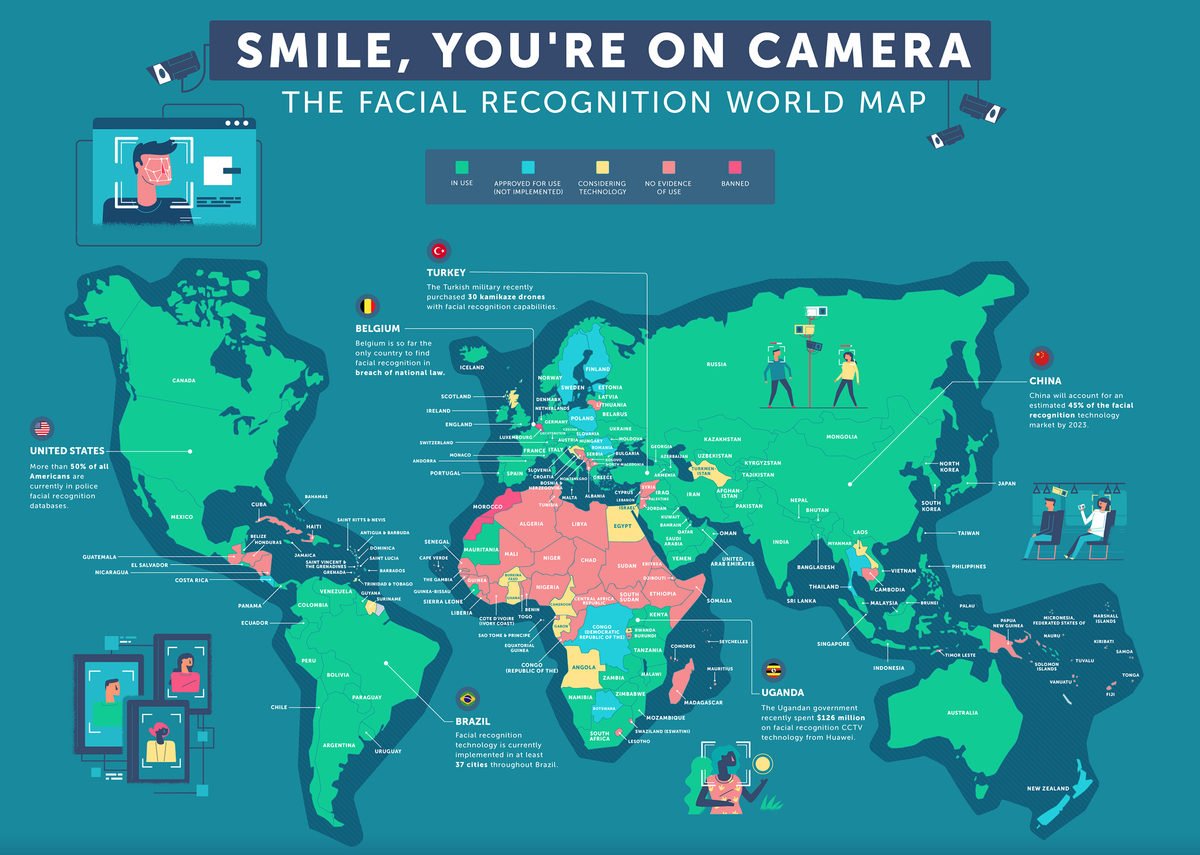 The use and widespread of facial recognition technology around the world and distilled that into a series of maps: 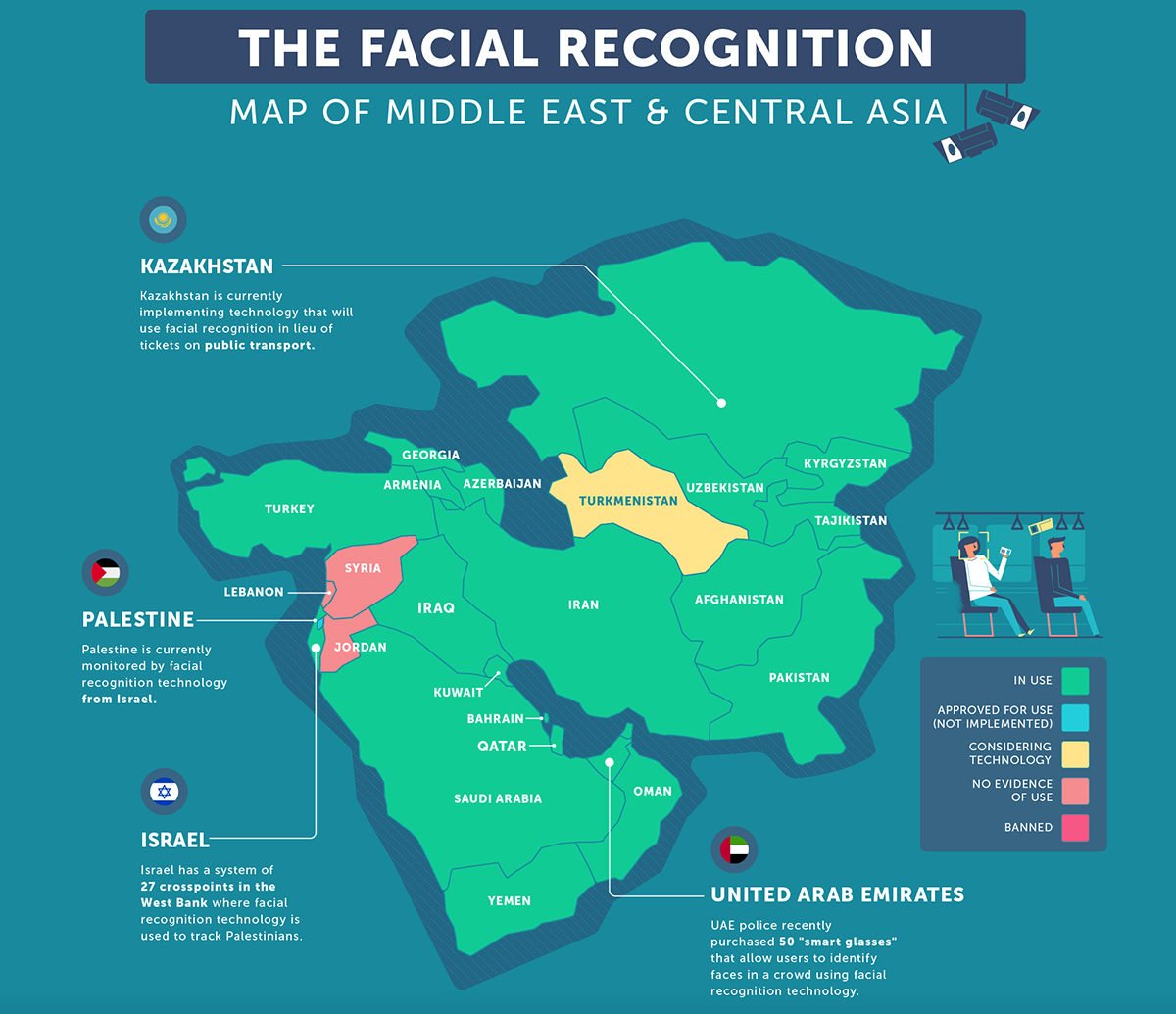 To create these maps, there is a use of the legal status of facial recognition in 194 countries and territories using a variety of sources.

“The goal of the map is to educate people about where facial recognition technology is being used across the country and the different ways that it’s happening and then give them the tool to do something about it.” – Evan Greer

Proponents of facial recognition that typically identifies people from video or photos by comparing their facial features with those in the database and can help solve crimes. Whether you approach facial recognition technology from the public and national security lens or from an individual liberty perspective, it’s clear that this kind of surveillance is here to stay.