PERSONA 4: GOLDEN is a Story-based Role – playing and Social simulation type of video game played in single-player game mode in Third-person shooter view. This game is Developed and Published by ATLUS. Director of this game is KATSURA HOSHINO and Designed by ATSUSHI WATANABE and AZUSA KIDO. 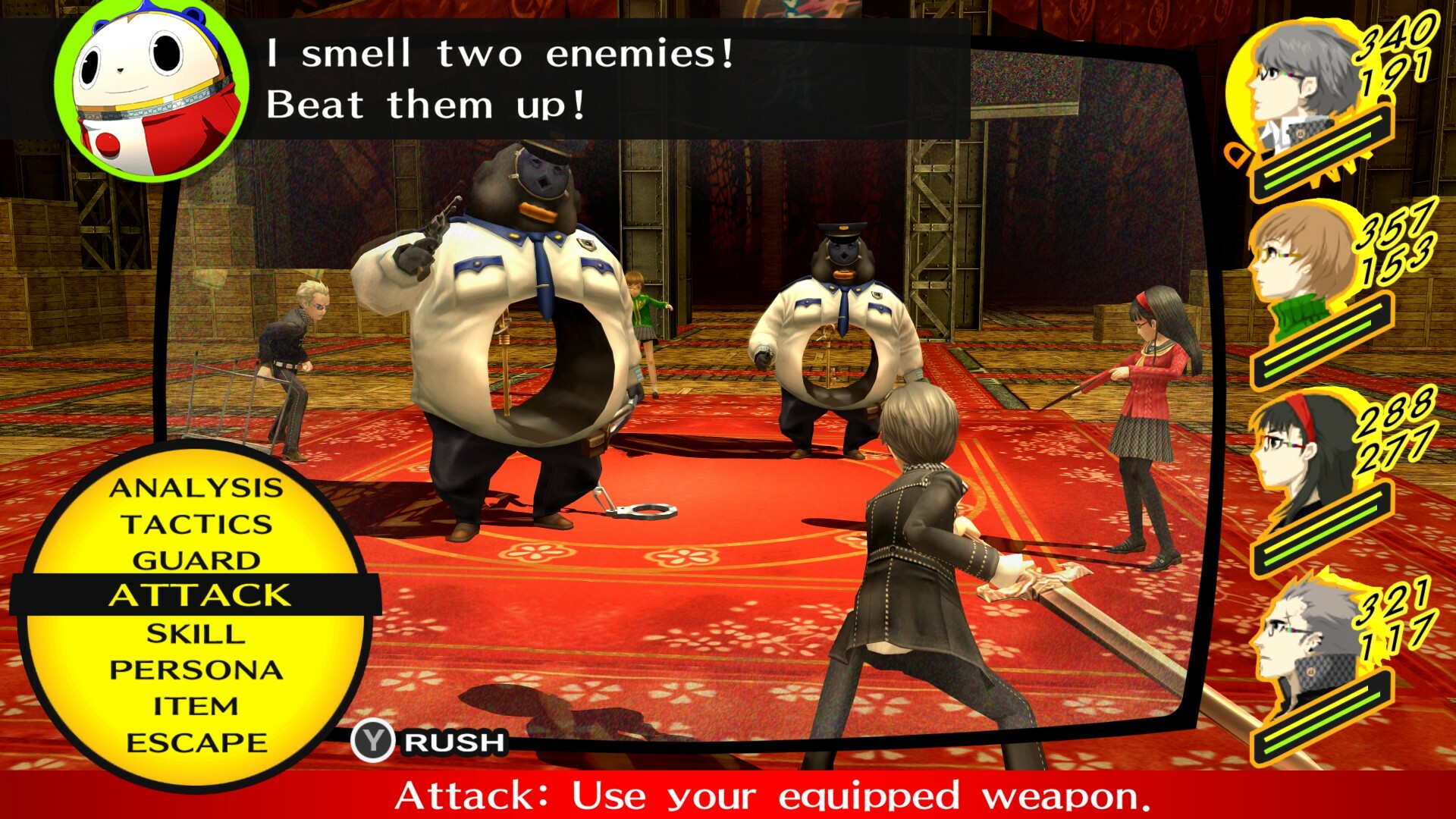 PERSONA 4: GOLDEN is a Story-based Role – playing and Social simulation type of video game played in single-player game mode in Third-person shooter view. In this game, the player needs to control a character who is a teenage boy. This character can be named by the player as he wants. This game is divided into two worlds, one is a real-world where the character carries his real life and the second world is a Mysterious world also known as TV WORLD which is filled with monsters and lots of danger.

In this game, the player can spend his day as he wants like, Participating in various real-world activities such as Joining school clubs, Taking part-time jobs to earn money, Reading books or exploring TV WORLD monsters which are also known as dungeons o gain experience and items which are helpful to us from the TV WORLD. In this game the player needs to attend his school, study, play with his friends, and enjoy his life as every child or a teenage boy does in his age. This game contains a Dialogue box which helps the player to start a conversation with lots of non – playing characters by his choice which can lead this game to different endings.

The main aim of this game revolves around Personas, avatars which are projected from one’s inner self that resembles Mythological figures and represents the facades worn by individuals to face life’s hardships. There are lots of personas which represent their own skills as well as strengths and weaknesses to certain attributes. The personas gain experience of combat by battles and by increasing their levels.

Each person can carry their own skills and old skills by themselves and can fight at any time. After the player enters the Mysterious world, The player assembles a party, consisting of Protagonists and more three characters exploring dungeons. The player needs to spot the monster and attack them to get lots of items and valuables and can bring them in the real world.