The Center of a Complex City: Beirut

$ August, Tuesday at 6 pm, an explosion with a force of a 3.5 magnitude earthquake at the Port of Beirut caused extreme damage to areas within the municipal boundaries. The centre of Beirut has suffered excessive devastation and caused massive damage to the Lebanese capital. The explosion resulted in about 200 deaths, thousands of wounded, and more than 100 people missing.

Since the time of the explosion, there have been widespread anti-government protests in the cities and international donor conferences led by Emmanuel Macron to rebuild the city, once more. The blast is believed to have been fuelled by 2,750 tons of ammonium nitrate stored unsafely in Hanger 12, opening a great controversy about the Lebanese government’s sovereignty over the port, and raising questions.

The history of Port of Beirut stretches back as far as the 15th century BC. In the 20th century, Beirut became an important seaport serving the oil trade and related passenger-cargo movements in the Levant and Gulf. The Port of Beirut has always played a significant role in Beirut’s history and stands at the centre of the city, surrounded by some of the most prominent neighbourhoods.

The Port of Beirut:

Port of Beirut has a rich history related to the divided past. From 1975 until 1990, Lebanon endued a vicious and prolonged civil war. The sectarian tensions and regional geopolitics became a part of urban space in Beirut, and it resulted in profound divisions and changes in the geography of the city. Few months after the civil war, in September 1975, the centre of Beirut became the core of militia fighting.

The Green Line gradually progresses from the southern suburbs to the west gate of the harbour. In the post-war era, the port of Beirut expanded to a major regional hub seaport.

Crucially, Port of Beirut stands adjacent to the most expensive real estate in town: The Beirut Centra District. In the early 1980s, this area was pinpointed for redevelopment, and at the end of civil war, it was the target of biggest investments operations in Lebanese history.

In 2015 and 2019, this area became the fulcrum of public anti-government protests. The protesters took over several buildings and squares in the city centre and campaigned against government corruption. Port of Beirut also stands close to dense residential areas of Gemmayzeh, Geitawi and the upmarket urban pockets of Sursock and Tabaris, separated only by a motorway.

The City, Rising from the Ashes:

The cluster of neighbourhoods hosts Lebanon’s state and private services, including the electricity provider (EDL), bus terminal and three hospitals. Gemmayzeh and Mar Mikhael, in particular, have undergone the process of gentrification in the last decade, as the prompting protests from residents against demolitions of heritage buildings, noise pollution and soaring property prices. 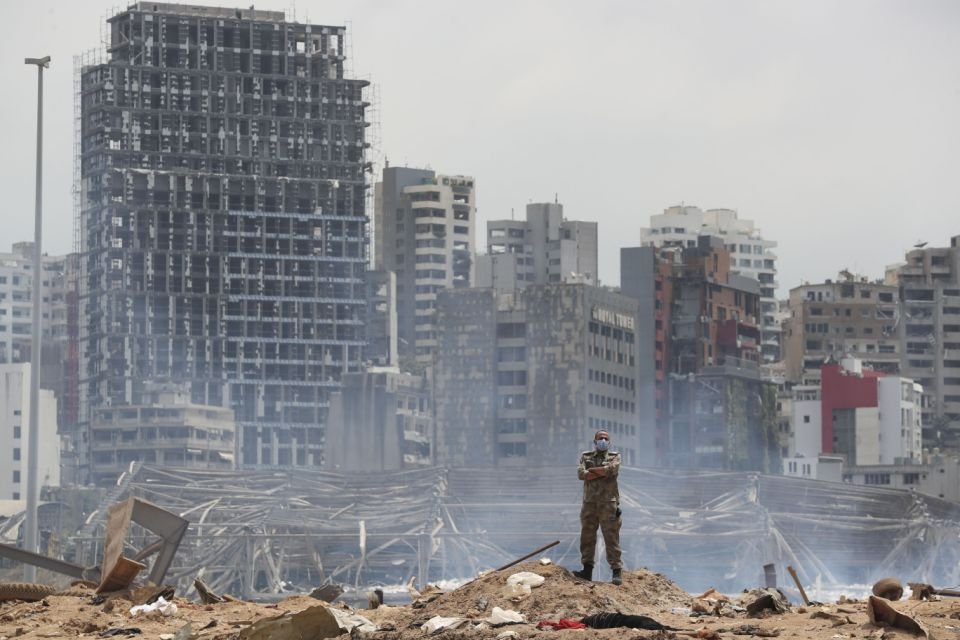 While Lebanon’s economy, infrastructure and basic services are already on their knees due to unprecedented economic crisis, widespread public protests and COVID-19 pandemic, another portion of Lebanon’s crucial national infrastructure is now in ruins.

After the port explosion, the Rising from the ashes has less traction. How resilient can a city be, before that resilience it the power to destroy it repeatedly, either by will or by negligence?

But first, before thinking of how to reconstruct Beirut, the events that led to the conflagration ought to be forensically unravelled. Things like who decided to unload thousands of tons of explosives dual-use material inside a port between two urban hubs? Who are the power actors composting the chain of command, and if there are any, that resulted in exposing the population to daily hazard for six years?