The ‘Shifting Nests’ is a project proposed by the BLA Design Group to provide a sustainable housing solution for...
398

It is a common phrase that time waits for no man. This notion is especially true in the fastest-changing metropolis of India, Mumbai. The land where time doesn’t stand still, the citizens of Mumbai are neither deterred by natural calamities nor terrorist attacks. Built on what used to be an archipelago of seven islands, Mumbai is one of the most congested cities in India. 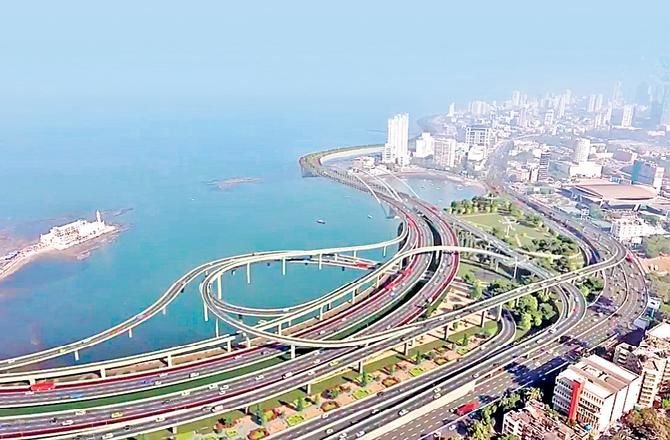 It is a 10.58 km stretch of road that starts from the Marine Drive promenade to the Worli-end, Bandra-Worli Sea Link, Phase 1 of one of the biggest and most ambitious land reclamation projects that Mumbai has seen, is underway.

The original project is the Mumbai Coastal Road Project (MCRP) that proposes the linkage of South Mumbai to North Mumbai with a toll-free freeway.

This 8-lane, access-controlled expressway aims to ease traffic congestion, distribute vehicular movement across routes, save fuel, and most importantly, time. The completion of the Mumbai Coastal Road Project will reduce fuel consumption by 35% and the 45-min time taken to travel from Marine Drive to Worli to a mere 10-12 minute drive.

Alongside ease of travel from South to North Mumbai, the Brihanmumbai Municipal Corporation claims that the Mumbai Coastal Road Project will open up some much-needed open, green space in the infrastructure-dense city. 70 hectares of green spaces in the form of gardens, open-air theatres, parks, cycling tracks, walkways, and butterfly gardens will be built adding the severely needed breathing space at the edge of the city.

The coastal road project of Mumbai will also contain four underground parking areas, designed to accommodate about 2000 vehicles. To strengthen public transport, the road will have Mumbai’s first exclusive Bus Rapid Transport System, which will further reduce the number of vehicles on road.

This project will also double as a dyke to prevent seawater from entering the city.

The Mumbai Coastal Road Project is to be built almost entirely on land reclaimed from the sea. The project contains routes of complex interchanges, tunnels, road bridges, promenades, and other green spaces. Out of 111 hectares needed, 80 hectares of land have been reclaimed so far. 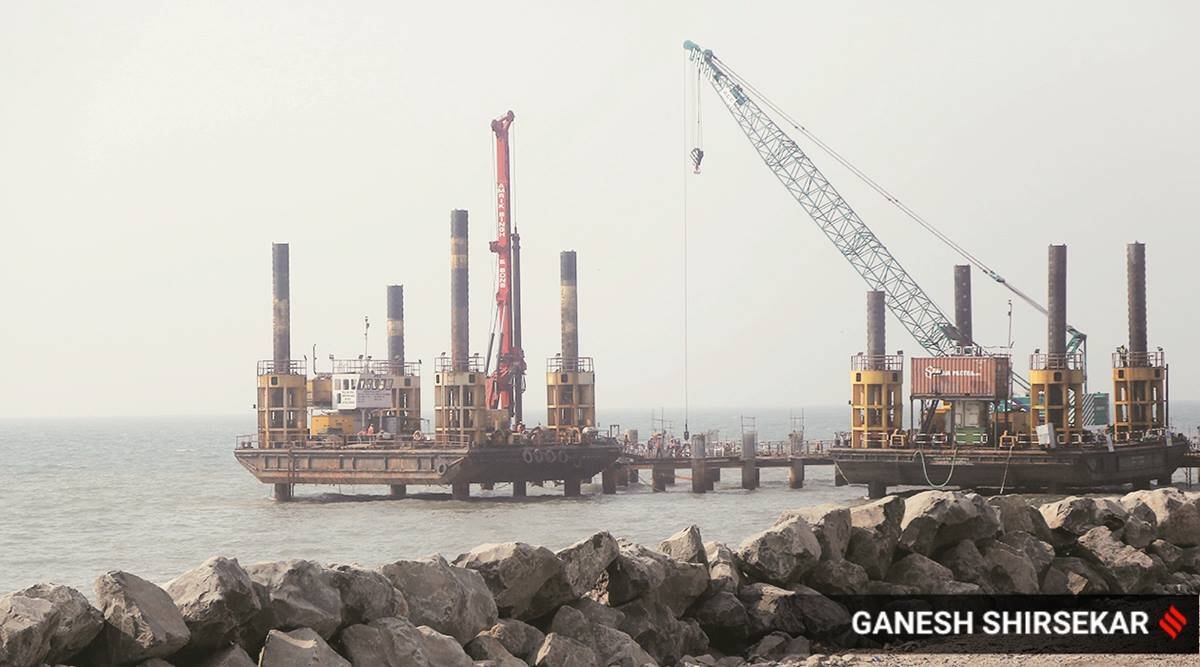 Originally, the plans for this road project began in the 1960s by Wilbur Smith and Associates when the study of Mumbai transportation depicted a future concern of congestion. Slowly but surely, the project developed and was finally solidified by the Maharashtra Chief Minister in 2011 after which the study to commence construction began. Co-operating with the Dutch government for their expertise in land reclamation and dyke construction, the Mumbai Coastal Road Project map obtained its final clearance from the Union of Ministry of Environment and Forests in May 2017.

The largest boring machine to ever be deployed in India- TBM Mavala has begun tunneling work in January 2021, operating 25 meters below the surface of Girgaum and 75 meters below Malabar Hill.

Contracted by L&T, the firm hopes to complete 9m of excavation and tunneling per day to achieve the deadline. 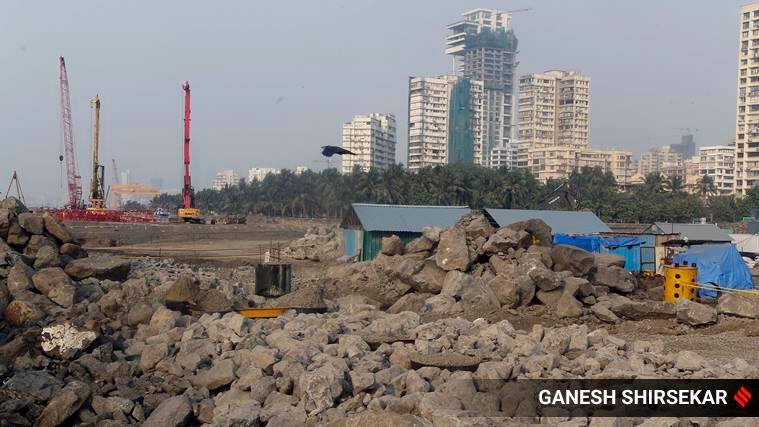 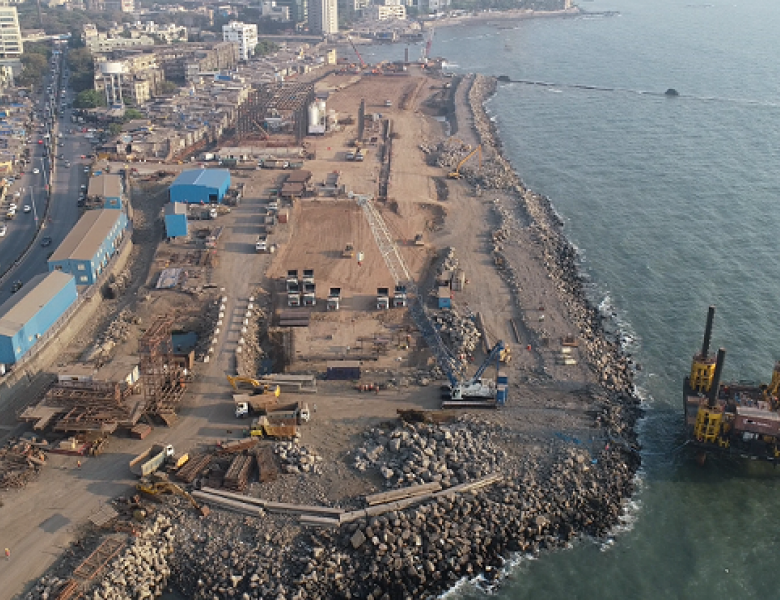 In terms of construction, there are two main concerns; one is the route that spans from Marine drive to the Priyadarshini park and the other of the tunneling under Malabar hill.

The route from Marine Drive to Priyadarshini Park is one of the most complex parts of the entire project as it features twin tunnels under the sea. These tunnels traverse under the Arabian sea and upon completion, will be the first of their kind in India. 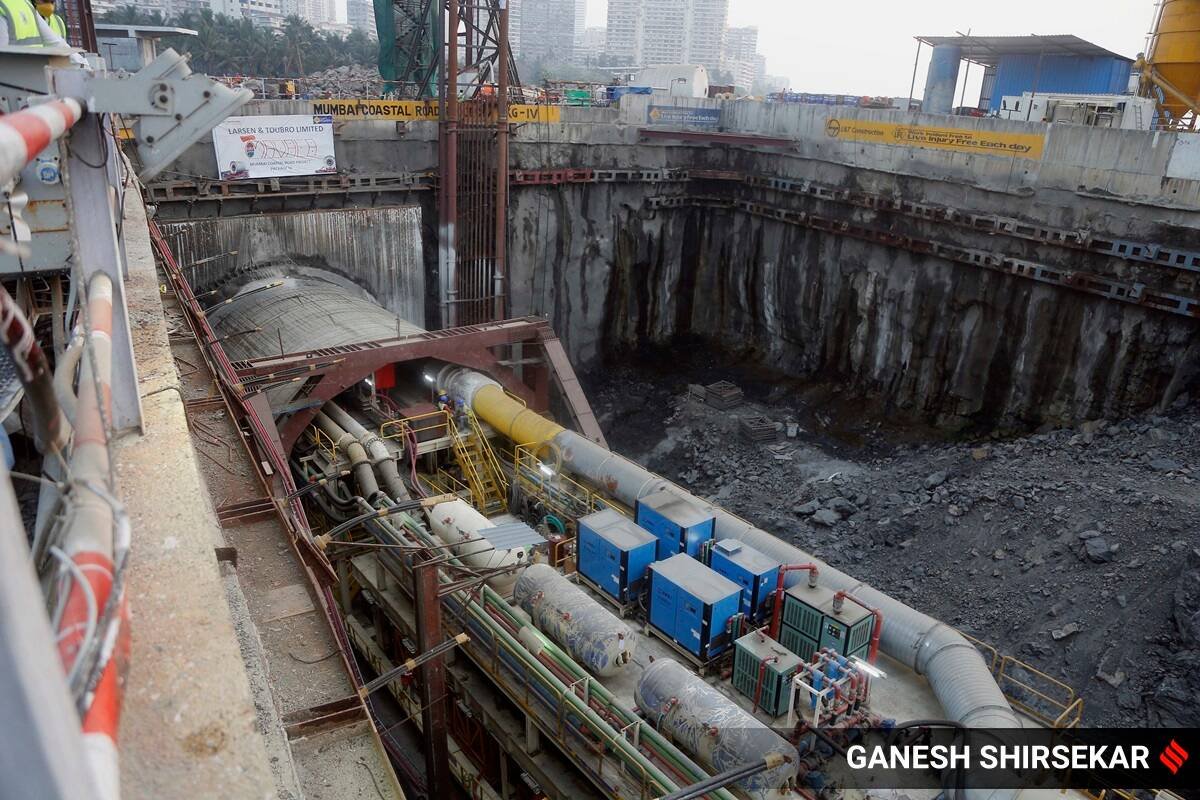 The second concern is about the TBM Mavala tunneling under Malabar Hill. Tunneling through hard strata is convenient while the same through looser soil is trickier and more time-consuming. It has been realized that after the looser soil under the hill, the TBM Mavala will meet marine soil which will be the hardest to tunnel through.

Despite the commencement of construction, there are still voices raised against the continuation of the project. While the MCRP promises 70 hectares of green space, concerns have been raised about the adverse effects of land reclamation from the sea. The fishing community and environmentalists have raised concerns about the irreversible damage that will befall the marine life, fishing grounds, and fish-breeding areas due to the MCRP. 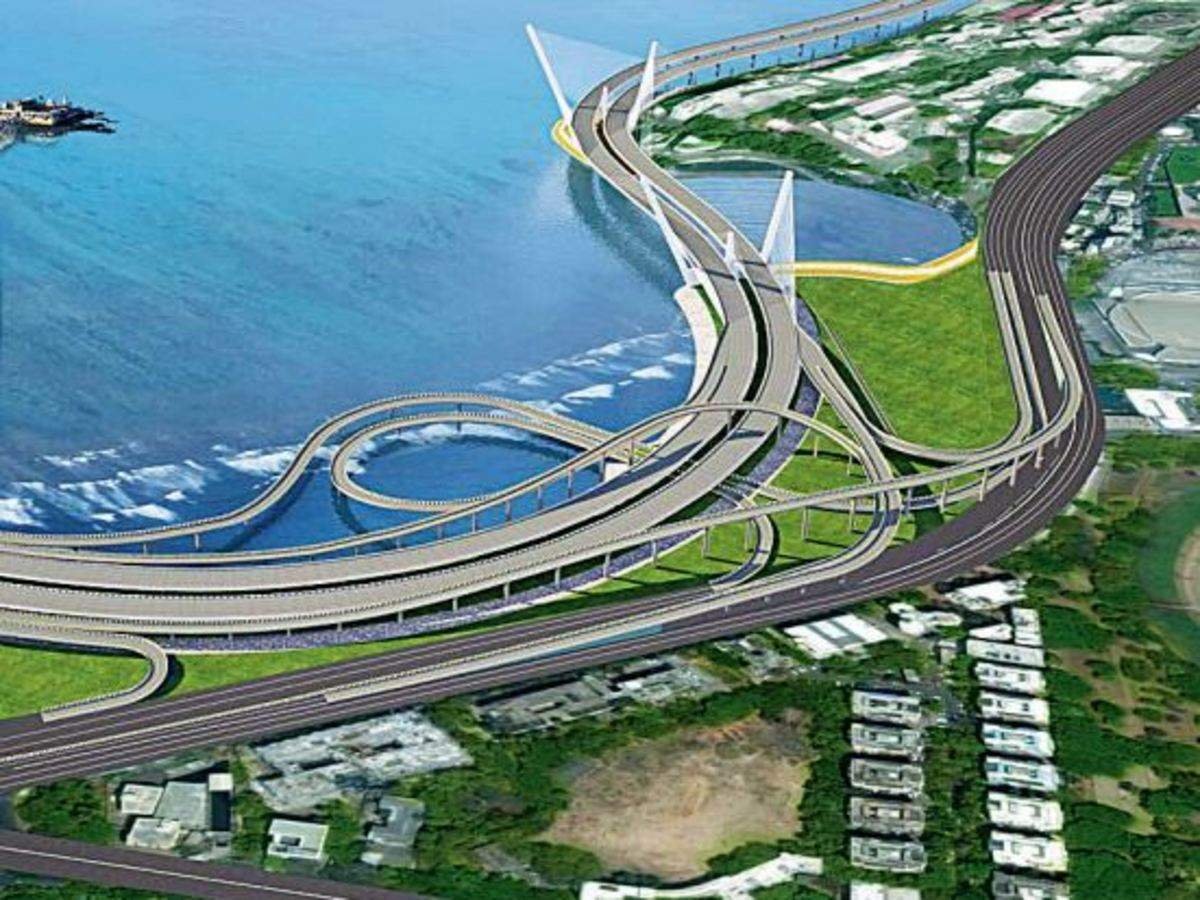