Leonardo da Vinci was an Italian polymath of the period of Renaissance whose wide contribution towards the field of invention, drawing, painting, sculpture, architecture, science, music, mathematics, engineering, literature, anatomy, geology, astronomy, botany, palaeontology, and cartography. He is often also called as the father of palaeontology, ichnology, and architecture, along with his extraordinary skills at painting. Some of his famous paintings include Monalisa, The Last Supper, Vitruvian Man and many other of such kind he is often considered as a ‘Universal Genius’ by various around the globe. Scholars have considered his works to be an outcome of logic, though the empirical methods he used were unorthodox for his time and is also known for his technological ingenuity. An ideal city relies on a concept of a plan that has been thought of with a rational or moral objective. The ideal city is usually based on grid planning or on specific geometric patterns, it is often termed as an attempt to deploy Utopian ideals on the aspects of urban configuration along with the living spaces and the other amenities. 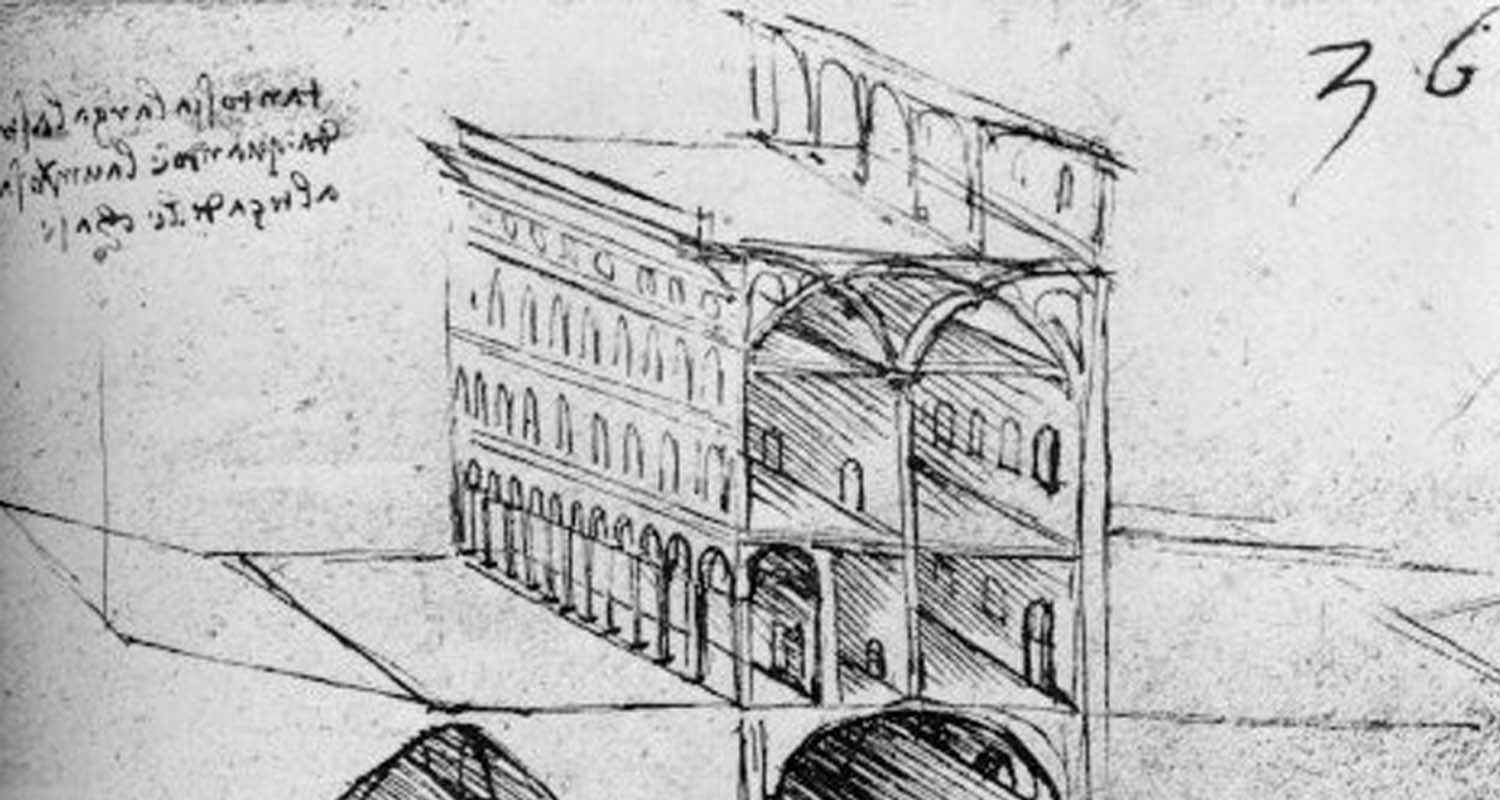 It was believed that the ideal city planned by Leonardo da Vinci was ahead of his time which he versioned way back at the end of the 15th century approximately 5000 years ago happened to be an optimized and clean urban space. During this time the pandemic of all time, Plague had almost killed one-third of the European population with no specific reason for the cause several analysis and conclusions were devoiced. Hence many began to question the planning of the cities which were full of narrow, dirty and poorly ventilated streets in which people, animals and waste would accumulate thereby the perfect ambience for the growth of infections were created. Along with these hygiene problems, there were major issues of transportation as well which eventually slowed down the growth of commerce. Therefore the redesign of the entire urban cities and rethinking their purposes had become a priority hence the Humanist Movement also considered on this point.

According to Martin Civiera in ‘Leonardo Da Vinci’s notes for an ideal city’, was modelled for 30,000 inhabitants having an open plan concept with absolutely no retaining walls by the sides of Ticino River, which crosses the Italian provinces of Varese, Novara, Milan and Pavia, in the north of the country. Water has always played a pivotal role in all of the da Vinci’s works; the same was noticed this time in his city’s plan where the river would end into the city’s channels and was also planned around the same.

The structural plan had a distinctive vision to achieve the cleanliness and sanitation goals, having an integrated underground sewage system having dedicated commercial roads and pedestrian roads. The planning even had seismic considerations, with the upper part of the city was located above three meters over the channels. The street width was kept either similar or more than that of the adjacent buildings which also provided with proper ventilation systems, allowing the best amount of natural light in the interiors. The water distribution network was made dependent on the hydraulic mechanisms supplying the same to all the rooms, commercial spaces and the workshops. 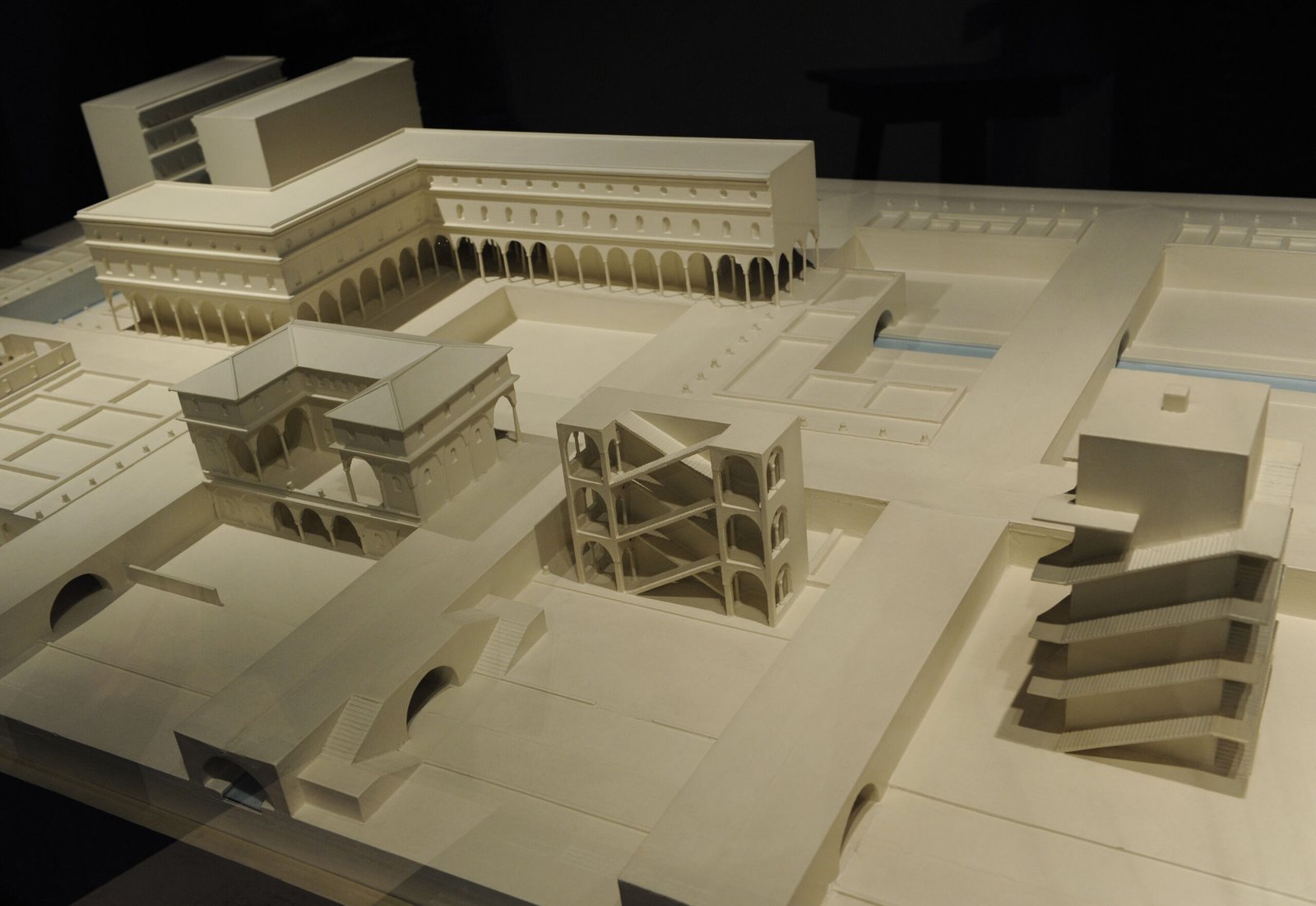 Da Vinci’s urban planning of an ideal city included the most out of the vertical structures, making it assessable from all the parts of the city. The laid down underground configuration was connected with the lower levels assuring the supply of all the necessary essentials, the staircases were placed outside the houses connecting the entire structure together.

Beginning a Revolution in Design

Designing the spaces for the pedestrians was also considered as an important consideration hence the most challenging aspect for all Renaissance inventor, architect and engineer was to have dedicated and separate roads for pedestrian movements. The genius had offered a solution for this as well, in his plan and also devised a very simple solution for this user-friendly segregation ideology that was to create a city with various levels. A lower level designed for trade and transport, facilitated with all kinds of trade-related transportations and an upper level, which was an open and well-ventilated space, to be used and enjoyed by citizens. Hence the upper part of the city was exclusively designed for the pedestrian movement with all houses, squares and other public buildings maintaining both the purpose and the aesthetics.

The modern design very cleverly wiped out the social differences among the various class of people which continues to exist even till date, hence the design of the city was way advance and ahead of his time. However, some of his ideas were practised during the 19th and 20th centuries, with the outbreak of modernism and avant-garde movements, and the renovation of the layout of some cities like in Paris.