Amsterdam is the capital city of Netherlands, known for its artistic heritage having narrow typical houses with gabbled façades, is a place which promotes cycling as the major means of transportation. The city is primarily known for its severe contributions towards promoting social interactions and has made a name for itself distinctive for the canals, coffee shops, and the liberalism.

Social distancing is the practice of preventing and controlling the infection by avoiding or decreasing contact between those who are infected with a disease-causing pathogen and those who are not, so as to stop or slow down the rate and extent of disease transmission in a community, eventually letting the disease to fade away. However, the city has decided to abide by all the basic rules including all the social distancing norms with opting for a complete shutdown of gatherings and so on. 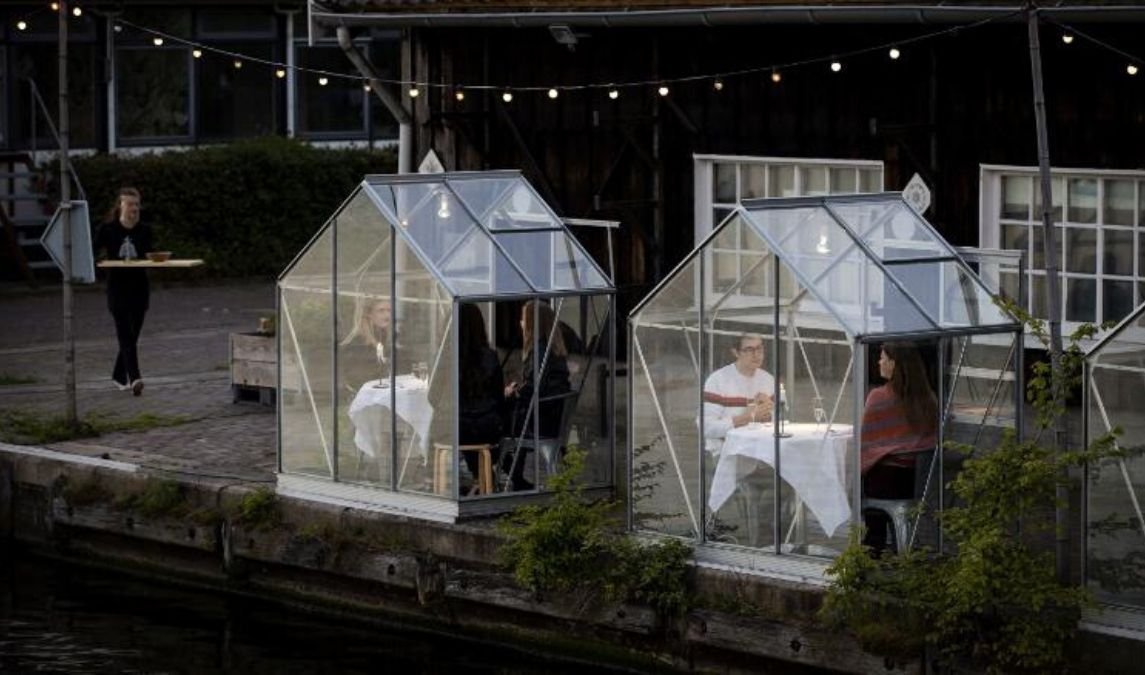 As the countries in Europe decided to slowly come out of the lockdown process, Mediamatic a restaurant in Amsterdam has decided to take on to take an innovative approach along with others trying to experiment with new ways to operate all social spaces maintaining the safety of the citizens. This restaurant has set various small greenhouses along the Oosterdok River that allows for an intimate dinner for two. This has created a perfect ambience for couples who are looking out towards the element of privacy while enjoying their meals along with a great view of the riverfront.

The restaurant happens to still be on a test phase with this idea, with the Dutch restaurants opening in June, this method has been structured in such a way to ensure the safety of both ends. The foods will always be served from the wooden planks placed outside each of the cubicles and also they have been placed guaranteeing the 1.5-meter distance, the restaurant hopes to open in june and will start taking reservations last week of may. 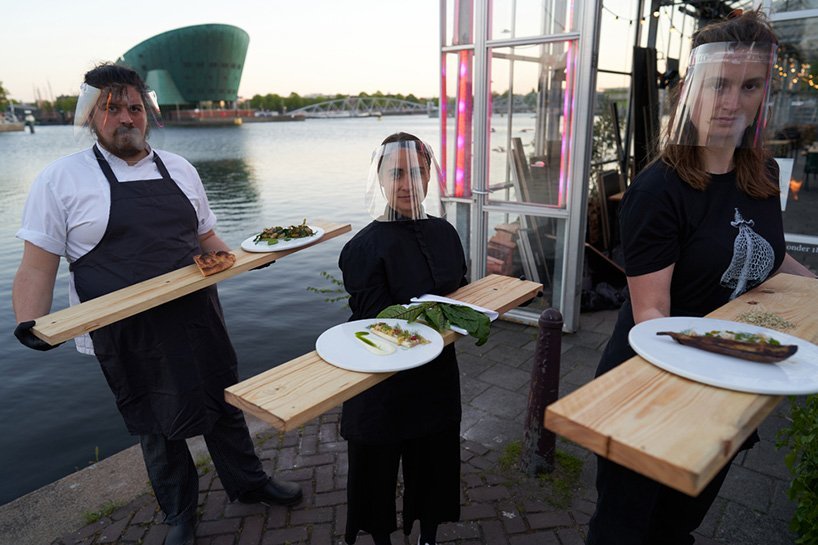 The staffs have also been made to wear while serving the food to the customers, however the entire setup remains to be at a trail stage, maximum of a group of three would be allowed while solo dinners would also be appreciated.

As the global pandemic of the COVID 19 has hit the entire with major superpowers opting for a complete shutdown with all aspects, the global economy has reached stagnation as well. This had forced the hotel and food industry to also stop all of their services, hence the industry is struggling to keep at it, therefore are trying to reason out with various measures to overcome the issues. In the Netherlands, where there are currently more than 40,000 confirmed cases of Covid-19, restaurants are expected to open from 1 June with reduced capacity. This idea by the Dutch restaurant has successfully solved all the problematic aspects ensuring the aesthetics of a classy outdoor dinner setup along with an amazing view.

With the Indian government stepping into lockdown 4.0 the hospitality industry needs immense support to continue the way it used to, an estimate has been made which state that about 30% of the employees would loose their jobs while some companies have decided to cut a percentage of salary. Hence sustainment of the industry and counting the losses is becoming nearly impossible with each passing day.