Ivo Bisognino’s solo exhibition ‘human forms’ sprawls the ancient southern cave at Israel’s Beit Guvrin national park. The ‘human forms’ show stands as an incredible example of how art can be displayed to the public. The exhibition is in such a way that it provokes the atmosphere of the site and allows for social distancing as well. 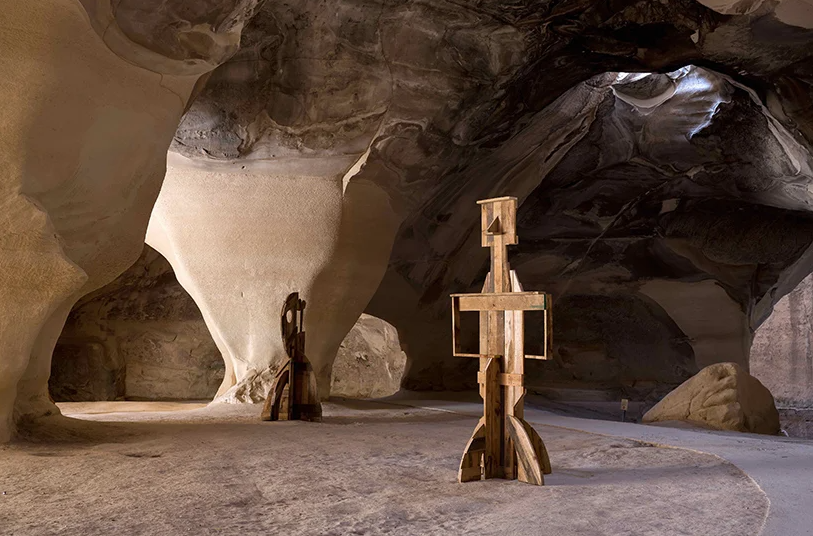 The ancient cave outside Jerusalem will reopen to the public for the first time in 25 years to serve as the unprecedented location of the exhibition. It’s a solo output by the Italian contemporary artist; the show will is said to be based around wooden sculptures of human forms, as well as visual artworks and hand-drawn animations, spanning decades-long career up to present time.

‘Human forms’ exhibition comprises of seven sculptures and five video-art projections for the first time by the multidisciplinary artist. The work creates a harmonious tension between ancient and digital, inanimate and the human. Among the seven ‘human forms’ sculptures contains their own personality and identity. These sculptures have been erected throughout the southern cave forming a juxtaposition with its organic interiors. 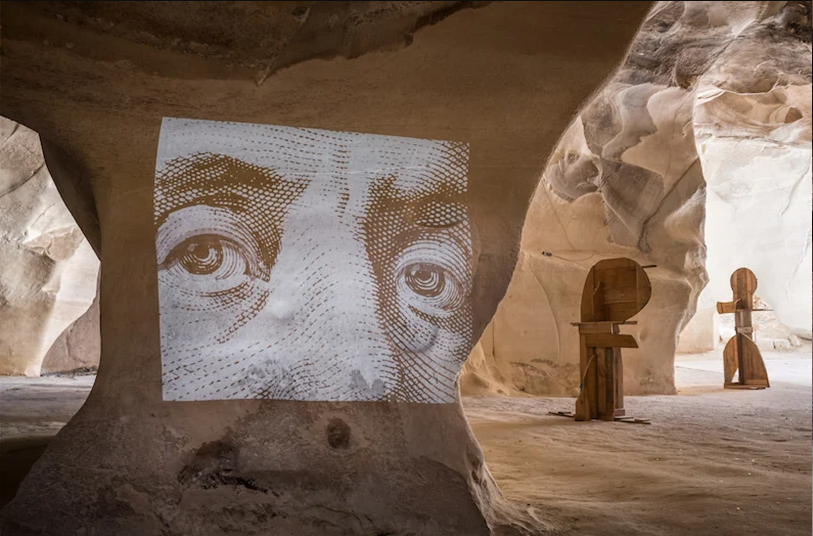 Other than the sculptures, Bisignano’s five video artworks include hand-drawings of black and white crows, lyrical texts, and pop art references forming a dichotomy between light and shadow across the limestone cave. The multidisciplinary artist’s work subconsciously contrasts the moving and still, the permanent and temporary, the living and inanimate, into a world with a distinct language all on its own.

‘Human forms’ was born out of a desire to give Bisignano’s lifelike wooden sculptures a temporary home in an archaic context to create symbiotic energy between the elements. The sculptures are designed as monoliths, and as shapes that stand out in the ground belonging to it. 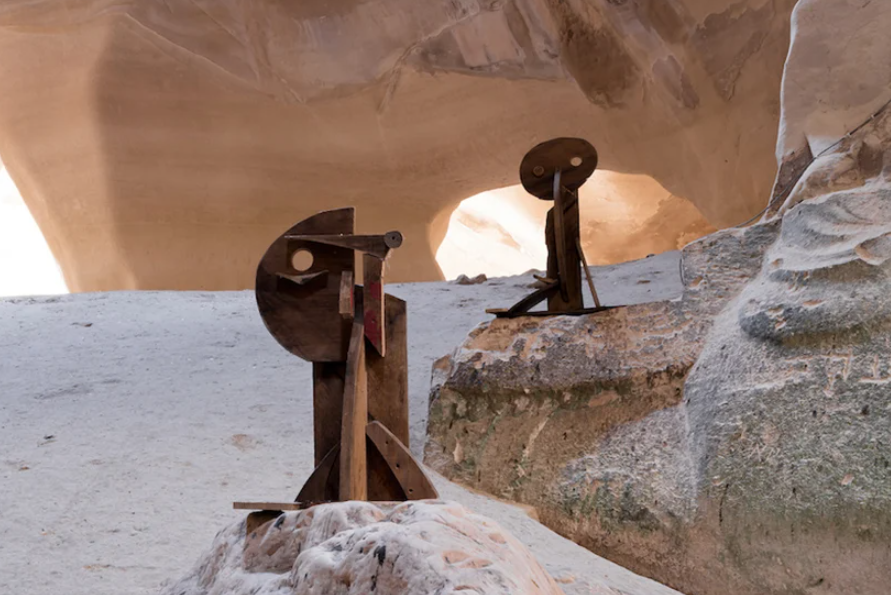 The site was formed by the hands of man dating as far as 112 BCE, and the southern cave is the perfect physical, metaphorical setting for Bisignano’s exhibition. Human hands once created the various shapes and grooves in the cave as a prehistoric form of art. The southern caves are served as marble quarries during the byzantine and early Muslim periods, providing building materials for cities.

These human forms exhibition runs through November 2020 and will be accompanied by complete texts from leading art and creative luminaries.