Modernism tries to make design universal and does not draw parallels from the regional and cultural contexts. It was indeed a style in architecture that had no prerequisites relate to the site as such. The modern ideologies and imagery hold for any region in the world. Hence, in a way, this meant fading away of local and cultural significance. This, therefore, resulted in regional awakening. Ths moment is better known as Critical Regionalism. The concept of critical regionalism emphasized on regionally influenced design. Critical regionalism was co-relating with the local environment. This, therefore, showcased cultural and regional features in architecture. This also made designs to adapt to the local climate.

Modernism influenced the world to a large extent. Tall modernist towers of glass and steel were soon erected in many parts of the world. Imagine a building in pairs being as similar as in New York. Imagine Buildings in Mumbai having nothing to do with the Indian culture and tropical climate. Also, suppose Buildings in London were as similar to as in Sao Paulo. Isn’t that strange? The cultural and local context were losing their say in the newfound modern architecture. Such was the influence of modernism. Thus, there felt a need among the architectural community to revisit the cultural context in architecture.

The need for a Critical Regionalist awakening

Apart from the cultural and regional imagery, the climatic adaptations were getting lost. What modernism did was prescribed the guidelines for a ‘modern’ design. But this missed on the needs of the local environment. Architecture refers to creating comfortable and habitable spaces. A tall glass structure might do well in New York, considering the climate. But is it feasible to erect the same glass structure in the Middle East? The quest to establish ourselves as ‘modern’ led us to ignore the needs of micro and macroclimate.

Raj Rewal was one of the pioneers of Critical regionalism in Indian Architecture. Through his designs, he managed well to give India a newfound architectural style. This style resonated with India’s modern aspirations at the same time took account of the local climate, culture and regional architectural features. India’s post-colonial architecture cannot go without the mention of Architect Raj Rewal. 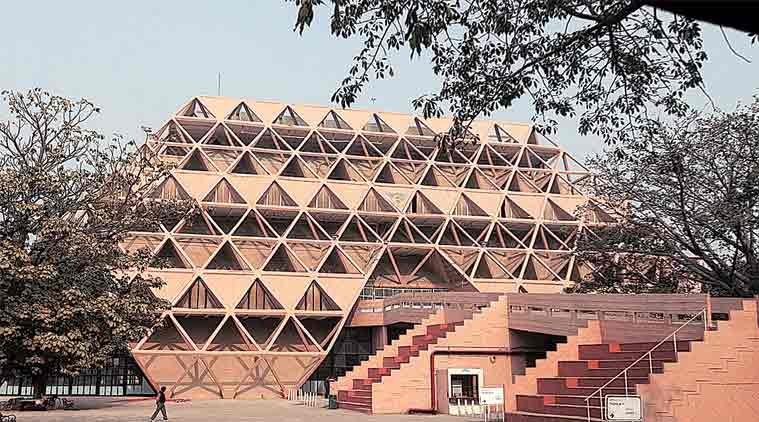 One of his noteworthy projects is the world’s first and largest span space frame structure, The Hall of nations. It is a marvellous achievement in reinforced concrete but at the same time had imagery that resembled regional features. Furthermore, his design of the Indian Science Academy, New Delhi introduced traditional concepts of the central courtyards and the earthy colour tones of the facade in the modern context. Rewal’s design of The Ismaili Centre, Lisbon established the use of modern materials of concrete and glass in traditional forms & geometries of Islamic architecture.

A Portuguese architect, Alvaro Siza is indeed one of the most celebrated architects. His works showcase infusion of nature with architectural forms. His ideologies focus on creating spaces that resonate with the natural light. Space with exposure to the sky is one of Siza’s typical features of the design. His works are described as ‘poetic modernism’. Leca swimming pool complex by Siza shows the integration of the built form along with nature and thus is a great example of critical regionalism – design in response to nature.

Critical regionalism makes us think! We might have a liking for a certain style of design or material, but our liking needs not fit in need of the space. Spaces must be designed with the response to the user needs and the local cultural context. This will ensure architecture to attain the significance it is supposed to.