Chandigarh was the dream city of first Prime Minister of free India, Sh. Jawahar Lal Nehru who directed it to be planned by French architect Le Corbusier is located on the foothills of Shivaliks was the first planned city proposed in the country. It is believed to be planned and designed for the people and is based on a layout on a grid system which acts as each unit in a sector.

During the partition of free India, the provinces of Punjab was divided into two parts, the capital was left on the other side therefore the new Punjab needed a capital. Therefore Le Corbusier was approached by the government of Punjab initiating a modern, bold and apprehensive experimentation on the urban planning sector of civic design. The principal architect along with Maxwell Fry, Jane Drew and Pierre Jeanneret was also involved in the process, although the design of the city was devised by the New York firm of Mayer, Whittlesey and Glass who received the contract from the master plan. 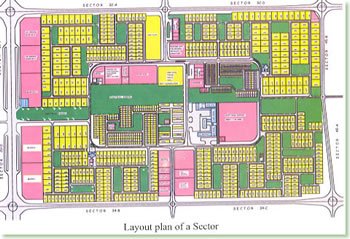 The city was strikingly versioned to be a magnificent model of urban design where he imagined it to be planned according to human scales having their specific well-defined purpose. The imaginative head would be the capital, the heart would act as the city’s centre, the stomach defined the commercial area, the arms would imply the universities and industrial zone, lungs were the leisure valleys and other open spaces lastly the arteries were the network of the roads and street.

The city was essentially divided into sectors, each one of them being of 800*1200 meters each enclosed by roads dedicated for fast moving vehicles. A total of 30 of these sectors were built in Chandigarh, for a population estimating to be between 5,000 to 20,000 inhabitants. Attention was given to the network of roads as well and was categorized into a system of 7 Vs, where each of the V was dedicated to a specific type of route. V1 was for fast roads connecting Chandigarh to other towns, V2 was for arterial roads, V3 for fast vehicular roads, V4 for free-flowing shopping streets, V5 for sector circulation roads, V6 Access roads to houses and V7 for the footpaths and cycle tracks. 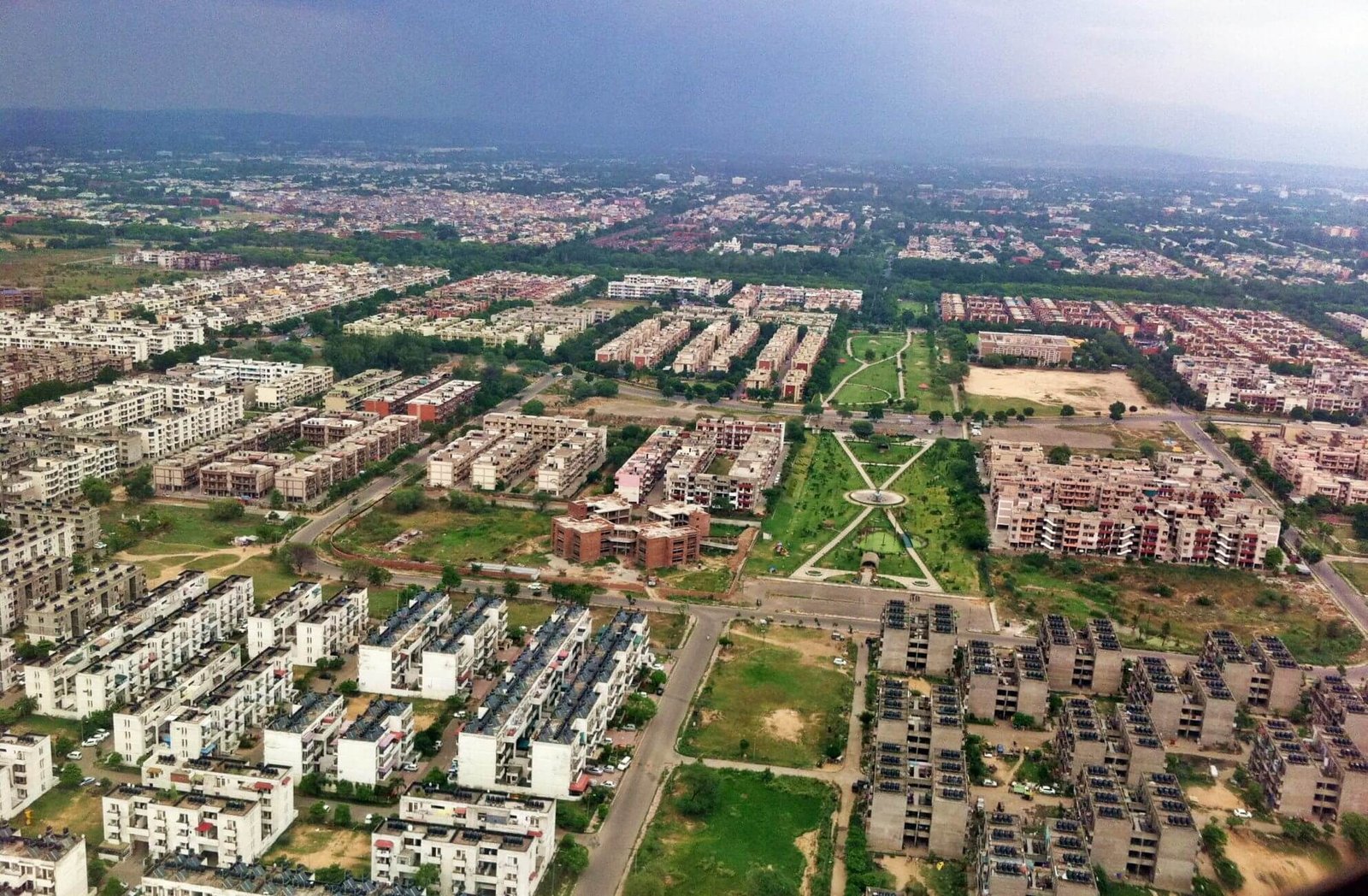 The residential buildings were planned using a mechanism known as ‘frame control’ created by the municipal administration controlling the facades. According to this the council would decide and regulate the height of the building, the construction materials, the fenestration standards even the boundary walls including the setbacks.

The aim behind the preset norms was to ensure the vision is not being compromised on, it was to make sure that the view from the street which belongs to the community was to be same and maintain its uniformity. The administration was to directly have control on the commercial and institutional building located on the V2 roads. The central part of the city was based on a grid pattern, however, the interior where left on the owners and for the exteriors certain restrictions along with variations were given to make them each look different from each other.

The overall plan was a significant step taken in free India the introduction of sectors met the human need, the dedicated roads for pedestrian and vehicular movements were also a much-needed goal that was achieved. However, there were some of the negative observations also discussed by various eminent architects and urban planners. Some of which being the similar-looking roads might be a reason for confusion, concrete being the most used element for construction gave it a rough look and experts say that city was not ideal for people of the lower-income groups. Hence a lot of development and modification was added to the city in three steps.