As the global population is reaching heights and the urban planners, town, and city planners are faced with the question of how to accommodate more people. Urban planning can be seen as becoming a challenge with growing populations, and there needs to be a solution for this. So, can Big Data really change the scenarios of planning?

Numerous cities now are smart cities and the results are incredible. The trend is to be set to continue at a better place and by 2030, it’s predicted to be an entirely different world, how the smart cities will shape up the societies. With rapid innovations taking place in technological fields – AI, data analytics, smart cities have been on the fastest developments using technologies. 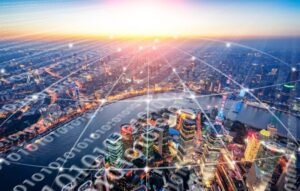 So What is Big Data?

Quantities, characters, or symbols on which operations are performed by a computer, that may be stored and transmitted in the form of electrical signals and recorded on magnetic, optical, or mechanical recording media.

Big Data is also a data but with a huge size. It is a term used to describe a collection of data that is huge in size and yet growing exponentially with time. Some examples of Big Data include:

There are over 1.3 million people moving into cities each week and by 2040, 65% of the world’s population is expected to be living in cities and 90% of this urban population growth set to occur in Africa and Asia.

To become a smart city, cities shall have at least one thing in common – reliable (sensor) data for long term decisions. By inserting sensors across city infrastructures and creating new data sources – including the population via their mobile networks. Big data has a huge potential to increase and make use of smart city services that can be analyzed by businesses to make appropriate strategic moves.

Information Technology and communications technology (ICT) plays an important role in smart cities by making data that are collected through information technology components available. And this technology is commonly known as the Internet of Things (IoT), communicating between connected devices while exchanging data that requires internet, wireless connections and other mediums.

Cities use the Internet of Things (IoT) devices to fetch data and efficiently process it for implementing it in a particular area. Smart city sensors and the connected devices collect data from various smart city gateway installed in a city and then analyze it for decision-making.

The other technologies can impact the smart city process – cloud platforms and analytic applications offer an economical means of managing transportation data and solutions, creating insights that deliver efficient and safer traffic routes.

The Three Layers of Data:

First Step (Tech Base): Technology base, includes a critical mass of smartphones and sensors connected by high-speed networks.

Second Step: Translating raw data into alerts, insights. This is where the smart applications and data-analysis capabilities with technology providers and app developers come in.

Third Step: It is the usage by cities, companies, and the public. The applications succeed only if they are widely adopted and manage to change behavior. 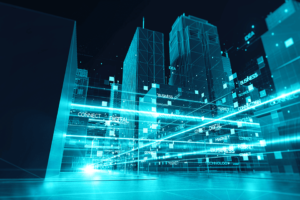 Smart cities share one characteristic – all use sensor data to improve city management. The big data help cities and manage urban issues such as waste disposal, transportation, and saving resources.

Data is, of course, the modern planning decisions ever taken by people. It is important to understand how a project of this huge scope is impacting the citizens.

Now, lets’ look at some examples of how Data is helping cities around the world:

Smart city technologies and applications are helping cities to change into a greener, safer and effectively planned urban environment. Urban planning will not only rely on big data in the future but also can be used to create an all-inclusive approach to urban planning. Big data has the potential to change and manage processes and it will be interesting to see collaborations between tech companies and the developing future.

Cities and urban areas are always developing and will keep developing at a rapid rate and perhaps big data can make sense of these complexities. Big data stands at the forefront of this endeavor to provide connectivity at a citywide scale and the technologies will play a primary role in this growing trend to create a better place in the future.