Like all cities, Urban Oases are architectural. They include structures that allow green spaces or allows engagement with existing parks and green areas in addition to the concrete structures. An Oasis is defined as a source of food and water in remote areas; a life found in barren lands. Likewise, cities that are often lacking in biodiversity are also considered to require them. 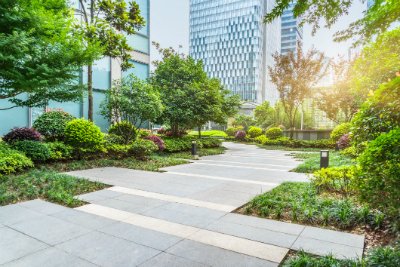 It has now become a global issue to conserve the biodiversities in cities and to make urban citizens aware of the natural processes that play a huge role in human sustainability. A focus on planning and growth of green infrastructure is required that can protect the green open spaces and corridors. There are some instances where there is more focus on conserving biodiversities in natural areas but, often, the design and management of business districts or neighbourhoods are overlooked. This results in residential and commercial areas being heavily influenced by green urban infrastructure.

To increase the pliability of urban cities in the changing climatic conditions, proper planning and tools are required to support it. Rainwater management, pollination services, wind deflection, and recreation, for example, are called ecosystem services and are produced as benefits from green architecture. Green infrastructure makes our cities more healthy and pleasant. 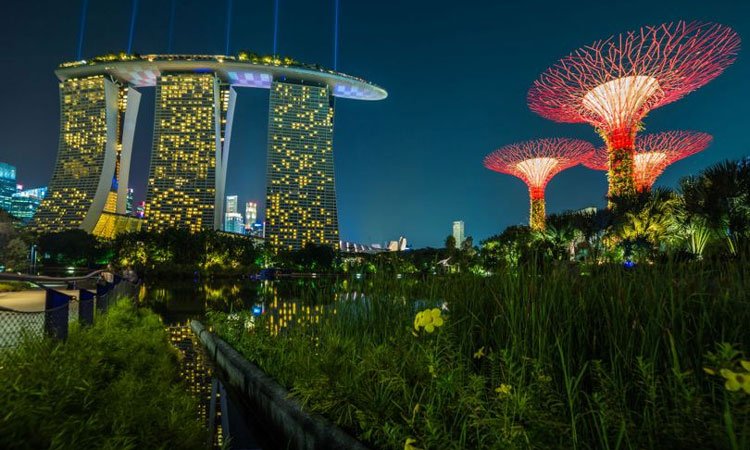 More use of urban biodiversity can have positive impacts such as improvement in air, water, and soil quality, decrease in human migration which means that humans are healthier with fewer disease patterns. Increased capacity in water and energy sources making cities financially available with health and resources. It increases the economic health of the urban city with a decrease in the waste of energy. Human interactions are proved indirectly related to biodiversity as there is a growth in human physical and psychological health along with rich cultural and economic stability. 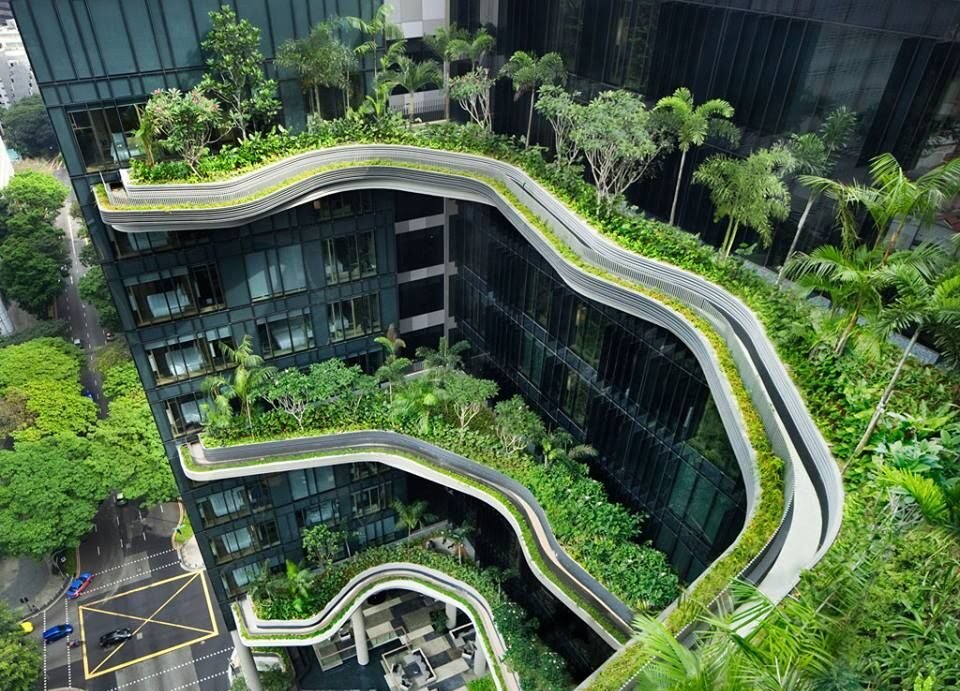 Making sustainable cities sensitive to climatic conditions and creating soft streetscapes and using water treatment systems are creating new natural habitat systems can help in attracting new flora and fauna and different kinds of species to the urbanscape. Incorporating such systems can strengthen the local and national biodiversity and can also involve less maintenance. More plants in the environment can help in curbing emissions and produce cleaner air. Urban biodiversities can hold large amounts of water and give a natural shade, thus, shielding cities from climate changes.

1. La Rue Des Utopies
Paris, France
This is a planned public park urban green space. This wooden structure is lifted a few meters above the ground and offers a break from the straight angled grey concrete of the area it is situated in. The elevation lets one walk among the trees and offers the shade and comfort of its foliage and a temporary break from its urban surroundings. 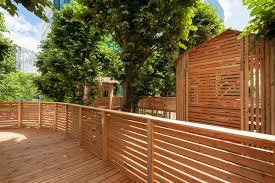 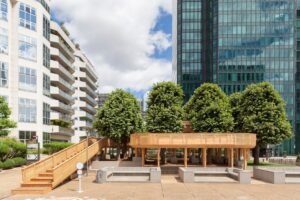 2. Growrrom
Copenhagen, Denmark
Another build urban green space where the walls are made of stacked plant beds. It is based on the concept of urban farming and puts the right focus to food production and right environmental treatment. It invited the relation between visitors and vegetation and is a part of the floating urban cityscape. 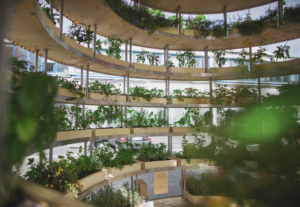 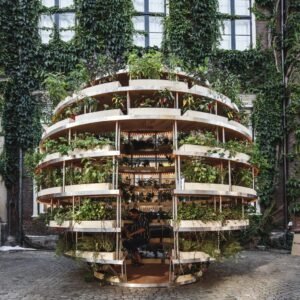 3. Infinite Green Poland
This structure explores the concept of green space and the notion that humans need to interact with living nature. With plants being incorporated into this organic shape, it suggests that architecture can support diverse ecosystems. 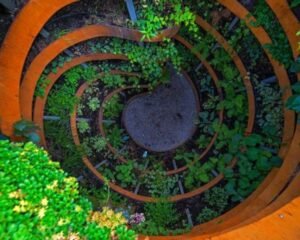 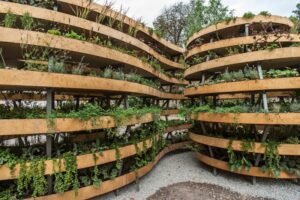 4. X-Scape United States
With the need to introduce more greenery to a college campus, this structure was created to liven it up. This built landscape focuses on increasing accessibility and gathering space and this was made more usable with the use of trees forming a natural canopy. The landscaping is made in an organic form and serves as a social point while being environmentally sensitive. 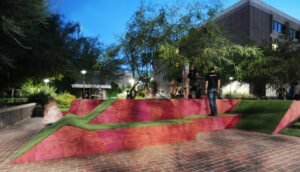 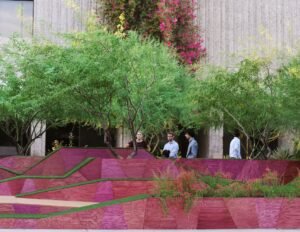 5. Invasion Verde Peru
Giving the right pop of colour and public access, this biodiversity was introduced as a response to the lack of greenery in urbanization. Mini hills were created with natural grass and flowers and recycled plastics covered in drought to replant plants are planted throughout the park. This biodiversity peels away layers of urban surfaces to make room for greenery. 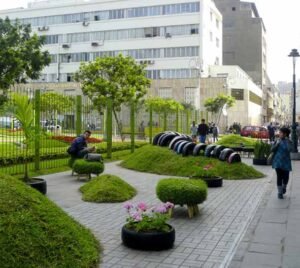 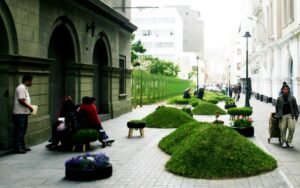 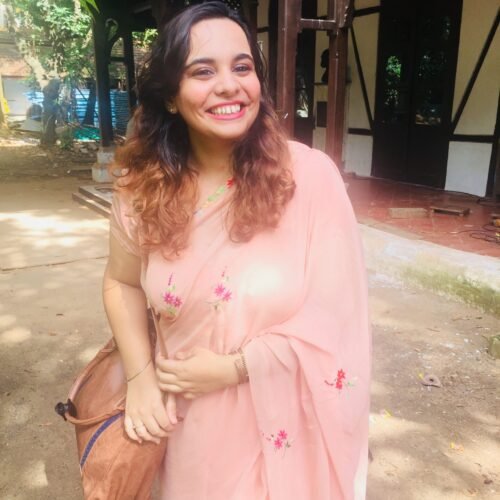 Nishita Chopra
Nishita Chopra, an avid writer and an architect. Been born and brought up in a defense environment, she has learnt well to be disciplined and find motivation everywhere. Her positivity and extrovertness has helped her tell and listen to a lot stories the world tells around us. Having been worked as an architect before, it has helped her fulfil her passion to write and make use of that experience to put into words for the architectural world.