Creating better cities no longer means building bridges, parks, and malls. The cities of the 21st century must ensure the public social and emotional well-being as well. This includes attributing equal access to all the genders in the urban space. None of the genders should feel left out or restricted in urban development. To achieve this we would need a very sensitive and abstract approach, but this is much needed especially in 21st-century Indian society.

Urbanscapes must be accessible to all irrespective of their gender or any other identities. It must inculcate a sense of security to one and all. This includes clean and maintained public washrooms, secure spaces in public transportation, secure waiting areas on railway stations and bus stops, and cityscapes that do not restrict to either of the genders.

Sense of Critical Regionalism – Planning in accordance with the regional climatic and cultural sensibilities.

Inclusion of Urban Art & Heritage – Involvement of art and heritage-based planning to induce the importance of art and monumental heritage in the city domain.

Ruling out gender-based barriers – A gender-inclusive component, where neither of the genders feels restricted to access the urbanscapes and exist in them.

Though these are the four different aspects, they are interlinked and this fourfold approach will surely help our society achieve new heights in terms of urban design and development.

Now, there are instances of many urbanscapes and city development in various parts of India. Let us have a look at these and analyze them with respect to the various aspects of urban development and the factors mentioned above.

The recent revamp of Chandani Chowk is a very good example of region-based urban planning. The solution not only helps to solve the original issue of congestion and pedestrian inconvenience but also retains the essence of old Delhi. It is been revamped as a cultural precinct and the extensive use of red sandstone resonates with the vicinity—The Red Fort and the Fatehpuri Masjid. The overhead wires have been laid underground now and the stretch is open for the public with architectural detailing of the Mughal style. The revamped stretch is been planned as a pedestrian-only zone with bollards, seating areas, and planters all in red sandstone retaining the charm of Mughal era architecture which is a predominant style of the area. Moreover, a lane for the differently-abled is being planned to comply with all the provisions for the users. 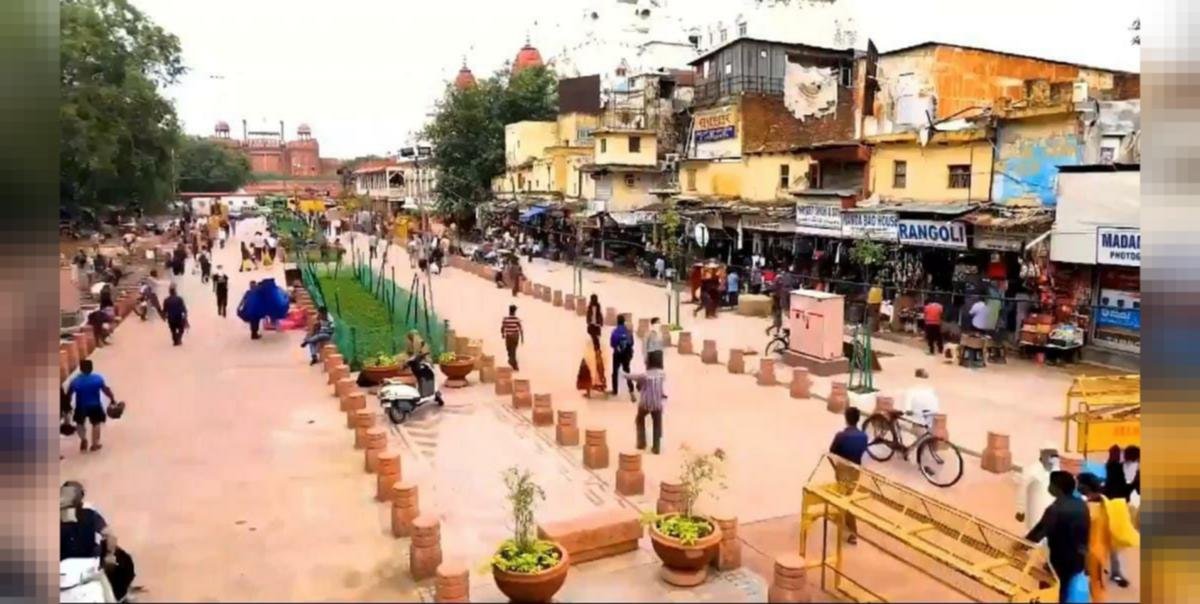 BKC being an office precinct and headquarters of major businesses in Mumbai is congested will tall glass towers one after the other. Now this western architectural language of extensive use of glass has dominated the tropical region of Mumbai, adding to the adverse effects on microclimate i.e. the climate of a dedicated region. The extensive use of glass has led to a rise in temperature, an additional cost to regulate the internal temperature, and cut down on the glass glare. A more region-based planning approach and the use of sustainable materials would have led to a better outcome. Moreover, a hierarchy-based zoning and buffer spaces would have helped to regulate the microclimate.

Since one of the factors of urban development of the 21st century includes the inclusion of art and heritage, let us look at the art districts of Mumbai and Delhi. Mumbai has a rich cultural heritage and is a house to cultural precincts of the British era as well as the post-Independence era that exist and function very well in Mumbai. These include a revival and conservation of the heritage and art and architecture through art festivals, events, museums, and libraries in the backdrop of art-induced urbanscapes. The Kala Ghoda regarded as the art district of Mumbai houses public libraries, public galleries, museums, and open spaces for art festivals and events. These spaces are streetscapes planned with seating areas, small amphitheaters, and provisions for art displays along the streets.

Furthermore, even the slums and settlements in Mumbai have become the choice of artists and have turned these mundane spaces into art canvases through mural paintings and installations. The slums of Dharavi and Alpha, as well as the docks of Colaba in Mumbai, have been part of these art experiments. Therefore, Mumbai is a good example of the inclusion of art and heritage in urban scenarios.

Traffic congestion and related pollution hazards have been a part of life in the city of Bengaluru. However, what steps it has taken to overcome these shortcomings is worth mentioning. First of all, the pollution due to excess traffic is cut down to some extent by the green cover in the city. Despite being a metro city, Bengaluru has comparatively maintained the greenery intact. Secondly, investment in the cycling infrastructure has proved the ecologically awakening of the city. The pleasant climate coupled with the overall even terrain has made the city very cycle-friendly. The recent development of the 34-meter cycling lane on the outer ring road has thus emerged out as a sustainable and environmentally friendly initiative. Sustainable planning comes with the overall holistic development of the city. Cycling has become very easy in the city, one does not need to own a cycle there are plenty of renting options and applications available, functioning quite well in Bengaluru. Hence, this is a very apt example of urbanscapes with the criteria of sustainable development. 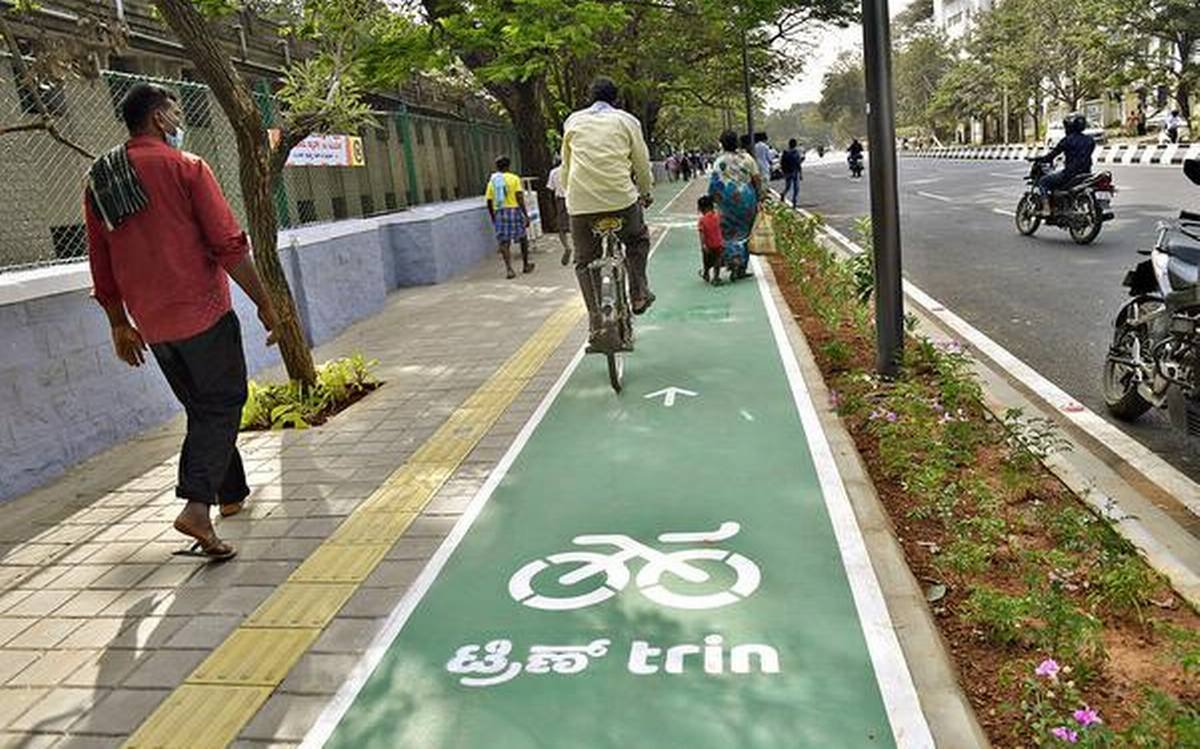 Coming to the fourth factor that is ruling out gender-based identities, there is an unusual example of signage installed in Dadar, Mumbai with female figures. This movie depicts the promotion of gender equality and is a very abstract yet impactful approach to blurring the gender-based restrictions in our urban fabric. This initiative of installing traffic signs with female figures is one tiny step towards ensuring gender equality, accessibility, and equal participation of all genders in the urbanscapes. Thus, making the city safe and habitable. However, this does not end here. To erase gender restrictions in the urban context, we need to have more gender-friendly infrastructure and equal representation as well as the participation of all the genders in the city planning and development. 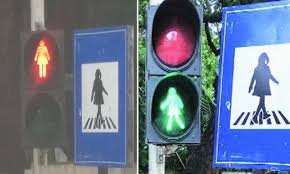 Now that we have understood the factors of urban planning needed in the society and some of the instances of the same, we as a society must try to amalgamate these factors into our urbanscapes. Urban planners and designers must take into account these factors and analyze how these actors can work together to develop cities that are more habitable and user-friendly.

Born & brought up in Bombay, based in Bengaluru, Sudarshan is an ambivert who can be outgoing-open and reserved at the same time. It all depends on the vibes! He deeply believes in vibes and personal energies. As an Architectural Journalist and Architect, he aims to write in a way that his content is relatable for all. Design is what interests him the most and he keeps trying his hand at different design verticals such as graphic, UI & UX design at times. He likes to write and explore varied topics on Workplace environments, Architecture, and Culture. He is quite active in architectural content writing and has written for various platforms like RTF, The Arch Insider, Gharpedia, etc. He strongly believes that whatever one does in life, one must do it with passion & be happy with it.