Apple is considered as the most secure and reliable support system. Although, from the last few years, it has been a potential target for cyber crooks. Recently, A famous iPhone pentesting unit has released a new “jailbreak” tool that unlocks every iPhone, indeed the most current models running the latest iOS 13.5 versions.

Apple forbids users from using unauthorized third-party apps and themes through its “walled garden” approach to iPhones. Hackers find a previously undisclosed vulnerability that is capable of escalating some of the restrictions that are used by Apple to prevent itself from unauthorized access. It allows them to customize their iPhones more than they would contrarily, in a manner that most Android users are already fascinated too.

The Jailbreak was released by the unc0ver team, which supports the iOS versions ranging between iOS 11 to iOS 13.5. This information was disclosed by apple last week. 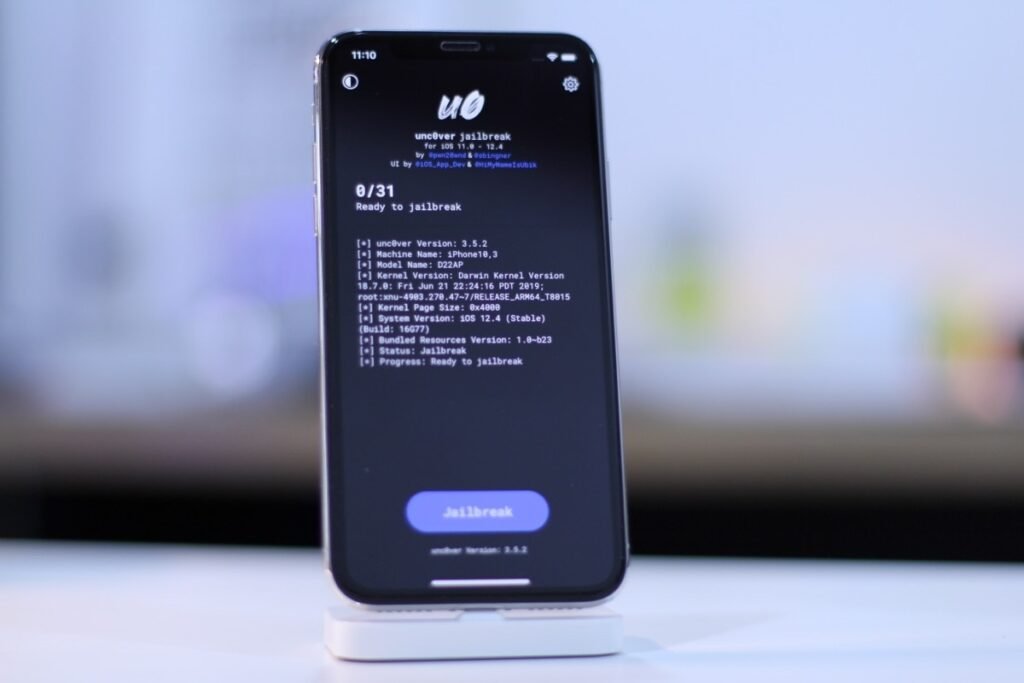 Currently, the insights of the Jailbreak developed by the hackers are not known, but it won’t last forever. After all, it is a responsibility for such a giant enterprise to maintain security and integrity. Isn’t it !. Thus just like other jailbreaks, Apple will very soon resolve the issue and will also release a patch that works to resolve the lethal issues.
The Jailbreak comes at a time when Apple is losing its reputation regarding security support. Such incidents have strongly affected its security image. Last week at Zerodium, a merchant, said he would no longer purchase the premium iPhone exploits because there were too many of them.

Security personnel has typically advised iPhone users to formulate some preventive measures, Which if properly followed can help to solve the issue.

Once been jailbroken, there are several steps and protocols that need to be followed so as to reduce the risk of being compromised. The first step is to simply delete or uninstall the third-party repository. Try Self-analyzing the repository and if it finds it to sounds shady or looks shady, overhauls the security.

Potentially these three malicious repositories are practised b the attacker to compromise the system.
Unflod
KeyRaider
AppBuyer

Always stay away from pirated unauthorized apps. The use of such lethal apps may void your device’s warranty.
pirated apps are designed to steal user credentials from the user. You might wonder how the creators of such apps are motivated to build such kinds of stuff.
a) They get paid off of the ads from the traffic that their piracy generates
b)They steal your credentials and sell it in a higher bid.
c)They infect your machine with ad-hijacking trojans

22% of all global internet bandwidth is used for online piracy, which makes it a global information security concern. These number speaks a lot. People are habitually motivated to do things for a valid cause, and money is one of them. This ain’t the article to encroach the piracy, but just know the fact that if you use pirated tweak apps, you’re potentially endangering yourself. Above all of the items on this list, this is the most important crucial factor. Whether you’re jailbroken or not, you need to have 2FA enabled for your Apple ID. If you don’t have two factors authentication enabled, immediately resolve it.
Two-Factor Authentication provides an extra edge to your security. It enables dual-factor user identification.
Just imagine someone asking for a valid ID after you try to use your debit card. Your iPhone device acts as a two factors authentication agent, which means that when an intruder logs in your user account via Apple ID, then they must require possession of your device in order to complete the login. That’s how a two factors authentication works.

It is better to avoid the installation of OpenSSH because there have been some instances where you may need to connect to your iPhone devices through SSH, normally a jailbreaker won’t need to do this. Also, make sure that you change your root password if you’re jailbroken.

Eventually, if you follow these steps you are surely gonna land upon a safer side.