ALL About Nothing Phone 1

Nothing Phone 1 is the most awaited and anticipated release of the year due to companies marketing strategy, which worked for their first product, Nothing ear 1. The company is undoubtedly controlling all the information revealed to the public as they are revealing the information step by step, which has created a lot of hype among the fans. But as with any hardware launch these days, it’s inevitable that a few more details see the light of day before the official launch event on July 12. Nothing CEO and OnePlus co-founder Carl Pei himself is seeing to that, too. He is exciting the public with piecemeal information on the Nothing Phone, taking the conversation around the upcoming device into his own hands.

Through this, the company’s CEO is undoubtedly planning to make an ecosystem of Nothing devices the same as Apple. Inc.

Let’s see some information the company has leaked about Nothing phone 1.

Nothing Phone 1: Design and Build Quality 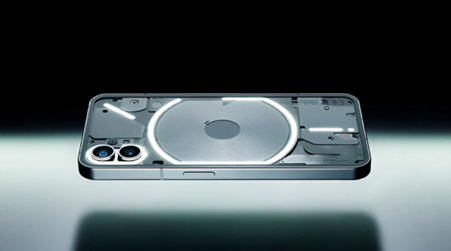 Nothing has been mastered in the designing of all its products. The Nothing Phone 1 had created an attention-grabbing announcement event, in which the CEOs of the company gave a hint of Nothing phone one back. Surely later, they revealed, and to be honest, they have created a matching design with ear 1. The phone contains a transparent back showing all the inter-fitted components. The back of the phone also includes a white LED light design called Glyphs Interface. All the LEDs are programmed to light up for various functions such as charging indicator, call, camera, and many more. For the calling function, you can customize the LEDs to match your ringtone through Glyphs Interface.

Phone 1 has a transparent back with an Aluminum frame at the side of the phone containing power and volume control and a full-screen OLED display. And as said by the company, all the components used in making this phone are mostly recycled from plastic waste and aluminum. Nothing Phone 1 contains a similar look to iPhone 12 but is far more remarkable than it.

This was all about the design of the Phone 1, and it is imposing indeed there is more information, but now I can only tell you these because there are lot more points to cover. 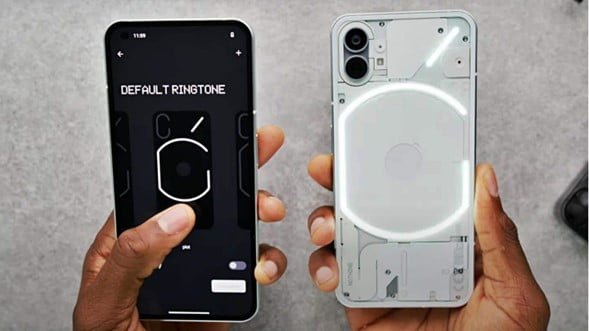 After seeing the design of phone 1, let’s know its hardware specifications to make this phone work. As the design is a more futuristic look, the phone’s specification is similar to another Flagship smartphone in the market. This device uses Qualcomm SM7325-AE Snapdragon 778G+, the chipset used in the phone. They could have used a high-end processor, but it might have messed up other functions and components, so this is a good choice, as it also supports 5G networking. They have used Octa-core (1×2.5 GHz Cortex-A78 & 3×2.4 GHz Cortex-A78 & 4×1.8 GHz Cortex-A55) CPU with an Adreno 642L Graphics card. The phone’s Operating System is Android-based with its invented OS named Nothing for GUI and other uses.

The body of the phone 1 is of 7.6 mm thickness and weighs up to 199g with a glass front, back, and aluminum frame. And it contains Dual SIM (Nano-SIM, dual stand-by), with Multiple LED lights on the back (notifications, charging progress, camera fill light), and a Blinking red light on the back (video recording indicator).

This was all about the specification of Nothing Phone 1. As many smartphones are in the market with the exact specification at a little lower price or you get more high-end devices at this price range, the Phone 1 is unique from them, and it will be value for money and undoubtedly change the smartphone market. 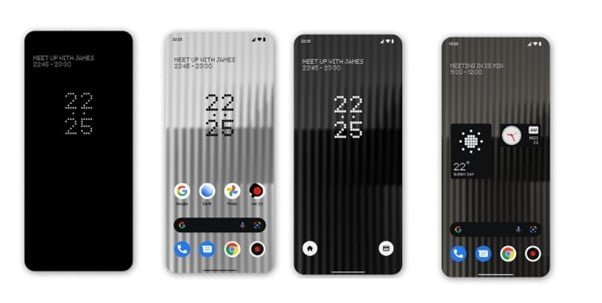 The Phone 1 will run on Android 12, but Nothing has introduced a new feature by launching its operating system named Nothing OS, which will work seamlessly with Android giving a different taste to its devices. Carl Pei claims it will “effortlessly connect and integrate Nothing products and products from other world-leading brands.” He compares his vision to how seamlessly the Apple ecosystem works. In that sense, the Nothing OS is supposed to be lightweight and only comprises the best features from “pure” Android. The hardware and software should make for seamless integration through “bespoke fonts, color, graphical elements, and sounds.”

The Nothing OS will deliver a fast, smooth, and personalized experience. It will supposedly come with 40% less pre-installed bloatware than other Android skins. They also said that they would keep the best features of Android and avoid replicating Google’s apps which will be, according to them, a waste of time and space, and this will save the Phones lots of Ram and Storage and operate more smoothly. It will focus more on user experience and learn from user’s app usage to better optimize the phone for the user, like adjusting the device’s battery life per the user’s use.

It will also follow Nothing’s unique and consistent dot-like font throughout the UI. The transitions will be smooth and fast. And just like many Android OEMs, Nothing will offer four years of security updates and three years of major Android OS updates to the Nothing Phone 1. The OS will also feature a unique in-built voice recorder. The remarkable thing about it is that it will let users rotate a wheel to control playback. 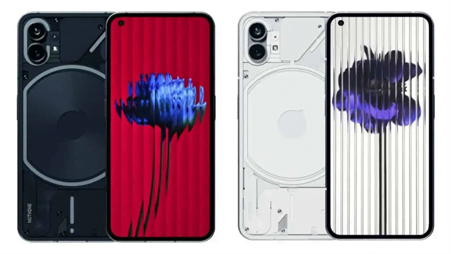 This is all information about Nothing Phone 1, and many points, there is no charger included with Nothing Phone 1 as others have also discarded it from the box. You will need to purchase a charger separately.