Ted Talks are a great platform for people of all kinds to share their life experiences. Speakers who have been on Ted, are those who come from a multitude of backgrounds and together have a huge database of stories, advice, and information for viewers and listeners from around the world to tune in for inspiration. On Ted Talk, many architects and designers have also taken the stage, speaking about their philosophies, the work they do, a specific project, or their journey to who they became today.

Listening to an architectural podcast can give great insight into what’s o come for budding architects. They can also gain a lot of first-hand knowledge, techniques, and methods that architects use and broaden their minds with unique perspectives.

Here are a few architectural Ted Talks that are a must-watch!

Heatherwick, a London-based Architect creates designs that are unconventional yet architectural marvels. He has worked on art installations, religious structures, offices and even a bus design! In his Ted Talk, he goes over 4 of his main projects: A moveable bridge that ‘kisses’ itself by folding and turning into a hexagonal shape, a conceptual design of a biomass power station, The Seed Cathedral which was a sculpture structure housing 250,0000 seeds in 60,000 acrylic rods for the UK pavilion Expo 2010 in Shanghai and lastly, apartment buildings in Malaysia that increase in width with the height.

American-based architect Liz Diller and her firm largely work in the realm of cultural and public space design. A large part of her work is revitalizing an unused industrial space into a beautiful public interaction space or democratizing Lincoln Centre for affordable usage. In her Tedd Talk, she goes into her Washington DC Project- The National Mall. The iconic space that has given platforms to huge American movements is one where there is a huge disconnect between the communicative and discursive space of the mall. She talks about her and her team transforming the introverted space into an open public forum that facilitates expression through brightness and sensitivity by building an air bubble! 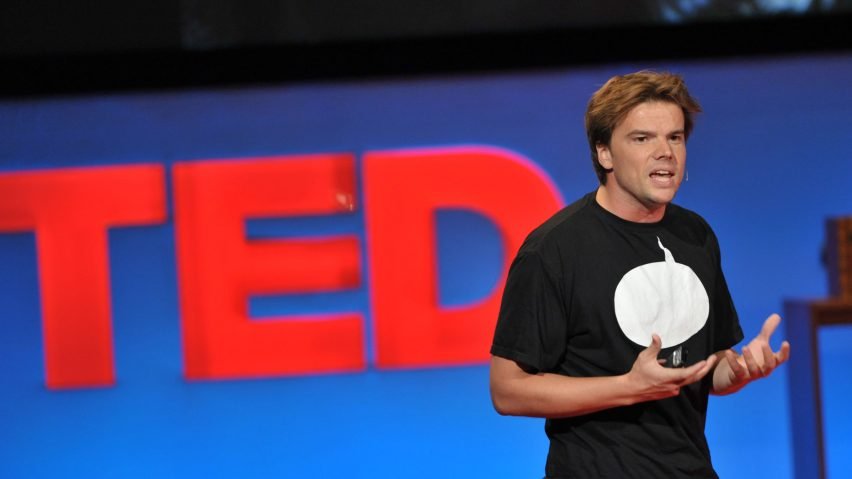 A famous Danish architect that’s known for his Avant-garde designs and idiosyncratic buildings uses his Ted platform to talk about how designs have a story and that these stories are much more important than the final product. In the talk, he sheds light on the design principles he follows, mirroring that of Darwinism where he adapts, improvises, and creates almost mutant-like structures while also saying that one should incorporate traditions into the design and embrace their novelty.

The Swedish architect talks about his project, a 6000km long wall across the Sahara Desert, built by nothing other than bacteria and sand. To combat the threat of desertification, Larsson proposes a sandstone wall that would be designed and built by nature. He goes into how using a specific bacteria can solidify loose sand and turn it into a fibrous and porous material that can prevent desertification and also provide spaces within dunes to live and survive in.

5. Diebedo Francis Kere: How to build with Clay …and Community

A Berlin-based architect who was raised in Burkina Faso, Africa talked about his work in the impoverished country. He talks about how he used local materials, methods, and people who were extremely enthusiastic to participate to bring his design to life in a school for the village of Gando. He stresses the use of clay, which took the form of compressed blocks in the school design and the form of clay pots in a library design in the same village. He also mentions how his projects have given the people of his country new opportunities and hope, for a better future.

David Byrne, a Scottish American singer goes into how architecture and music have been interconnected since time immemorial. In the talk, he highlights the acoustics of Gothic Cathedrals and the music theatres, the clubs and discos of the 20th century, and even the modern-day mp3 players and car speakers. He theorizes on how architecture and music are integrated one another and keep the other continually evolving.