The combat game PUBG (also known as PlayerUnkown’s Battleground), where you might have seen gamers go crazy over their phones is one of the famous games today in the world in mobile gaming category. PUBG recently added a new Payload Mode feature in its update where you get heavy artillery with the ability to fly helicopters, which brings a new perspective to the game.

With a focus on creating an enjoyable and fair gameplay experience, PUBG MOBILE has given insight into the constant measures taken to remove hackers and cheaters from the game. PUBG’s system of detection software is able to scan for suspect software and modified game data. To always keep up with the constantly evolving new hacking and cheating techniques, PUBG MOBILE employs a very large library to cross-reference as soon as it detects suspicious software.

While the game developers have been constantly busy developing new features for the game. The game PUBG Mobile itself has been infested with Cheats, hacks and exploits.

Since PUBG MOBILE’s launch in 2018, the security team has enforced a zero-tolerance policy towards in-game cheating to create a fair and healthy gaming environment. To establish and enforce zero-tolerance policy on in-game cheating, developers at PUBG Mobile revealed an upgraded anti-cheat system with advanced real-time detection technology in its update. This move is likely to ensure a healthy gaming environment for PUBG Mobile players.

The new detection software which came with the update can scan for suspicious software and any type of modified game data. A massive and ever-expanding library has also been employed to cross-reference when detecting suspicious software. These methods help them to keep up with the constantly evolving hacking and cheating methods.

The security team is also using game observation techniques, through which the developers are able to identify players using unfair means to gain an advantage over their competition. The security team at Tencent Developers use game observation to monitor players who are reported through the game’s system to make sure only players wo are using additional software or any other means of hacking and cheating to exploit from the game’s environment are banned. The team can observe gameplay to differentiate between the use of unfair software and player skill as well as unusual game occurrences due to lag or packet loss. With the help of detection software, observation, and player reports, developers are able to efficiently remove cheats even from the middle of a match. 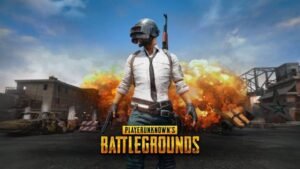 The developers at PUBG Mobile have been hard to crack down on cheaters and hackers. Just yesterday, it wrote an open letter to address the concerns around the growing menace of cheaters on its platform. It was due to this reason that PUBG Mobile introduced an upgraded anti-cheat system with advanced real-time detection technology to tackle the issue.

As part of the upgrade, the game can scan for cheating software or modified game data. The developer maintains an evolving library to cross-reference suspicious software that can results. In addition, it is also adding game observation techniques to stop players from gaining an unfair advantage. As part of this system, the PUBG Mobile security team monitors players that have been flagged.

The following fact was known when PUBG Mobile said this in its release: “Additionally, the security team utilizes game observation to monitor players who have been reported through the game’s detection system to ensure that only players who are using additional software or other means of hacking and cheating to deter from the game’s environment are banned. The software is capable to efficiently observe gameplay to differentiate between the use of unfair software and player skill as well as unusual game occurrences due to lag or packet loss”.

The team from PUBG MOBILE is trying to employ a broad range of strategies to stop cheaters in their tracks; everything from automated detection to in-game scans and even individual obeservation!

Just like its update on how users can spot cheaters within the popular game, the company also promised to invest more service and computing resources throughout the new 0.15 update to take down hackers. It also promised to make improvements to its server infrastructure.

In addition to that PUBG Mobile recently announced a new policy under which it will impose a ban of up to 10 years on players caught cheating. PUBG hopes the new move will help curb the use of unauthorized third-party apps and workarounds that help cheaters gain extra points or win.

The automated game monitoring and scanning system ensure that it only flags people using additional, external cheating software. This also ensures that the security team only bans legitimate cheaters. The company also clarified that the system can easily help in differentiating cheaters from skilled players or instances resulting from internet lag or packet loss.

Vincent Wang, the General Manager for the Global Publishing department at Tencent Games issued a statement as part of the announcement. Wang also stated, “We’re doing everything possible to keep cheaters out of our game as much as possible.” The company clarified that it has dedicated hundreds of people to fight the cheating problem. PUBG Mobile can also enforce bans in real-time in the middle of a match. 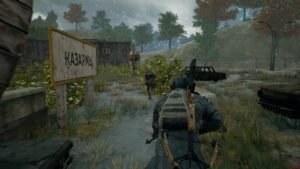 PUBG MOBILE developers are still working to evolve detection technologies on their efforts to stop hacking and cheating in the game as it does not stop at just one line of defense. Using game observation techniques, the developers are able to identify players using unfair means to gain an advantage over their competition.

Vincent Wang, General Manager of Global Publishing Department from Tencent Games said “We want players to know that we are 100% committed to providing a fair gameplay experience for everyone”. “We take enormous pride in the game we work on every day, and cheaters cheapen all of our work. We’re doing everything possible to keep cheaters out of our game as much as possible, and hundreds of team members are dedicated to this task.”