How do we design healthy cities for people?

So, have you ever considered how the architecture in your neighborhood, streets, and buildings impact your health? The recent evidence shows the built environment- our buildings, streets and neighborhoods, and their amenities influence the physical activity contributing in both positive and negative ways. 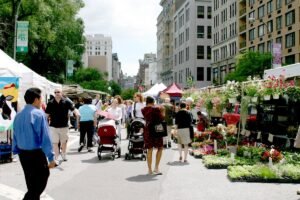 98% of cities in low and middle-income countries do no meet the air quality standards established by the WHO (World Health Organisations). In high-income countries, this percentage decreases to 56%. By some estimates, cities consume over two-thirds of the world’s energy and account approximately for 70% of global CO2 emissions, a figure sure to increase as the global migration from rural to urban areas continues.

To reduce the impact of our cities on the planet, it is necessary to rethink the urban systems and a core examination of what a city is. Although the environments we live in can shape how we feel and our physical health, cities are rarely designed with our wellbeing in mind. With the growing need for healthier cities, architects and planners are wising up to the effect of urban environments on all manner of human health concerns.

All of the subsystems that exist in the city need to work together and integrate into creating a smart city. Energy-efficient transportations, communication, and clean energy are just some of the parts that contribute towards the healthy city. 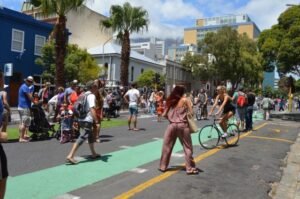 Following are some of the most important steps a city can follow:

Throughout this digital age of century, today’s urban life can have severe negative impacts on our health if not mitigated. Take for example Wuhan’s Coronavirus, it has already infected about 14,000 people globally and China. WHO has announced a global health emergency due to the increase in cases of Coronavirus.

If not now, then when?

Taking a step back, looking at the increasing population in our urban areas, we need to mitigate the effects of smart technology and green thinking. The simple fact of living in a city and not giving necessary actions to it, these health risks will keep rising and are avoidable. When a smart city becomes the norm, future generations will be guaranteed to have a healthy and sustainable city.