Zaha Hadid Architects studio has revealed its design for the 36-story skyscraper which is to be built in Hong Kong at 2 Murray Road on what is reportedly being said as the world’s most expensive plot.

The skyscraper is said to be built in Hong Kong’s central business district alongside the Bank of China Tower designed by the architect I.M Pei. It is also in close proximity to the HSBC building by Fosters + Partners. The structure is said to be a replacement to the multi-story car park that as purchased by developer Henderson Land for 23.3 billion in 2017. This purchase made the site to be the most expensive according to various news outlets.

The skyscrapers design honours Hadid’s extraordinary vision of looking at space in 360 degrees. The skyscraper will have a glass façade that will have several curved segments, that make the structure form two sets of balconies filled with trees. Below the higher balcony, there will be a planted sky garden that will house a running track.

At the top of the skyscraper, there will be a banquet hall that has exquisite views of the entire city.

“The design reinterprets the structural forms and layering of a Bauhinia bud about to blossom, known as the Hong Kong orchid tree, the Bauhinia x blakeana was first propagated in the city’s botanic gardens above the Murray Road site and its flowering bud features on Hong Kong’s flag.”, said the studio.

The studio says the building form was based on the concept of a bud from the Bauhinia plant which is also a flower in the center of the city’s flag. 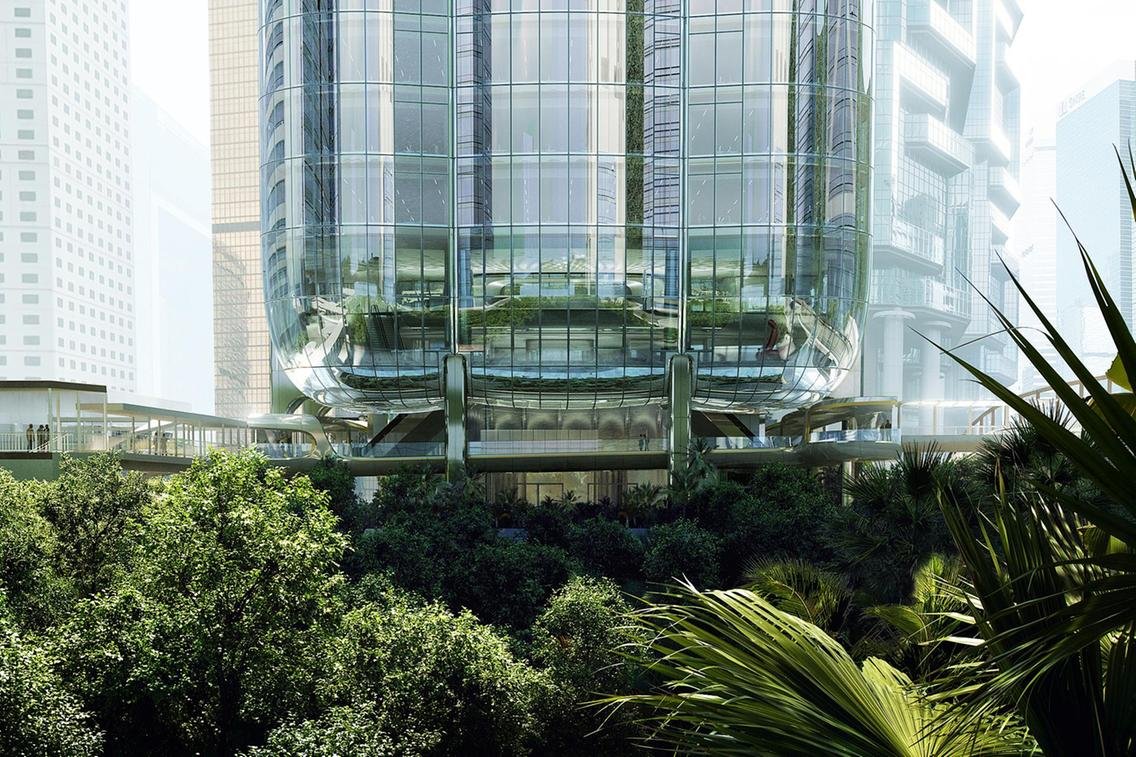 The main body of the structure will be elevated and connected to the city’s road network and act as a raised pedestrian walkway with a series of spaces for gardens and courtyards placed under the building.

The material used for the skyscraper will be high-tensile steel that has been designed to achieve a sustainability rating for a LEED Platinum building, which is considered as the highest 3-star rating in China’s Green Building Rating program. 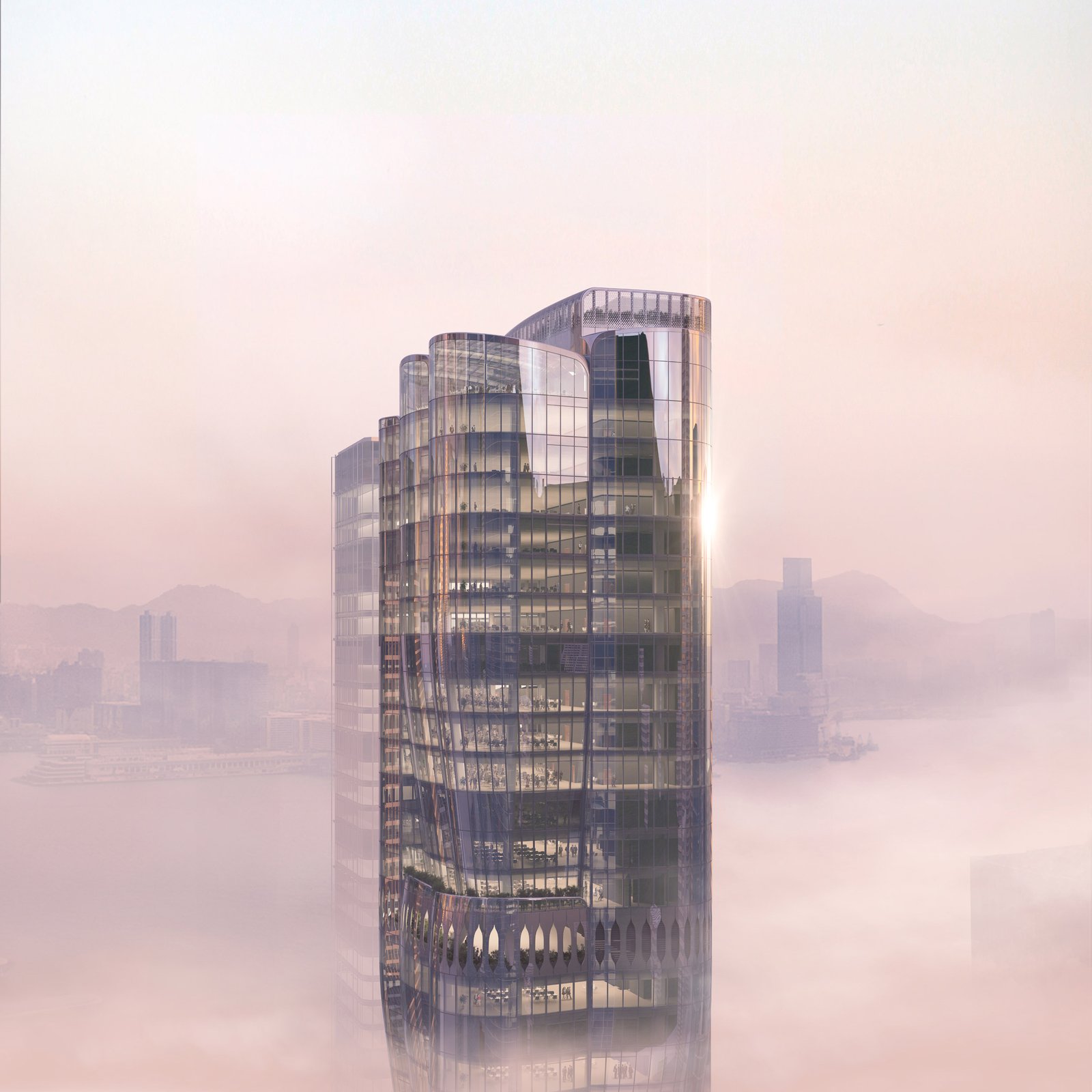 “Echoing the organic forms of the natural world; the redevelopment connects with the adjacent public gardens and parks. These tranquil outdoor areas flow into the generous communal spaces of the interior; the craftsmanship and precision of the curved glass facade enhancing this seamless connectivity between the building’s interiors and the surrounding gardens and city beyond.”, said the Studio.

The cladding material for the building will be four-ply, double laminated, double curved insulated glass units. All the floors will be naturally ventilated. 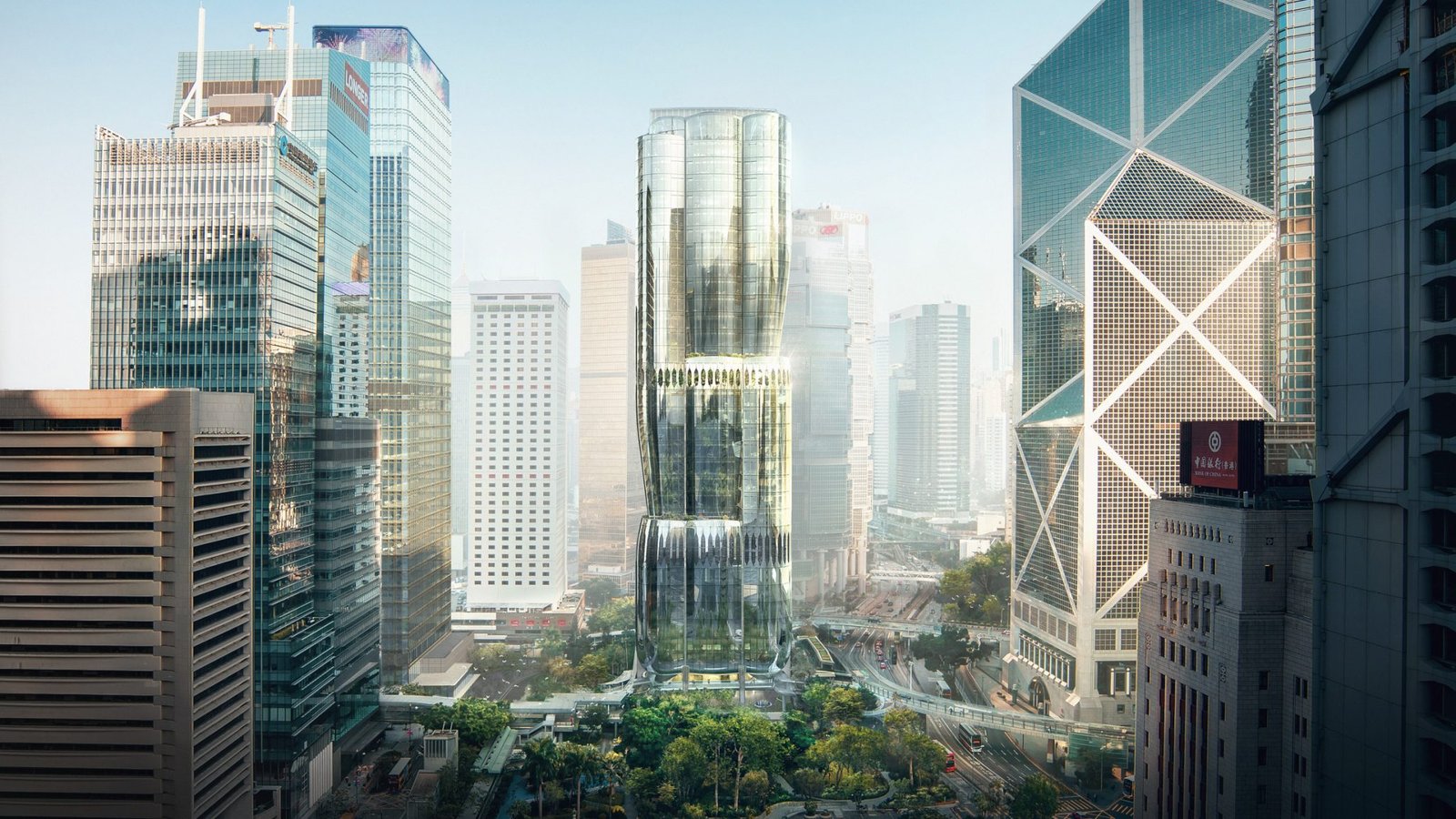 This project is set to be Zaha Hadid’s second project in the city. The Jockey Club Innovation Tower on Hong Kong Polytechnic University campus was the first building opened in 2014. 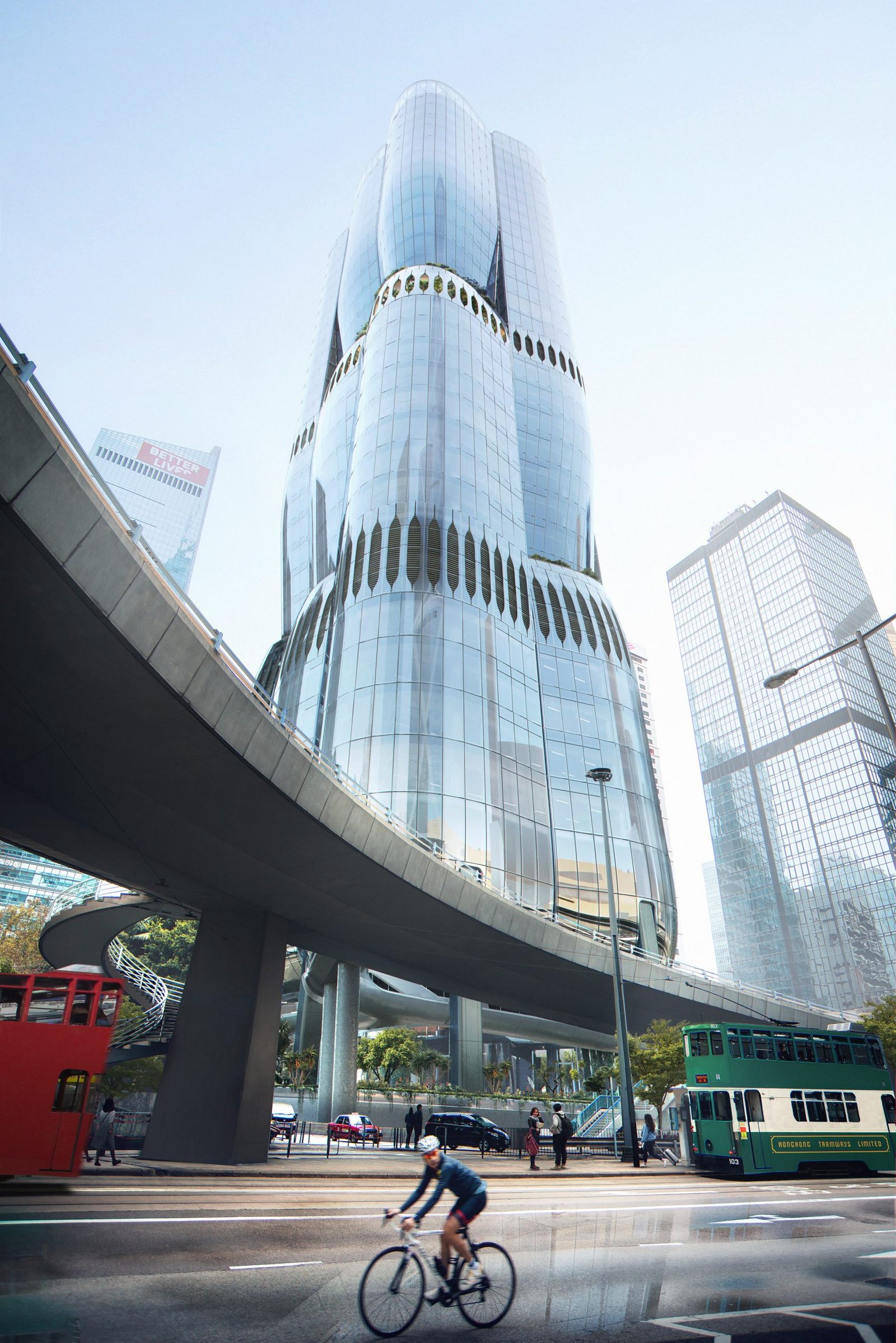 Founded by the late architect Zaha Hadid, the firm is currently run by Patrik Schumacher. The firm is set to be one of the sought after architectural design firms in the 21st century with structures like a metro station in Moscow, a stadium in China, and a housing complex in Honduras in their portfolio.