From infiltrations on the network to data breaches and phishing, online threats are varied, and they don’t discriminate organizations and individuals when victimizing. A cyber attack is a malicious threat act victimizing your system encryption or system data. Today, the term is used exclusively to describe information security matters. 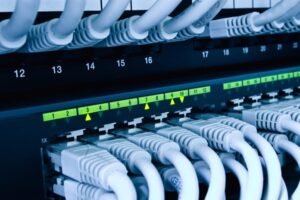 What are Cyber Threats?

Definition: The possibility of a malicious attempt to damage or disrupt a computer network or system.

Dating back to the 1950s, ‘cyber’ referred to as Cybernetics – a science of understanding the control and movement of machines and animals. The 1990s, relating to ‘cyberspace,’ defining an invented physical space, which people believed existed behind the electronic activities of computer systems.

A more straightforward way to describe is, a cyber attack is an attack that is mounted against our systems by means of cyberspace. Cyberspace, a virtual space that doesn’t exist, has become a metaphor for helping us understand the digital nuisances and weaponry used to harm us.

In definition, the threat is defined as the possibility of attempting to gain access to a system. Today’s cybercrime landscape is diverse, and the threats typically contain one or more attacks. The top five common cyber threats are listed below:

Identifying a cyber threat actor is a time-consuming thing, which requires precision and specialization. The cybercrimes are continually evolving, but the threat actors remain the same. There is always a human element attached to an attack and a motive behind these malicious vulnerabilities. Most common sources of cyber threats include:

What is real and what is virtual, there is a drastic difference between them. The intent of the attacker for a potential impact is merely for nuisances. Some turn out to be quite severe, and some even potentially threating human lives.

Cyber threats are also associated with wireless networks not being secure. Today, where one can notice a scenario of organizations switching offices or coworking spaces, the sockets and wiring are left as per the requirements of the new places. 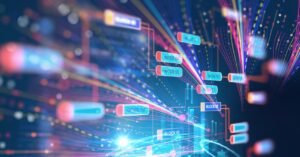 Even if a powerful group targets a company, it is still possible to protect critical digital assets. It takes planning and commitment of resources, which can be attained from the top most serious cyber threats.

The best way to avoid running security problems due to connections is not using it at all. The steps mentioned above shall minimize the so-called attack if your yourself be protective against it, and chances are you might stay out of trouble.

Are you interested in knowing more about cyber attacks? Head towards the security awareness section for more information.