Ayush Dubeyhttps://ayush7ad6.wordpress.com/
Ayush Dubey is an engineering student from IIIT Jabalpur. He has a comprehensive background in technology. Cybersecurity being his primary field of interest. He loves to meet people who are always in a hustle to learn new things.
Ransomware-a familiar adversary for enterprises and individuals operating online, wholly. The practice of accessing systems, evading detection, keeping data as a hostage and coercing victims into paying ransoms is what a ransomware attacker has expertise in. Ransomware attacks are advancing exponentially in their techniques, ever since the first ransomware occurred in 1989, targeting a healthcare industry. A familiar name in the world of notorious ransomware gangs is the DoppelPaymer Group. What makes it more prevalent is the threats it has posed not much time before.
The ransomware attacks more or less are similar in their approach. The responsible group first mentions the company’s name it has targeted on its “official” website. And then publish some of the “stolen” data as “proof”. Just like a pinky finger on the doorway in case of kidnapping. After the asked ransom is paid (usually in BitCoins), the group removes the name promises to delete the stolen data, which is unlikely. If the company fails or denies to pay the ransom, the threat actors delete the data from the company’s server and dump the stolen data on dark-net to meet their attack costs.

“We have been stealing data for the past year and occasionally selling it anonymously to help cover our gang’s costs”, says DoppelPaymer group to Bleeping Computer. 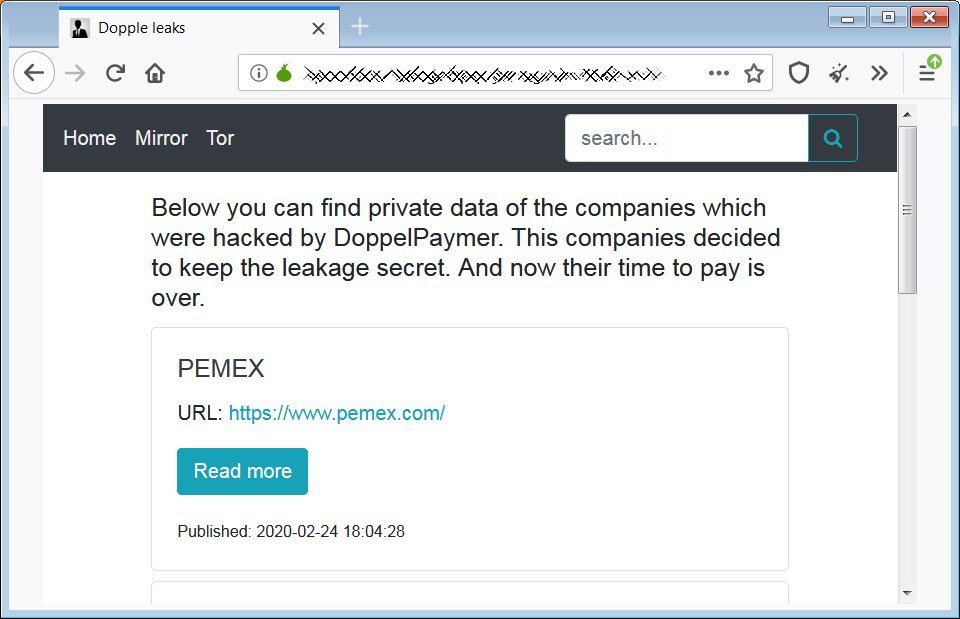 The ransomware family, DoppelPaymer, has become under the lens of security experts and firms after invading renowned enterprises in 2020.
DoppelPaymer group encrypts data and coerces users to pay ransoms to restore and decrypt the files. The malware’s builds were identified back in April 2019, but the initial victims were seen in June 2019.
DoppelPaymer group got its name by the researchers who tracked the ransomware attacks by the group. And the threat actor behind the ransomware attacks had also adopted the same name.
The DoppelPaymer ransomware’s code resembles BitPaymer ransomware operated by INDRIK SPIDER. Researchers suspect that some individuals have split from the latter and employed the segments of Dridex and BitPaymer to conspire their own big game through The DoppelPaymer Ransomware. Both ransomware versions of INDRIK SPIDER share most of their code with DoppelPaymer malware.
INDRIK SPIDER, the predecessor of DoppelPlaymer group is a family of cybercriminals formed in 2014. They internally referred to themselves as “The Business Club”. Since their inception, INDRIK SPIDER developed their own custom malware called Dridex and BitPaymer. Dridex was primitive, but with time it became sophisticated and professional. In 2017, the group introduced BitPaymer ransomware which uses TOR-based payment portal for ransom demands. All this by implementing crypto-locking.

DoppelPaymer has targeted many enterprises over the year.

Keeping yourself and employees of your organisations updated about cyberattacks will improve cyber awareness and chances of similar cyberattacks.
Share
Facebook
Twitter
Pinterest
WhatsApp
Previous article
Yona Friedman and His Extraordinary Use of Math
Next article
Minecraft RTX Ray- Tracing Beta
- Advertisement -