sP+a architects took an initiative to break the conventional style of making temples. They took history into consideration, adapted the style from Ziggurats, and with a little mix of such materials, they created a temple that resembles history with the integration of modern elements, thought, and materials. 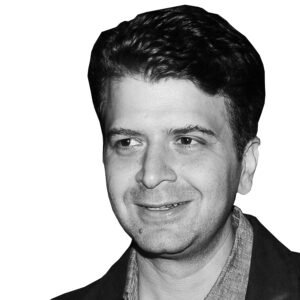 The project has dedicated two shrines to Balaji and Varahaswamy in the form of black limestone which has shaped like Ziggurats. There were requirements like priest’s quarter, a prasad counter for offerings. They have also created a tank that is referred to as ‘Pushkarini‘ surrounding the temple with a shallow body of water. 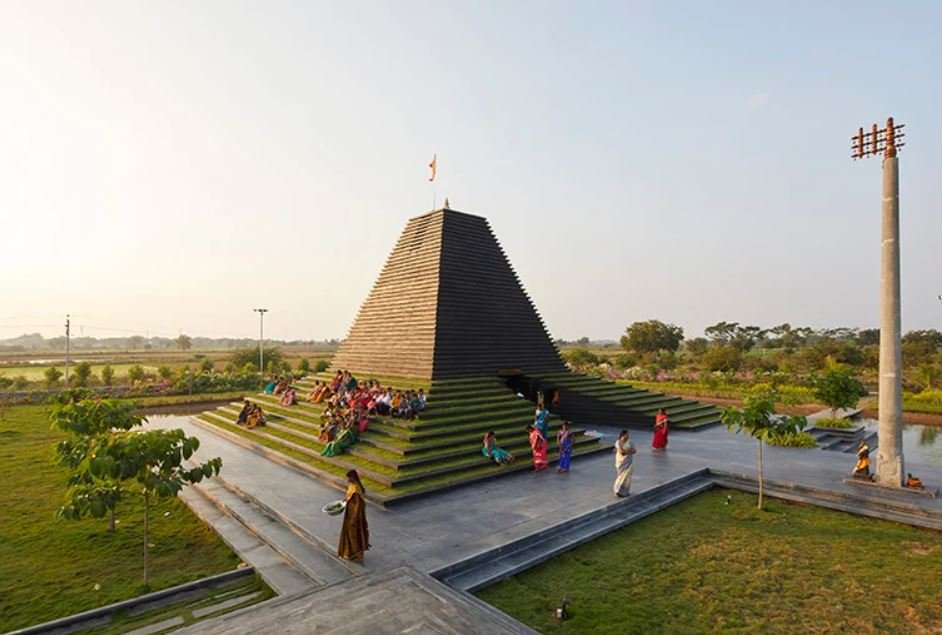 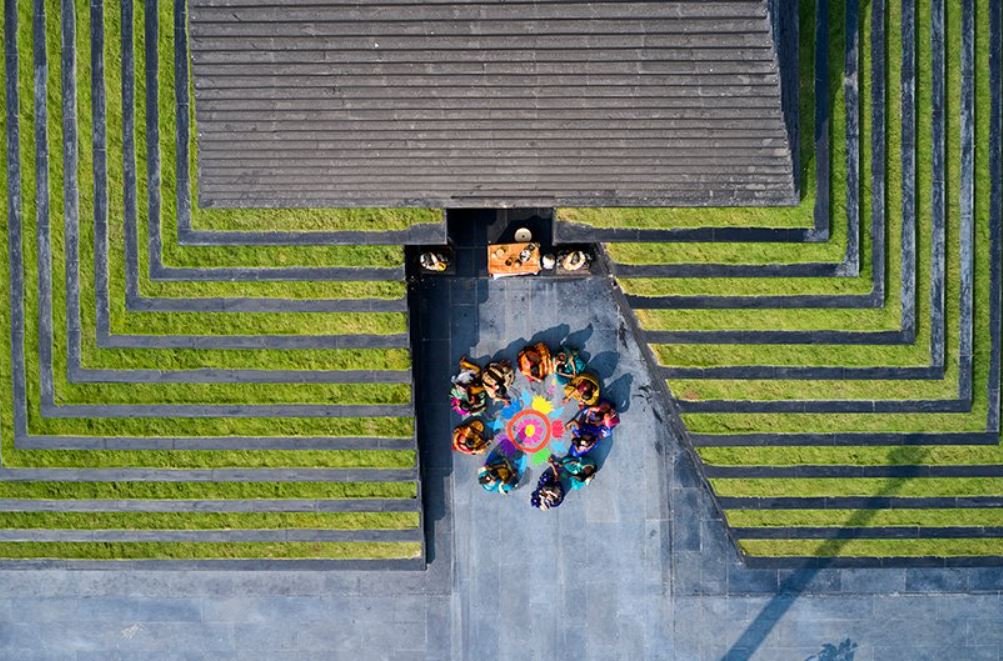 Creating the essence of Varanasi:

While the architects emphasized on creating an impact, they wanted to do it through the HINDU ELEMENTS IN ARCHITECTURE. Therefore they went on to create elements such as Pushkar, Ghats, and materials such as limestone, the stone being native to India. With the help of steps, in the form of the temple structure, the architects made it evident that they were trying to replicate a scenario from Varanasi Ghats and rivers, which is considered sacred in India, and to its religious people. 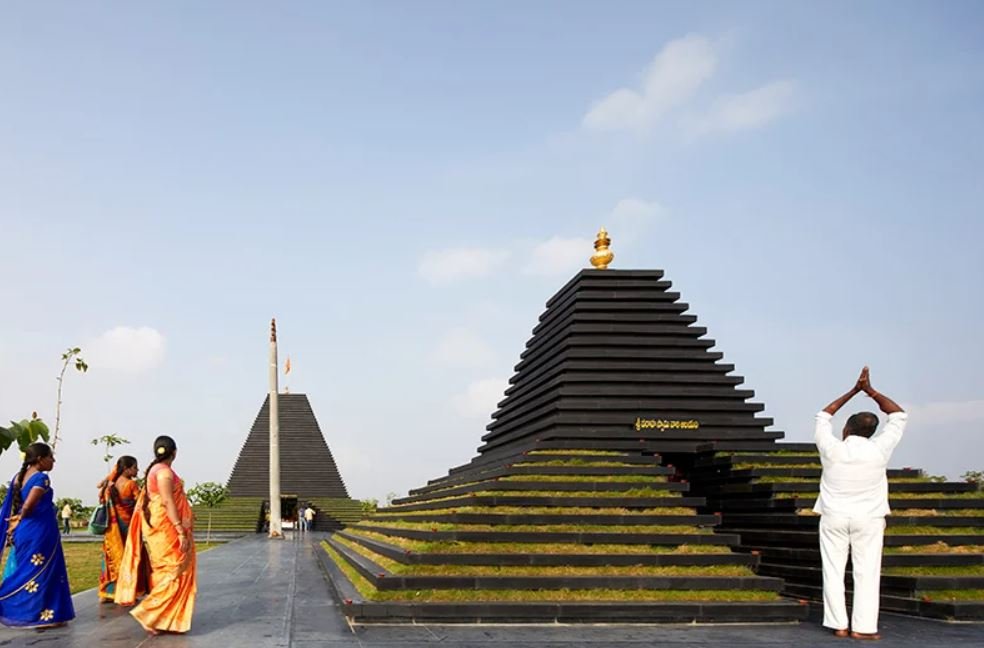 The creation of the Balaji Temple:

The creation of the Balaji temple has also been known as the temple of steps, based on the 10th century, like it was designed with large flights and staircase with the scriptures and sculptures, but sP+a were focused on minimalism, and modernism forming an unconventional projection of temple.

It is very beautifully grained with the grass even on the steps, making it a much more greener spaces, with water element such as a lake surrounding the temple. The area of the temple is 2.5 acres. Soil and planting have been incorporated in the lower half of the structures to provide protection against heat.

The Architects sP+a have been known for doing modern, environmental, and climate-responsive projects while giving the clients the reassurance that having an Architect, in the beginning, is better than spending more money from their pocket in the later stages. They’ve done projects such as a factory in India that has a sunken void that allows monsoon waters to safely flood the site, a holistic community centre with a butterfly roof, and a timber arcade restaurant in Mumbai.

The architectural philosopher Andrew Benjamin wrote that every act of design was an act of repetition and that architecture is about exploring what not to repeat. This building, too, repeats or emulates certain tropes of the Hindu temple so that it is recognizable as a temple. Yet, it doesn’t replicate those tropes but instead breaks them down to constituent parts to then again reconstruct it. – Praveen Bavdekar 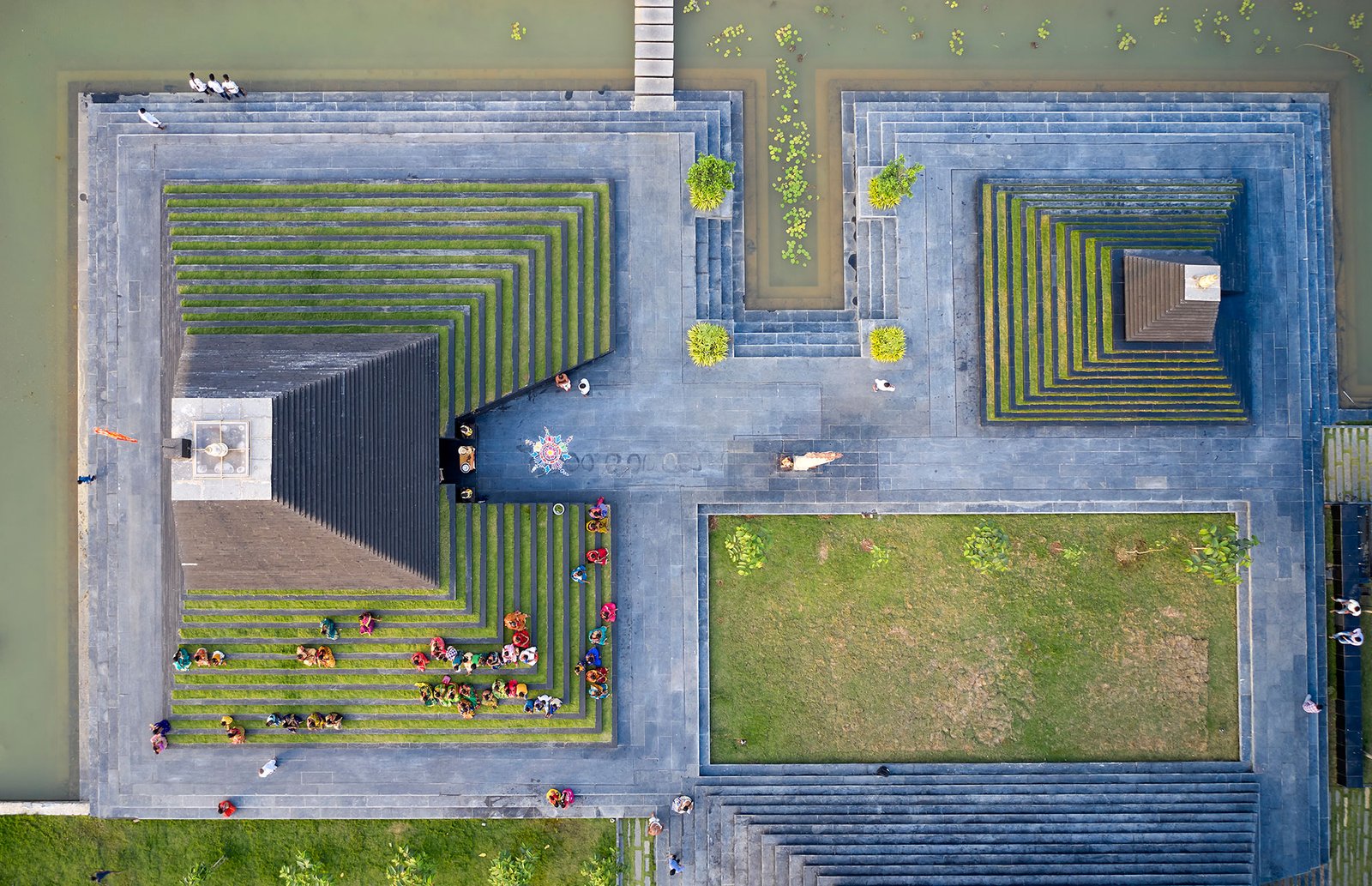 The architects imagined the staircase to be a social space and hence designed it in such a manner that the people should be given proper space to use it as a recreational element as well. Well Designed architecture does not just justify the materials, but space as well. They give a reason to the user group to visit, reminisce about the energy you get when you visit the place.

Temple is a religious place that carries strong energies for the who believe in God, as we’ve often heard of, feeling a certain flow of positive energy, this is how you can always remember a place, especially for a layman, it is not the material, elements, or sturdiness but how they felt when they visited the place. The sP+a architects focused on how users can utilize the space after they’ve had visited the temple and offered their prayers, hence they designed green spaces, lakes, and took care of user experience as well.

The magic of community inclusive architecture lies in Moshe Safdie's projects. He is known to modify his style as...
Architecture

The Vision of the Modern Indian Society

Rethinking the Cities in the 21st Century: Part 2