Review: A take on Notable Articles on Architecture

Designing buildings and spaces is not the only function of architecture, it has a lot to do with the way our cities are planned. Architecture defines the social and cultural fabric of the spaces we live in.  It is a driving force behind the urban development around us and the way we perceive cities. In addition to the designs, there is a ton of written material that talks about the influence of architecture on urbanism and the state of our cities today.

Let us review three such famous articles on architecture and urbanism, thereby trying to understand a new thought process and a new way of looking at our cities. 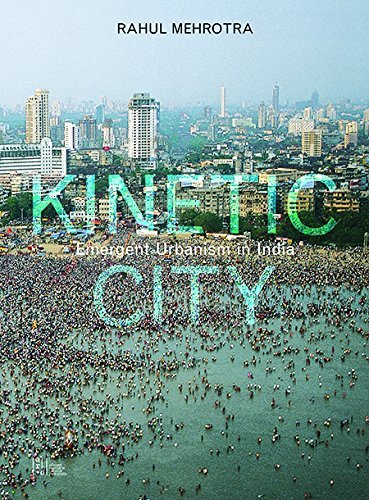 The essay describes the cities as ‘kinetic’ and ”static thereby focusing on the evolution of Indian cities from being colonized to the post-liberalization age. A static city is a two-dimensional phenomenon, one that can be mapped while the kinetic city is a flexible and temporary phenomenon. Indian cities must accept the fact that for it to sustain it has to have the flexibility of co-existing as static as well as a kinetic city.

It is a novel thought that the static city has to embrace the kinetic city to sustain itself. It takes cognizance of the fact that it is equally important for the city’s public spaces of architecture to grow around the increasing requirements of the city as it is for the architects to advocate for this change. As we move forward, our spatial requirements evolve as well. As a colonized province a lot of our architecture was built as a result of the necessity of the time if not to showcase the imperialistic ideas and models. Most of our universities and public buildings were built to house the colonizers and accommodate their interests and hence were opulent. But over time we have come to accept their presence and make it work for us.

As a city today we share our static spaces that have grown to absorb different users and their varied uses accordingly. This was of immense importance as young democracy that was trying to shift from a rural-centered economy to an urban-centered one. Thus we had to ensure that our urban spaces grow empathetically with us.

A place in a shade

A place in the shade by Charles Correa is a provocative collection of essays based on Correa’s observations, experiences, and writings between 1964 and 2009. Though these essays span decades-long, they remain relevant today both for their observations and realistic solutions. In spite of having a practice-based majorly in Mumbai, his discussionS on housing affordability, humane habitat for all, urban growth, and transportation could mightily contribute to issues and interventions in other parts of the world. The book is basically Correa’s elaboration on urbanization and global architecture.

In these writings, he focusses on the influence of Western ideas, the ill policies that prove a
hindrance for urban growth in the east etc. The discussions here range from the need for shade and sun in housing, historical and vernacular elements, vernacular architecture to ill policymaking and political influence on urban growth. He marvels at the genius of spaces as varied as the Holocaust Museum in Washington, DC, and a townhouse in London. Correa holds special praise for the “open-to-sky space”; here, with an awareness of moving from inside to outside, from open space to private space, movement becomes magical. Repeatedly Correa stresses the importance of awareness of place.

Knowing where you are means knowing the climate and the culture. The essays imply that the historical elements of a local vernacular design can be integrated into innovative contemporary architecture. He produced a design in a wide variety of scales, from a new city outside Mumbai to a simple sunshade. These also include the importance of inducing housing schemes in cities and how transportation planning leads to the success of the city’s growth. As architects, we must absorb and adapt to constantly changing technologies. Correa managed to take advantage of technology while maintaining intimate connections to place, which often seems forgotten in the rush to embrace new advances in what is now a global profession.

Reading these essays book gives us a guide for both how to look at our cities holistically and understand the role of the architect. Indian cities are mechanisms for social engineering—more powerful than anything we have seen before.

Previous article
Living On the Edge: Why We’re Attracted to Places Where the Manmade Abuts the Natural
Next article
This is How it is (Not Supposed to Be) in Architecture – Part 1