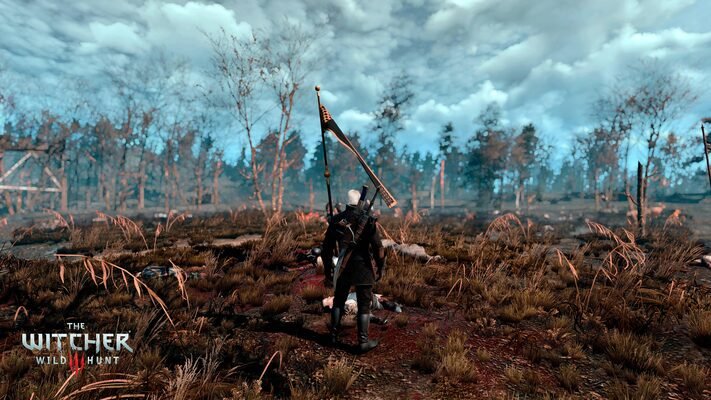 Witcher 3 can be Played on,

The Release Date of the game for above Consoles is,

In the game, the WITCHER is looking for his daughter on the run from Wild Hunt. The daughter has lots of Deadly Powers. The WITCHER wants to capture her and use her Powers. The player in the game uses many Dangerous Weapons and Magic to Interact with NON-PLAYING characters.

WITCHERS 3 is an Action Role-playing type of game. The game is played in Single-player mode and is based on a Story that needs to be completed. The game has Very High Graphics with  Realistic view and is played in a Third Person Shooter view. In the game, the player controls the Character name GERALT OF RIVIA a Monster Slayer. Who is a WITCHER? The game contains Non-Playing characters which help us to do our work. The GERALT uses many Weapons to Defeat Dangerous monsters and Humans. The Weapons which GERALT uses are as follows,

We can also switch our Weapons by Buying a new one. In the game, we can also craft our own weapons. 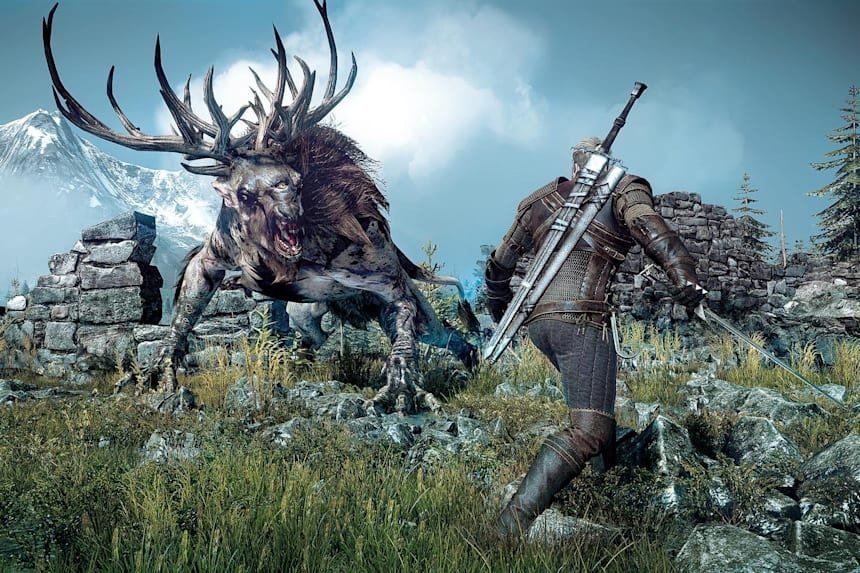 Witcher 3  Focuses Hardly on Narrative and has a Dialogue Box. The Dialogue box helps the character to respond to Non-Playing characters in the game. The Dialogue box gives Three choices of Speech to get Talks Forward. Choosing the right one might help you to do your work easily. The game is depended on these speeches which might turn the whole game. We can also visit different places in the game such as Town. The Town also has some side missions to increase the level of our character. The tasks are put up on Towns Notice board. The character in the game also has a Horse named ROACH. ROACH helps GERALT to travel far distances. ROACH also helps GERALT to keep his things in Saddle. The character also can kill Monsters by sitting on the Horse. The player can Discover more places of Power on the map. The player can also enjoy Horse Racing, Boxing and Playing Cards.

WITCHERS 3 is more popular on Steam now than POLYGON. The Studios company lead MARSIN MOMOT has revealed that the Pc version of game WITCHERS 3 broke its record for the most number of Concurrent players, with nearly 94,000 people playing the game. The Polygon noted that the game has reached top 10 after entering Steam. The game has become more popular on steam because of its Trillions of users, and because of NETFLIX series THE WITCHER. The game has boosted its sales on steam.