WWE 2K22 is a professional wrestling video game played in single and multiplayer game modes developed by Visual Concept and published by 2K Sports.
2K22 is the twenty-second game in the series of WWE, which has been updated with new gameplay and new wrestlers.
In this installment of the game in the series, there are various changes done in the game, such as My Career mode was rebranded as My RISE and focused on separate stories for both male and female superstars. Using created superstars, players can form alliances, make enemies, and branch into subplots based on the player’s choices.
The game has also returned with its old feature called 2K showcase. It features a new in-game wrestler Rey Mysterio ( A famous WWE wrestler ), allowing the players to play the character and experience the most significant moments of their WWE career. The 2K showcase incorporated new features and updates. 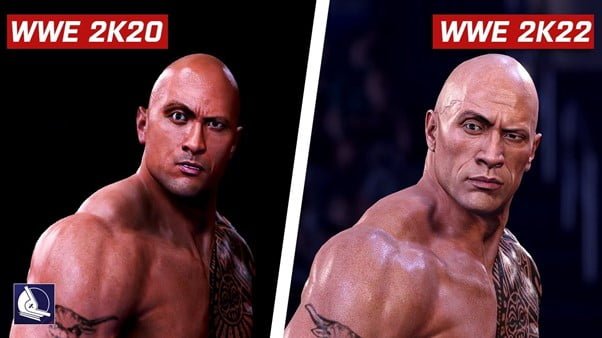 In-game now, players are also new characters, attires, and arenas to play the game. The game features a new mode called My FACTION. Players will be able to build a wrestling stable by collecting, managing, and upgrading WWE Superstars with regular updates and weekly events. My FACTION features player cards from throughout WWE’s history.
Between all this, there is an old game mode returning in the series called My GM, formerly known as GM Mode; it has returned to the series for the first time since 2007’s WWE SmackDown vs. Raw 2008. In this mode, the Players need to choose a wrestler between Sonya Deville, Adam Pearce, William Regal, Shane McMahon, Stephanie McMahon, or a custom character to take control of one of WWE’s four brands: Raw, SmackDown, NXT, or NXT UK. In this mode, Players can book wrestling shows in high school gyms and on primetime television, draft superstars, manage contracts, and control costs, while trying to create the premier WWE brand.

There are various graphics changes in the game; the new graphics look more realistic than the older ones, and they have enhanced graphics on a vast scale, giving the game a new look and a great experience to play it.
The WWE 2k22 release date is 11th March 2022, which will be available on various online game stores, such as Steam, Epic Games, Xbox Store, and many more. It will be available to play for video gaming consoles and operating systems, which are,
Microsoft Windows, PlayStation 4, PlayStation 5, Xbox one, Xbox X/S. 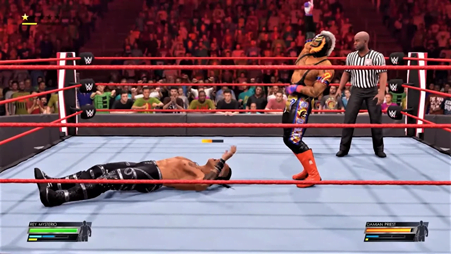 • It is very great news for WWE fans because now they will be able to control their favorite character Rey Mysterio
• It will be an amazing experience to play this game; there are various old features of the series returning in this game.