The Taipei Music centre designed by RUR architecture comprises of three landmark buildings that are oriented in a way that the entire development becomes a part of the city of Taipei. The iconic structure aims to capture Taipei’s powerful pop music industry. 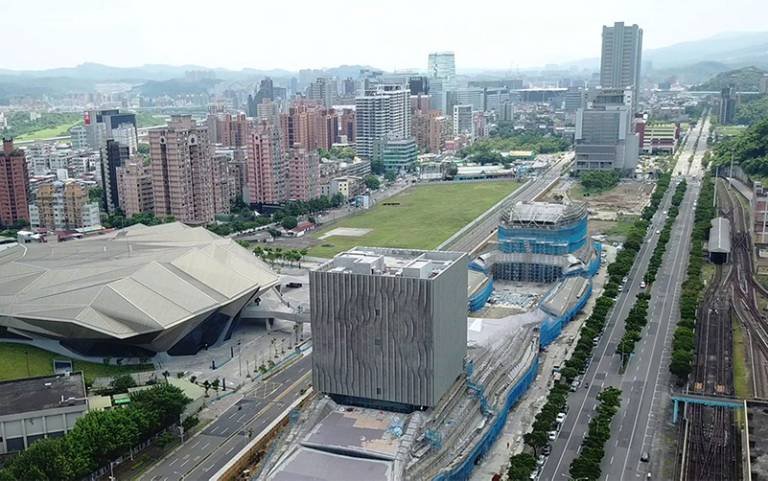 The music center comprises of a cube-shaped exhibition hall, a 6000 seater concert hall, and the ‘creative area building’. These three buildings are unified by a plinth that integrates the entire complex development.

The elevated circular route connects these complexes and allows additional programs, it is called the ‘event horizon’. The design is such that it encourages people to gather and showcase their talents. The event spaces act as a casual zone for people to integrate other event-related activities. 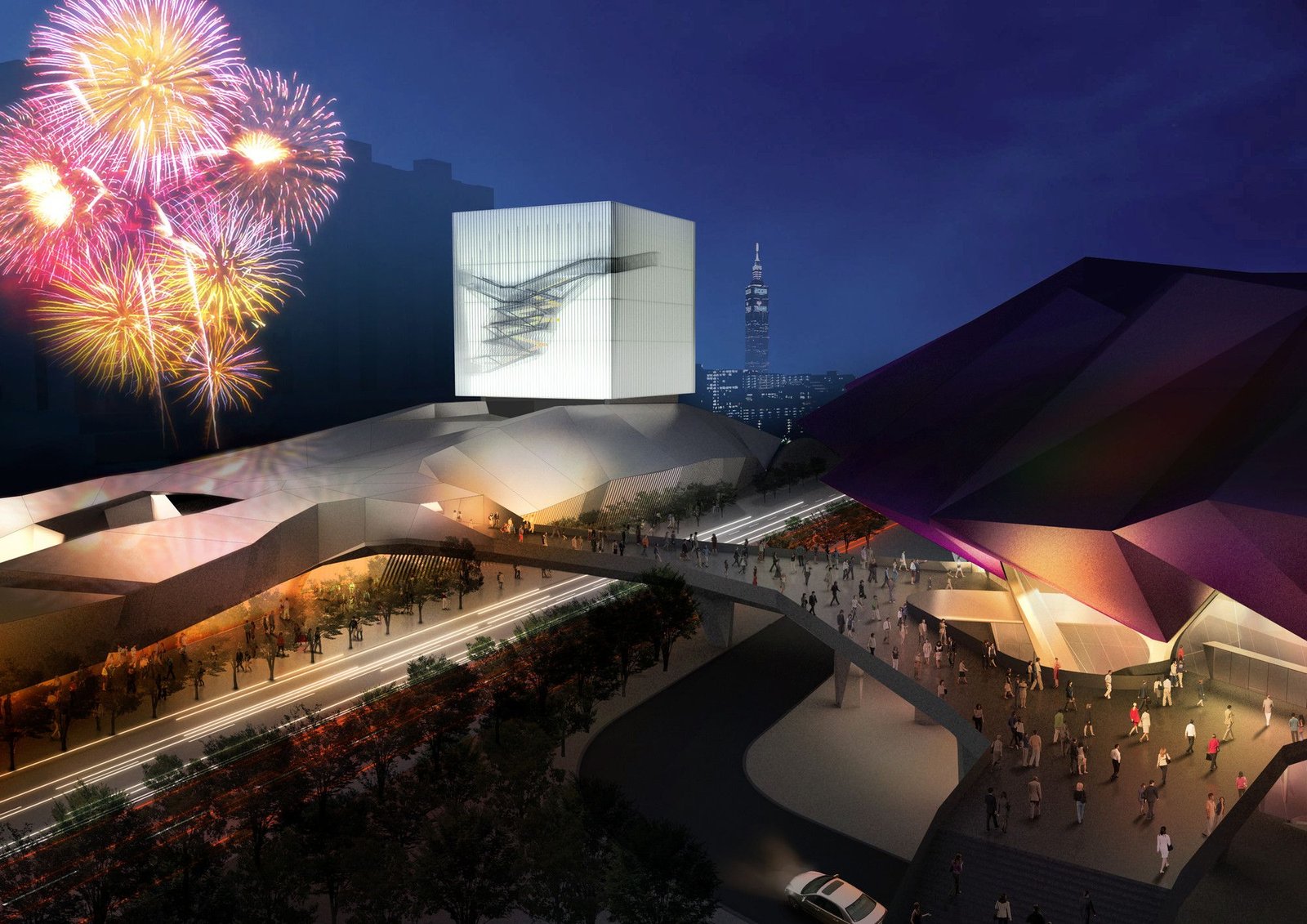 The public spaces are developed around a flowing crystalline geometry. The designers say that the design looks such that it emerges from the ground but it maintains its artificial look rather than mimicking some natural landform.

The concert hall is envisioned to be the landmark for the city of Taipei and its music scene. The hall has a distinctly fan-shaped exterior with glazing and sinuous interior beams. The hall of Fame is housed within the elevated cube that shows the history of pop music and also celebrates it. The dynamic envelope is both circulation and a lit media wall.

‘The importance of the architectural expression of the TMC cannot be overstated, it is very important for the public and users to know that when they enter the precinct of the TMC they are entering a unique creative part of Taipei city with its own architectural identity, style, and aesthetics; for the identity of Taiwanese pop music, while enmeshed in its local roots has also transcended them and operates on a world stage.’ the architects from RUR Architecture say. 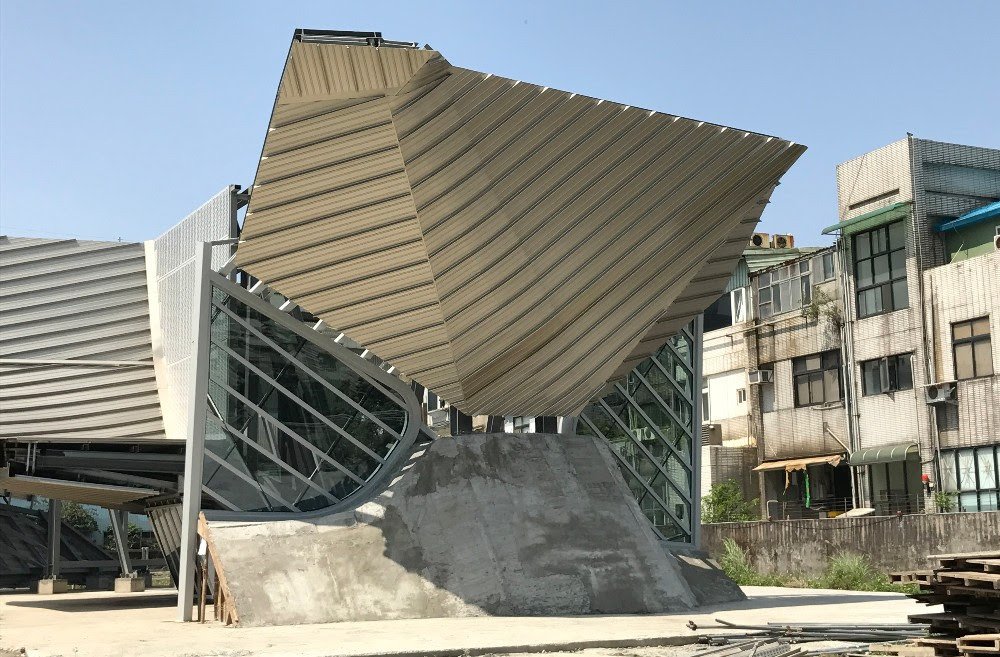 The prismatic industry shell is fitted with recording studios and rehearsal areas for a promotional basis. An outdoor plaza is also located to host outdoor events with cafes and restaurants.

The complex is a veritable city but is seamlessly integrated with the urban fabric. The complex is a reflection of the past, present, and future of the Taiwanese pop culture. The structure combines its rich past and celebrates it through structural forms and activities. Inspire of the complex is a progressive design of the century, it retains the culture that Taiwan is known for. The sculpted and innovative formwork gives innovative spaces for public use. The program act as a magnet for emerging artists and event spaces. 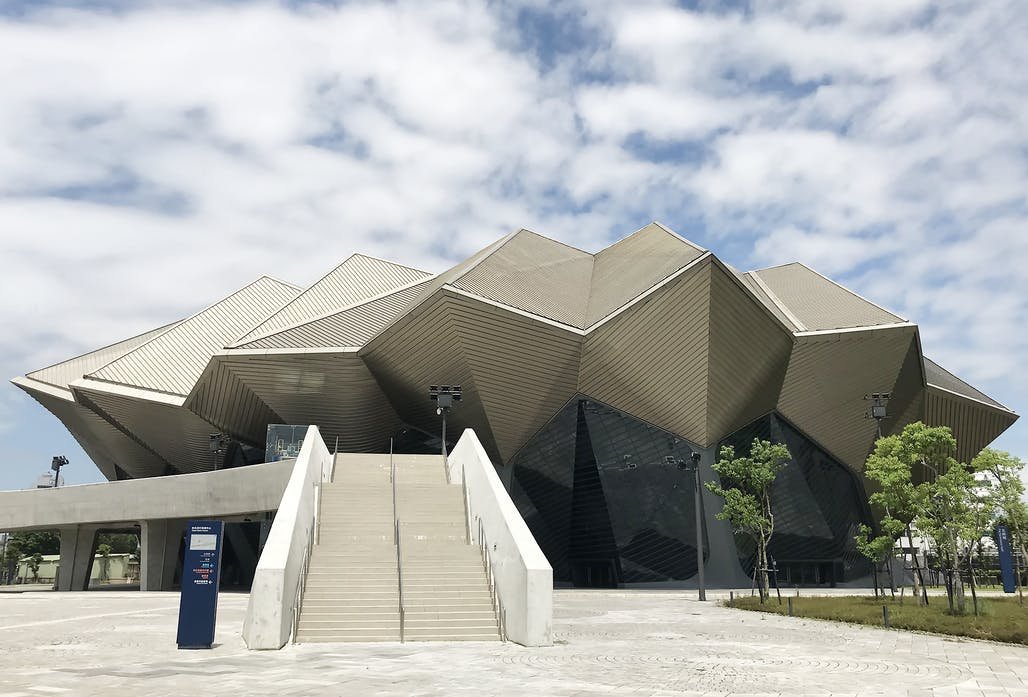 RUR architecture is a New York-based firm led by Jesse Reiser and Nanako Umemoto. It is a multi-disciplinary design firm, with projects built in a wide range of scales from furniture design to residential and commercial structures and even landscape, urban design, and infrastructure.

Previous article
Life Saving Websites for Architecture Students
Next article
DAITA 2019, A Blend of Outside & Inside