INTRODUCTION:- A  Password was Breached of a Famous Online Game Company ZYNGA.inc on 2nd September 2019. ZYNGA is a Leading...
739

The game SEA OF THIEVES was released on 30th March 2018 and this game can be played on various gaming platforms which are,

SEA OF THIEVES is a 2018 Action-adventure online video game played in Multiplayer game mode in First Person and Third-person perspective view. This game is a Pirate based game where we take the role of sea pirates and need to sail over the ocean. At the beginning of the game, the player needs to select his avatar to play the game. The game is played in a Shared world where all the players play the game online with each other and fight against each other while sailing. 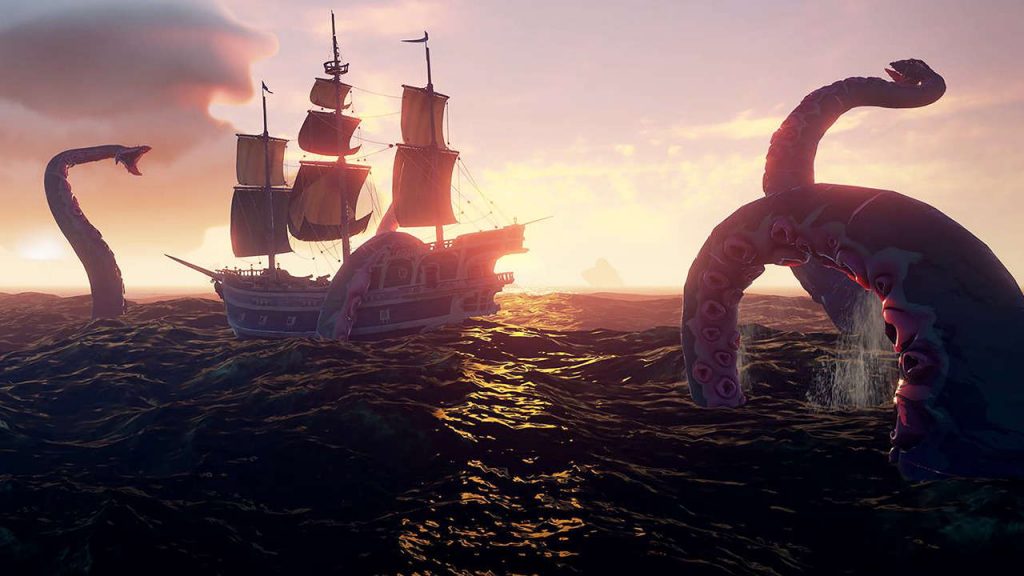 This game can be played in SOLO, DOUS, TRIOS and SQUAD mode. In 3 man and 4 man GALLEON (WARSHIP) the players can distribute their work in STEERING THE GALLEON, MANNING CANNONS, NAVIGATION, BOARDING ENEMIES SHIP and SCOUTING FROM CROWS NEST. While sailing the players can attack hostile ships to loot and restore the appliances. In this new update, The game has added a new Multiplayer game mode which allows four teams to compete with each other during the game. In this game, the player can complete voyages which are offered by the game. The voyages are,

1) GOLD HOARDERS:- In this voyage, the players are given Treasure maps or riddles to locate it and hunt for the treasure.

2) ORDER OF SOULS:- This voyage is mainly about challenges where we need to fight against enemies.

3) MERCHANT ALLIANCE:- In this voyage, The players need to deliver goods such as live animals to vendors within a time limit.

In the game, if any of the players dies he is sent on a GHOST SHIP known as Ferry, where the player waits to Respawn back to the game.

When the players are not on a mission, They can discover the open world of the game or attack the Skeleton forts of the game. The Skull-like clouds in the game indicate a skeleton island where the players raid to kill skeletons like enemies and to restore supplies. While going on sail, the players can store their ships with Food, Armors, Weapons and other items for the Captain’s quarters. When the players sail, they can also face some adverse weather conditions such as thunderstorms or need to encounter shipwrecks.