Modernity needs not always be transformation. It is, in fact, a product of the process that leads to transformation. These thoughts usually come up when we come in contact with the restoring of spaces, cities to be more specific. In the course of restoring the cultural heritage, the original character is not taken care of. The traditional values, practices, and beliefs seem to get lost at times. They tend to depart from the original character. Whereas, sometimes we see instances where a part of heritage is retained. This brings in a symbiotic co-existence of the old and new is seen. The process of up-gradation always results in something new, which can be termed as modern.

Restoring the heritage of Benaras

An important part of Indian civilization lies in the city of Benaras. Benaras is usually referred to as ‘older than history’. Considered as the city of Lord Shiva, the main highlight of Benaras is famous for its Kashi Vishwanath Temple and the River Ganges– the most important and pious religious places as per the Hindu beliefs. The temple attracts millions of pilgrims every year from across the country. The shrine is located in the congested lanes of old Kashi, with no direct link to Ganga River.

Apart from the absence of the link, it is surrounded by hundreds of old houses which makes the temple hidden between the concrete structures. The cityscape of this religious town was extremely organic and a revamp was the much-needed effort to channelize tourism, social life, and architecture more efficiently. The redevelopment of Benaras led to the emergence of two sets of conclusions. While one sect of people sees it as a very positive and great effort the others are of the opinion that the redevelopment plans have stripped off the social-cultural fabric and the traditional identity of Benaras. The people are of the opinion that cultural and natural heritage are increasingly threatened by destruction, not only from natural causes but also as the results of human interventions. 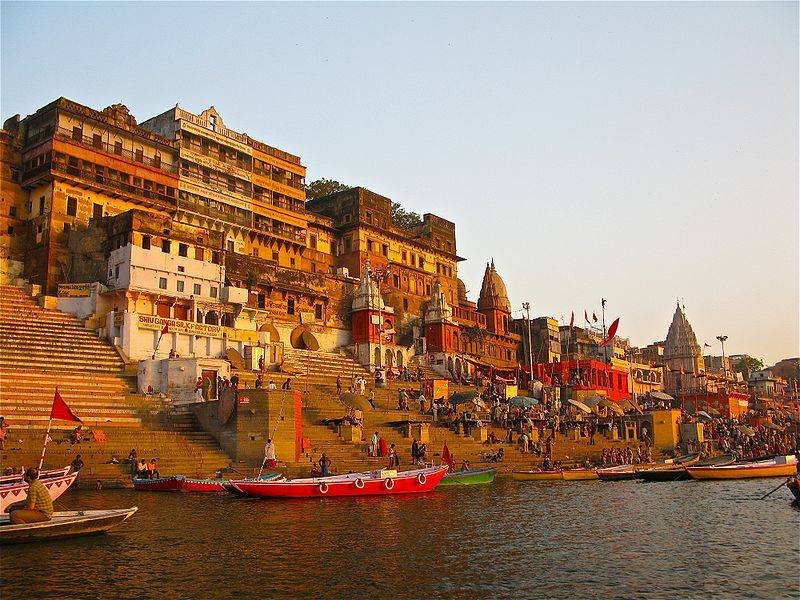 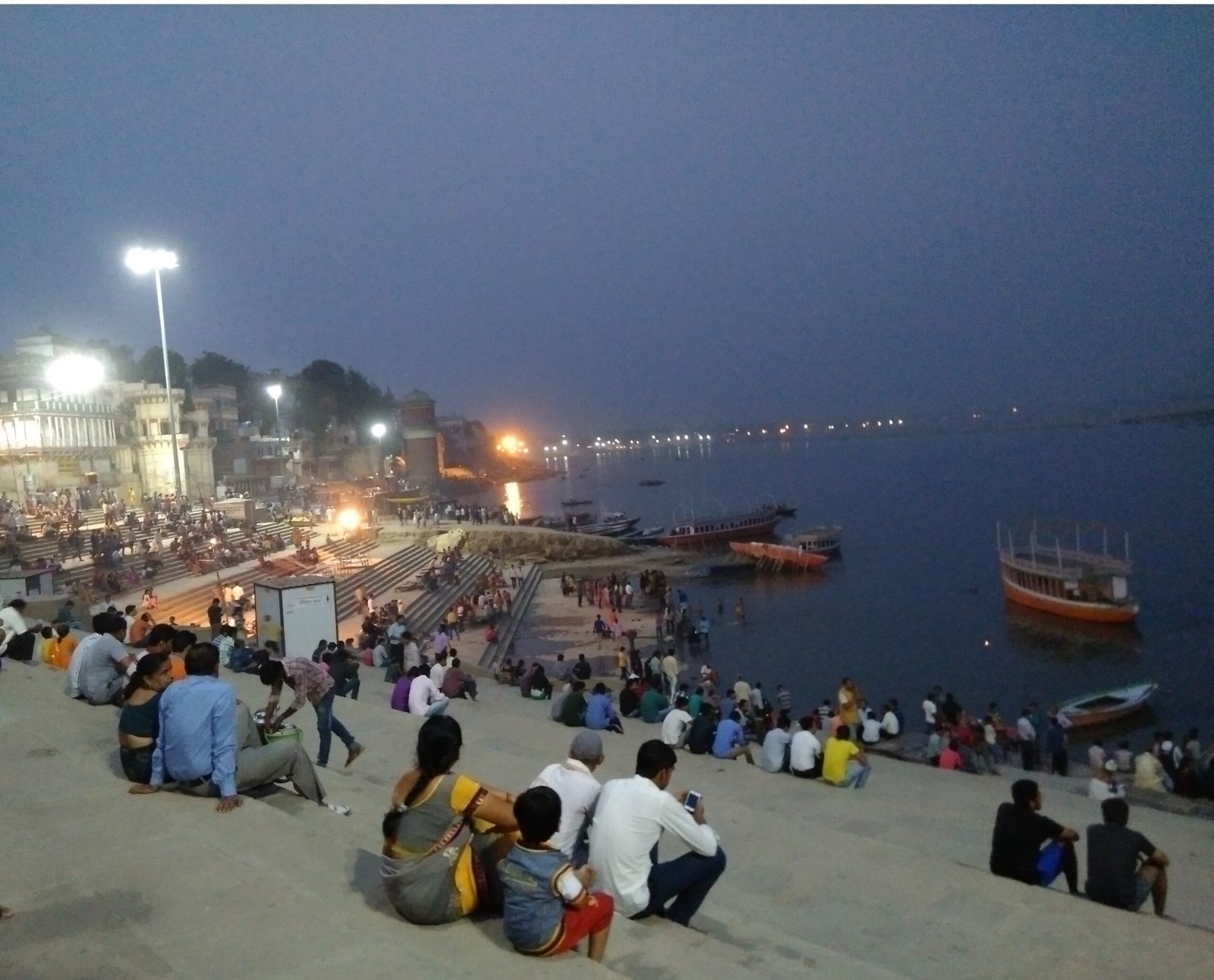 For a long time, the congested bylanes had become a part of the identity of Benaras. To reach the temple complex and the holy Ganges one had to pass by the organically developed bylanes, closely surrounded by small shops, series of small buildings lined along the twirling narrow streets. While this set a unique identity, there were also a lot of issues associated. The drainage system was very old and poor. Congestion of the shops and the traffic made the travel experience towards the temple complex a hectic task. There was no visual connection between the Holy Ganges and the temple. Wayfinding was poor due to the almost similar looking narrow streets. The organic development further led to the loss of a lot of ancient structures which till date remained hidden among the congestion of Benaras. 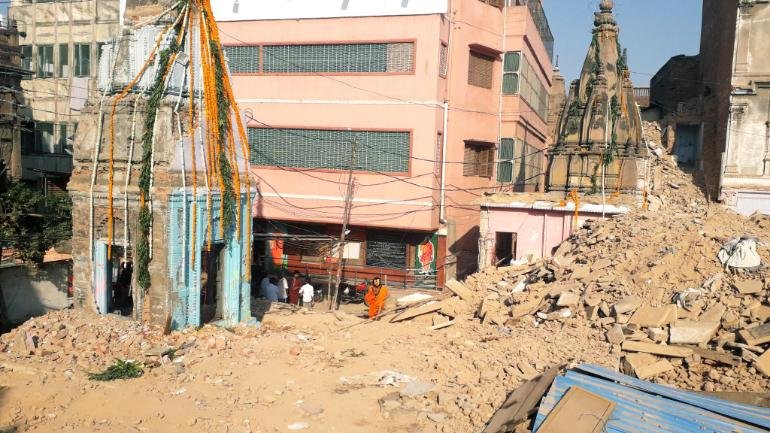 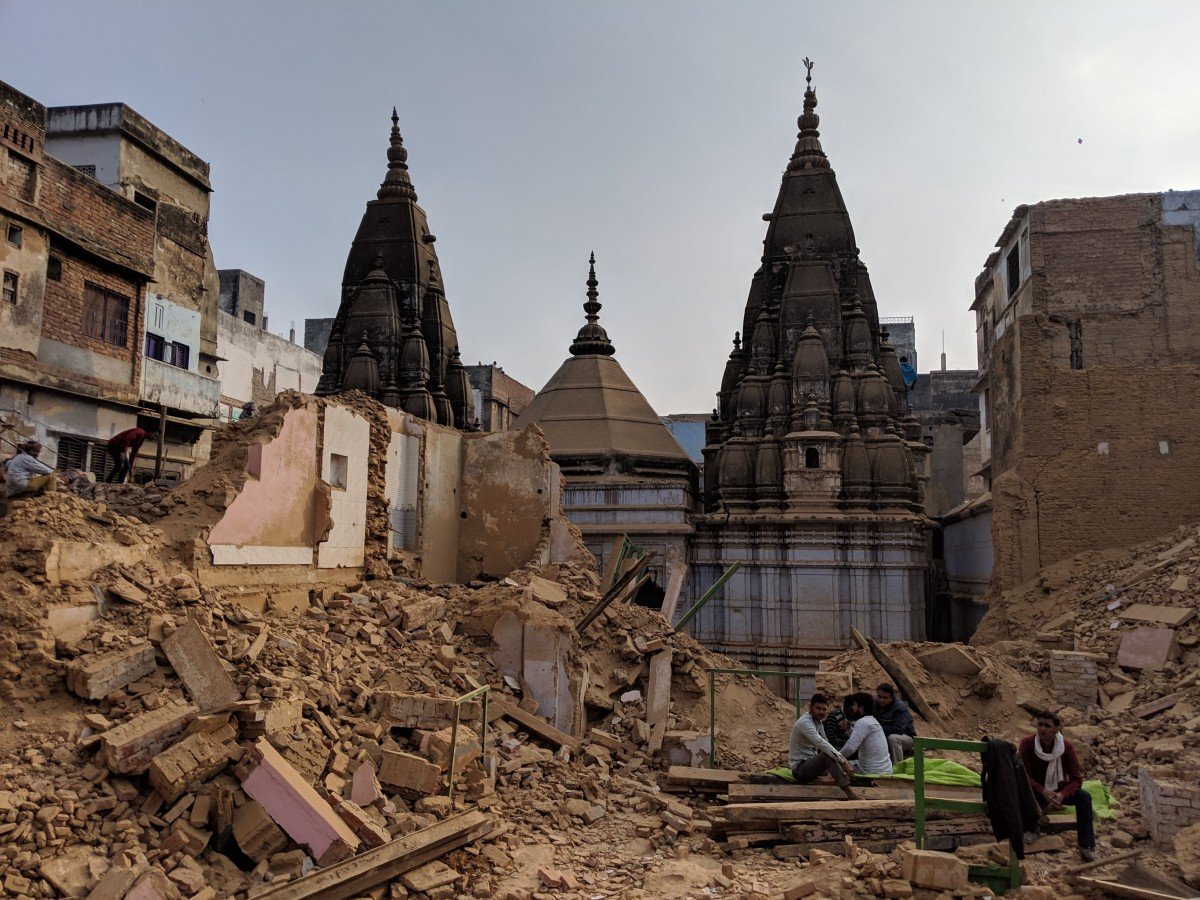 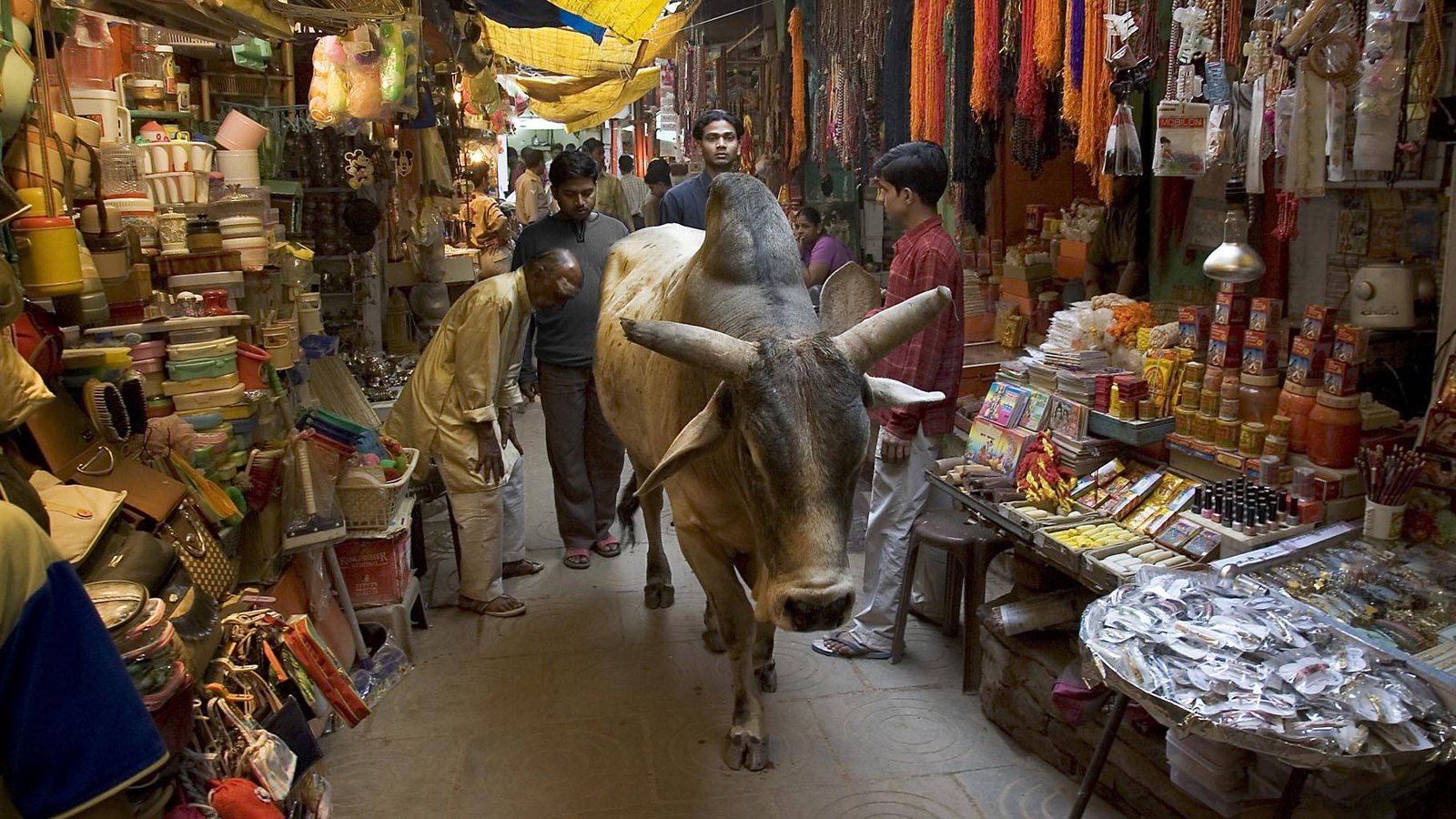 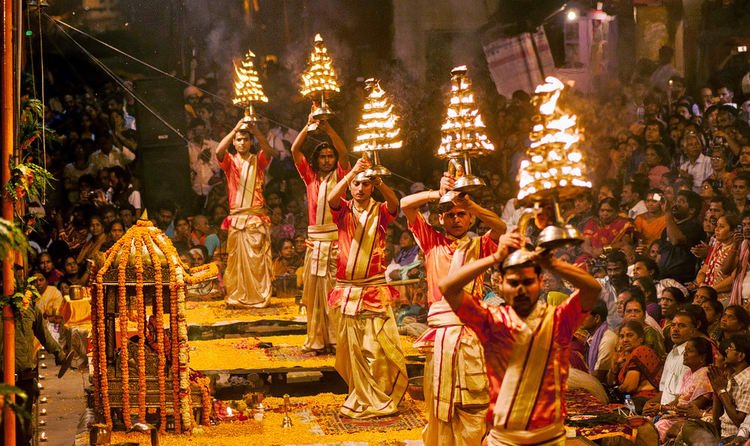 The demolition of buildings around the temple, for the Kashi Vishwanath Corridor project, led to the recovery of at least 40 very ancient temples. All of which were buried under other illegal construction around them. People had built kitchens, bathrooms, and much more atop those temples. Centuries-old ancient temples, earlier hidden are now visible and have undergone restoration and preservation.

Moreover, this demolition and clean-up process has led to the establishment of a visual connection between the temple and the Ganges and one can reach the temple within minutes without having to wander about the congested lanes. The completion of the project will give Kashi Vishwanath Temple complex a brand-new look, but the only thing to rethink here is that does this very common ‘brand new look’ approach work for Kashi? or would it have been better if a development plan that is exclusive to Kashi and its culture would have been implemented?

The culture associated with Benaras has always been oriented to the spiritual and traditional aspects. And it is believed that the plan failed to chalk out a development scheme exclusive to Benaras. The plan seemed to induce a very common scheme of development which included the development of roads, ‘modern’ infrastructure, and better lighting. While this was a good move, but it would have been better if the traditional aesthetics would have been considered as well. The ‘modern’ LED lightings along the ghats are believed to have erased the initial feel and fabric of the place. The style of the structures newly built is in no reference to the original vernacular environment of the place.

Undoubtedly the redevelopment plans for Benaras did a lot of good to the religion and spiritual sect. With improved facilities began the more and more influx of tourism, improved access to the temple complex, and better arrangements at the religious festivals and events. Betterment in tourism led to the welcome of more and more people from different parts of the country and also from different parts of the world. This also led to an improvement in business and hence led to a better economy for the city and the religious institutions housed in the city.

Debunking 10 Myths On BIM Inclusivity In The Construction Industry

Thomas Heatherwick’s Floating Park Needs a Brighter Future : The Reopening of The Vessel

Debunking 10 Myths On BIM Inclusivity In The Construction Industry

Thomas Heatherwick’s Floating Park Needs a Brighter Future : The Reopening of The Vessel