1) The Game Award for Best Performance

The game RED DEAD REDEMPTION 2 can be played in Single and Multiplayer mode. The game contains First and Third Person Shooter View. The game is an Open World type of game which is based on a Story of a Cowboy. The game has been made through Cowboy’s perspective who is a Gangster and has joined a gang named VAN DER LINDE GANG. The player needs to complete missions given by the gang members and earn money.

RED DEAD REDEMPTION 2 is an Western-Themed Action-Adventure game. The game is played by First or Third Person Shooter view. The game can be Played in Single or Multiplayer Mode. The game is an Open World type of game which is based on a story and Lifestyle of a Cowboy who is a Gangster. The contains High Graphics. The game can be played Offline as well as online. 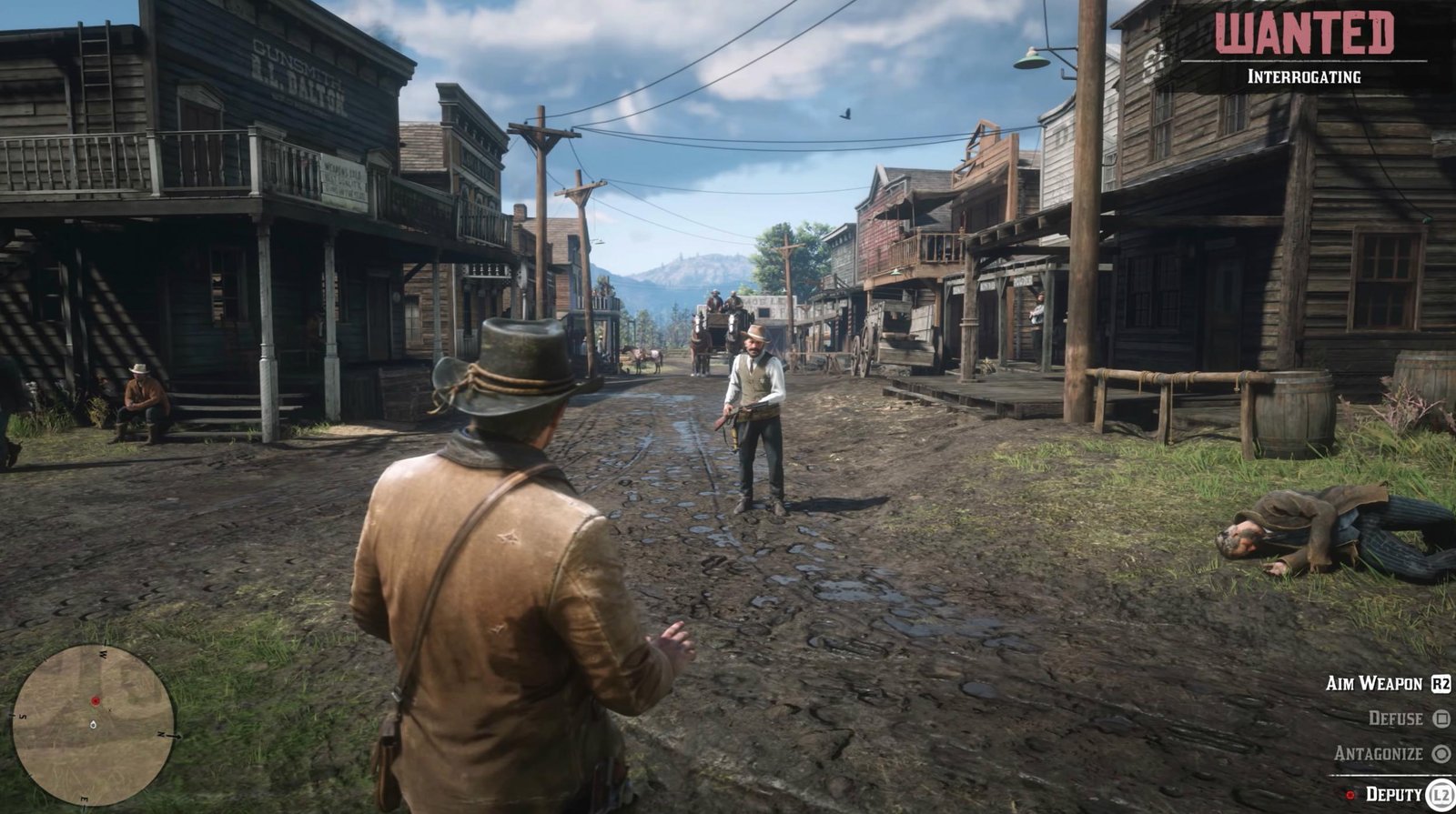 The game RED DEAD REDEMPTION 2 is a very trending game in the game’s world. The game stands Third on Top 10 games series. The game contains one player, who is a Hero of the game who is ARTHUR MORGAN. ARTHUR MORGAN is the Protagonist and main Playable character of the game. He joined the Van Der Linde Gang when he was 14 years old. In the game, we need to complete all the Missions and Objective Sets given by the Gang, to earn Money and Respect in the game.

While we are not on any missions we can freely see the whole outside world. We can also practice combat. We can also attack our enemies using Melee attacks, Firearms, Throwables or Explosives. Besides this, we can also take part in Side-Activities, With Companions or Strangers, which includes small tasks such as Dueling, Bounty Hunting, Searching for Treasure or three things which are told to collect on the map by other gang members. We can also enjoy Rock Carving, Playing Poker, Blackjacks, Dominoes and Five Finger Filet.

While completing missions the game Focuses Heavily on the player’s choice for the story. In the story, The game will give you Two Options such as Accept or Decline additional missions and lightly shape the Plot around their choice. There are many Morally Positive choice Which can be selected by the player such as,

All things in the game are more interesting to play.

THINGS TO KNOW ABOUT THE GAME:

1) Use Dead Eye for Hunting

3) Issue Simple Commands to your Horse

4) Unlock Secret moves by Bonding with your Steed

6) Learn to play Poker at camp

11) Fast travel for a Price

12) Keep your in Whistling Range

13) Store Hats on your Horse

15) Use the Ledger to Upgrade your camp

18) Always carry a Jacket in case of Cold Snap

21) Trap the Gallop Button to slow your Horse Stamina usage

22) You can change the name of your Horse

23) Hold down options select to bring up your Map

25) There are Cheat Code Hidden in the Newspaper