Rapid Increase of Verticality in Architecture

Architectural and planning features affect the social living of the inhabitants in metro cities; where around half of the population of earth lives. Multifunctional use of urban spaces risks losing its social and compositional significance.  The development form of any particular city in a spatial organization needs to interact with all the vital activities in the surrounding space. Development and overpopulation have greatly worsened the ecological systems in the cities.

At the present time, there is a number of advanced technologies; parts of structures can be manufactured for special requirements, the installation process has improved the impact of climatic conditions, time of construction is reduced. Hence, it is safe to say that high rise construction has been mastered and any emerging problem can be solved by applying modern design and structural technology.

Technical implementations of such projects are designed to dump the high part of the building. The reason behind this is the vibrations in the upper part of the building from air currents. One of the solutions to this problem is the installation of high rise tuned mass damper, also called harmonic absorber. The Tower of Taipei in Taiwan is an effective example of such implementation. 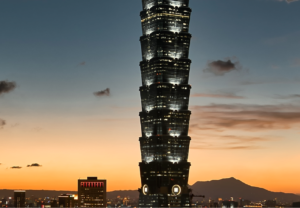 Considering the rapid increase in urban density, planners, developers, and designers are trying to look into the ways to sustain the living of people in the long run. Across the globe, urban density is hugely variable. Thus, the perception of a high rise with high density is most suitable with regards to future requirements.

Apart from all the negative impacts density has on our surroundings, it is actually seen as a good thing because of many reasons. It is regarded as more sustainable in terms of society and the economy. Cities offer greater opportunities for interaction and exchange that generates economic growth. Greater density puts more people in practical reach of services available in the modern world. Density is the only reason that creates the need for infrastructures such as schools, hospital residences, and recreational areas.

So, the next that arises is how high we can go in terms of building construction. Well, for coming generations there might not be any limit for the height of skyscrapers. Designing super tall structures, with height more than 300 m, is becoming more and more common mainly in cities like New York, London, Saudi Arabia, and South East Asia.

Experts believe that even bigger changes can happen when people start to embrace the idea of vertical cities. These kinds of cities are meant to provide you a kind of environment where all your needs can be met without necessarily having to go down to ground level. The implementation of such a concept might take some time, but it’s not very far from the present time.

There are some obvious challenges that come with densification; many people are completely against the hyperdense vision of future cities. It leads to poor transportation systems and weak access to the services that people need on a regular basis. High rise buildings might sacrifice a sustainable environment. 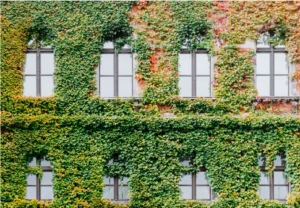 Vertical farming is already a reality and leads us even closer to our new high rise urban habitation. It is a practice of growing crops in vertically stacked layers in a controlled environment. The controlled environment helps in better plant growth with the help of newly developed techniques of hydroponics, aquaponics, and aeroponics. It is a very efficient way to reuse abandoned structures like tunnels, mine shafts, etc to use for farming. The use of building vertical surfaces is one of the best methods, often referred to as vertical gardening; it adds to the sustainability and aesthetics of the structure.

If done carefully, tall buildings can create strong communities. As architects, we need to respond properly and react according to the cultural norms and impacts in the surroundings. We must remember that people come and go, but architecture is with us for a long period of time. It represents the culture and characteristics of its time; In other words, it preserves history. We are responsible for the future changes in our urban environment. Vertical structures have always been considered as the mark of development and a strong economy and if it’s done properly it will lead to the development of better societies of the future.