In India, there has been a dedicated mission initiated by the government which aims at converting the cities across...
1009

The UNESCO World Capital of Architecture 2023

Parametric design in architecture can simply be defined as a system of parameters or variables and a set of argument constraints to produce an outcome, which can be modified and altered by changing those variables. While parametric art is based on an approach of algorithmic thinking which initiates the expression of parameters and rules it together defining, clarifying and encoding the relationship between design intent and design response.

Also, parametric furniture is creating specially designed sectioned furniture created using variables, inputs, outputs, and customization for the making of unique designs by the same mechanisms. The system of parametric modelling can be divided into two major categories primarily, the propagation-based systems where one computes from known to unknowns with a dataflow model and the constraint systems which solve sets of continuous and discrete constraints.

Parametric design works as a paradigm in the field of architecture wherein the relationship between the elements is used to redefine and manipulate the reformed designs implementing complexities of basic geometry and structures. Entomologically, the origin of the word is however from the field of mathematics referring to parametric equations in which the different variables that can be manipulated for the ending equation.

The beginning of this particular style started to evolve with the initial designs of the upside-down model of churches by Antonio Gaudi, in his design of Church of Colònia Güell where he created a radical model of strings which weighed downwards with birdshot to create complex vaulted ceilings and arches. The structure was created in such a way that using these weights and lengths of the strings could be altered which was observed by a mirror that was placed at the bottom of the model. 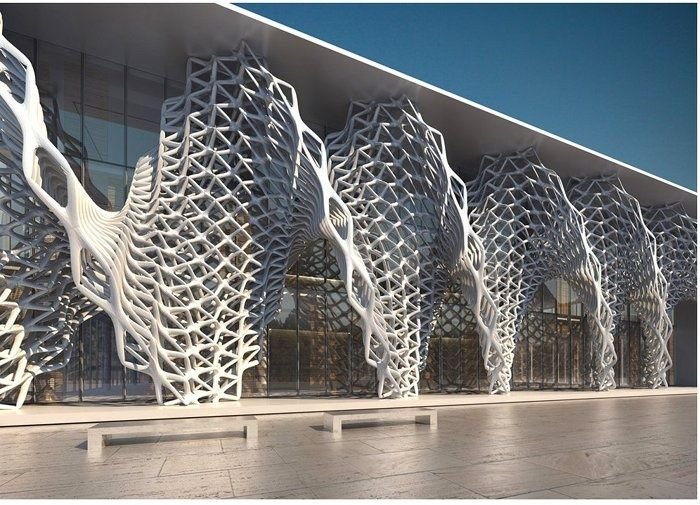 In architecture, nature has been a constant inspiration which has been enhanced with the evolution of computer technology, which has been acting as tools for architects and designers in this entire process. One of the firsts who initiated on using computers to generate designs was Greg Lynn, Shenzhen Baoan International Airport’s new Terminal 3, finished in 2013, designed by Italian architect Massimiliano Fuksas, with parametric design support by the engineering firm Knippers Helbig, is an example for the use of parametric design and production technologies in a large scale building.

In the field of urban design, the parametric deal with the study and prediction of settlement, along with producing solutions that reduce overall path length in systems while maintaining low average detour factor or facade differentiation. 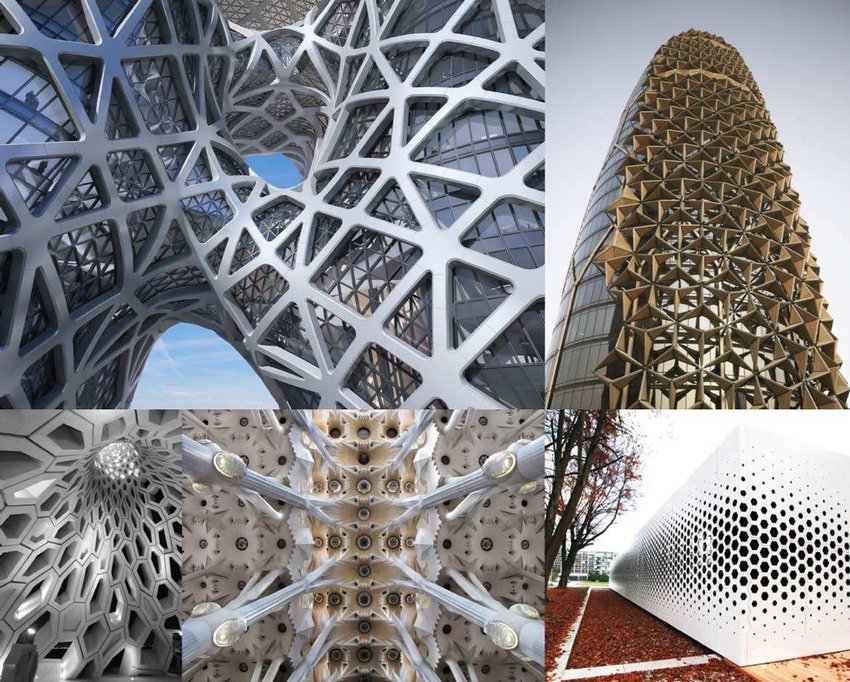 The various softwares which can be used as a platform for developing the unique designs are like power surfacing which is a SOLIDWORKS application for industrial designs, freedom organic or surface modelling integrated together. Other applications such as the computer-aided three-dimensional interactive application used by architect Frank Gehry for designing exceptional structures such as the Guggenheim Museum Bilbo, after which he built on to other such platforms. There exists a lot more of such examples like the Autodesk 3DS Max which acts as a software helping the 3D visualized models directing a better vision for the layman creating a perception. Autodesk Maya is computer graphics software generating an interactive base exposing the node graphs which serve as a visual representation of the scene. Grasshopper 3D is a plugin which presets the users with a visual programming language interface to create and edit the geometry. Other examples of such software are Autodesk Revit, Marionette, Modeller and so on.

However like every other design approach this too has its own pros and cons, while bringing advantages to the engineering aspects it is to always remember all of it is a reference work which might not be accurate always. The advantages include a part which is once made can be continued to worked on for generations to come by merely changing the variables, or any kind of mistake can also be rectified, hence any kind of modification can be incorporated in the designs. On the contrary, these methods have not really resulted in giving positive results as mentioned earlier it completely depends on prior assumptions thereby a early error can influence the entire process, hence demands micro-level detailed attentions. Also a number of strict challenges are to be overcome in order to achieve the vision followed by strict rules and paths, where a lot o restrictions are imposed.