With being nestled deep in woods and trees growing throughout the deck and prevailing winds, the Danish Cabin is truly immersed in nature. It’s a timber cabin designed by New British Design (NBD) forming part of an ‘eco glamp site’ in Cornwall, England.

The location at which it is constructed takes the name from this Cornish term ‘hideout’ and offers an off-grid accommodation. Titled ‘KUDHVA’, the Danish cabin is within a 43 acre abandoned slate quarry. 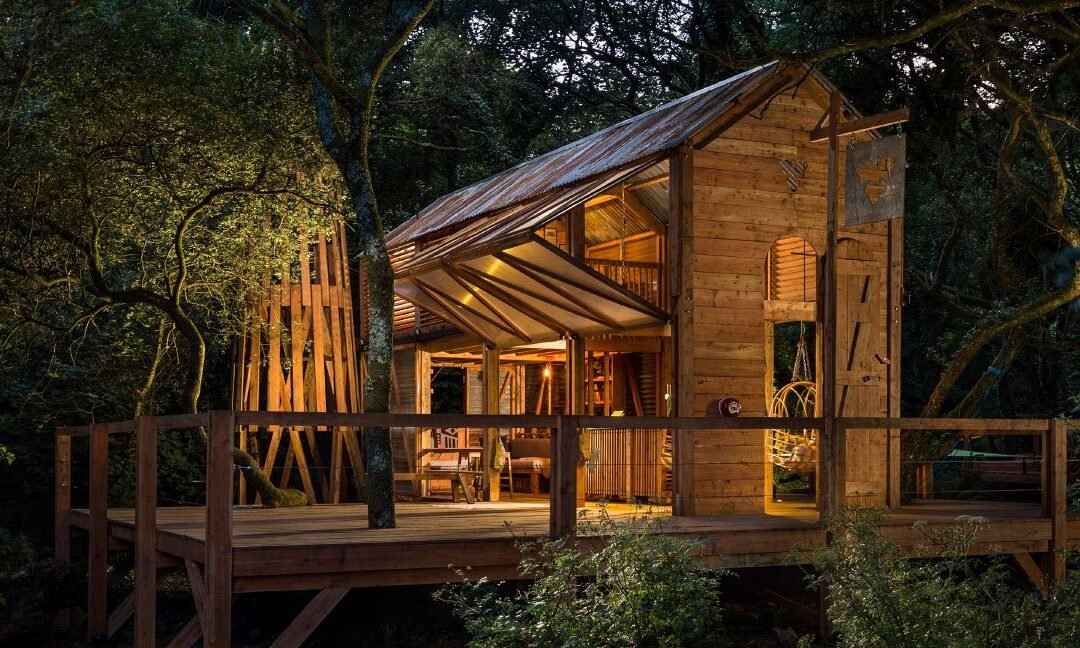 Developed by NBD alongside KUDHVA founder Louise Middleton, the Danish Cabin offers the public an off-grid retreat. With being an experimental architecture, the cabin is well thought for the experience.

The Cabin has a traditional Cornish house touch, that can accommodate up to 6 people. It has an incredible pared-down material palette of wood, tin & polycarbonate. The project also well serves as a pub with its own bar, as it was built for Carlsberg. 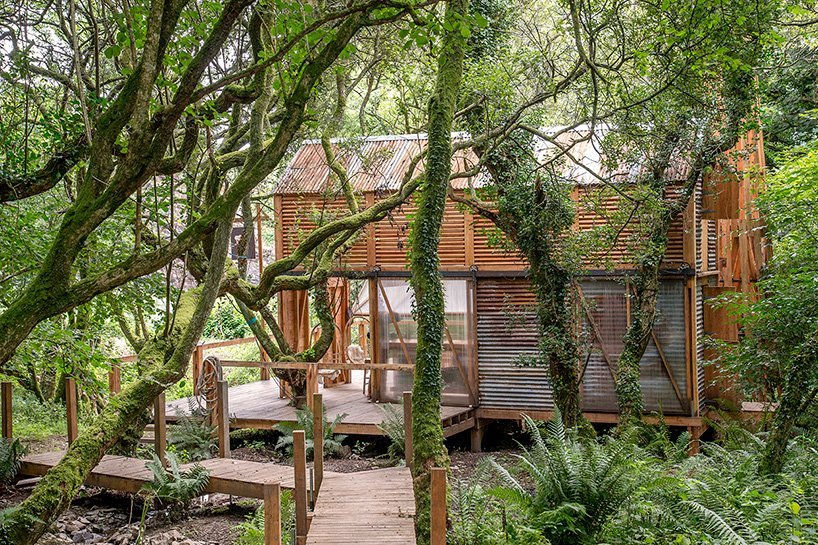 The structure weaves itself around the trees, and giant ferns that populate the site and the lightweight structure hovers above the stream. A series of ropes, rocks, and pulleys allow parts of the cabin to fold up. Sliding panels provide a further gateway to outdoors. At the same time, an adjacent fire pit offers means to cook next to the living area.

The off-grid pub design-build took just 5 days to assemble from start to finish and was filmed on locations as a part of wider social media engagement. The cabin is a low-impact structure constructed with the help of a simple material palette. 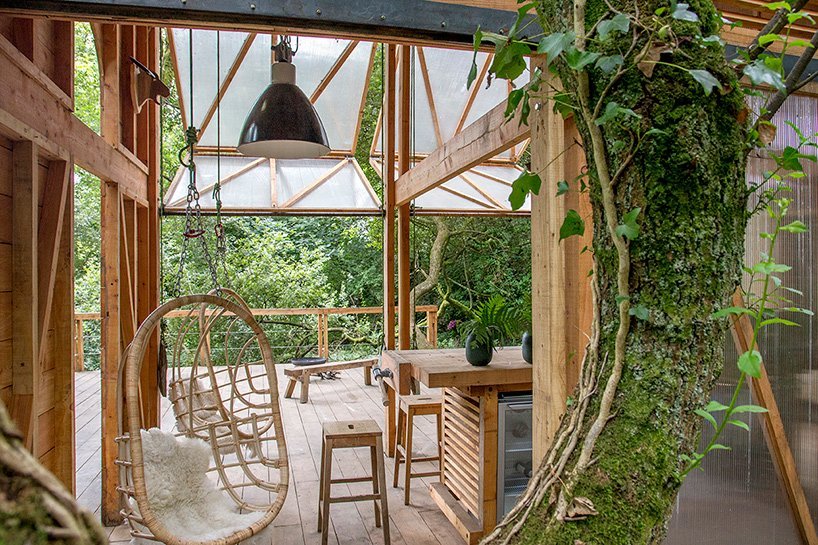 “We wanted to explore living space through a series of experimental prototypes on a 1:1 scale. We also wanted to create a low-impact structure which placed as much importance on the outside space as the inside” – Ben Huggins