The ‘Shifting Nests’ is a project proposed by the BLA Design Group to provide a sustainable housing solution for...
327

The modern city skyline is defined by high-rise structures, glass buildings, and bright lights. Populations rapidly increased, and a large number of people were moving from small towns to large cities, to study, work and provide for families. As cities developed and grew to become larger and larger, the need for verticality became vital.

With the development of the world also came a lot of adversities: Pollution, climate change, overpopulation, dwindling resources, and a breakdown of old infrastructure that’s unable to keep up with the present. While architecture may not play a direct role in these adversities, it is important to understand that it did facilitate them. Urban Sprawls and High Rise Structures make a dangerous combination, that leads to a complete disregard and breakdown for sustainability and natural resources.

From the beginning of time, structures have always been built above the ground. Although the concept of building underground isn’t completely foreign with the construction of underground bunkers and basements, it is possible to look at this on a larger scale. Entire cities can be built underground, with complete shelter, sewage, lighting, transport, and other facilities. To look at the nuances behind such a theory it is important to divide the city into three parts: Infrastructure, services, and above-ground facilities. 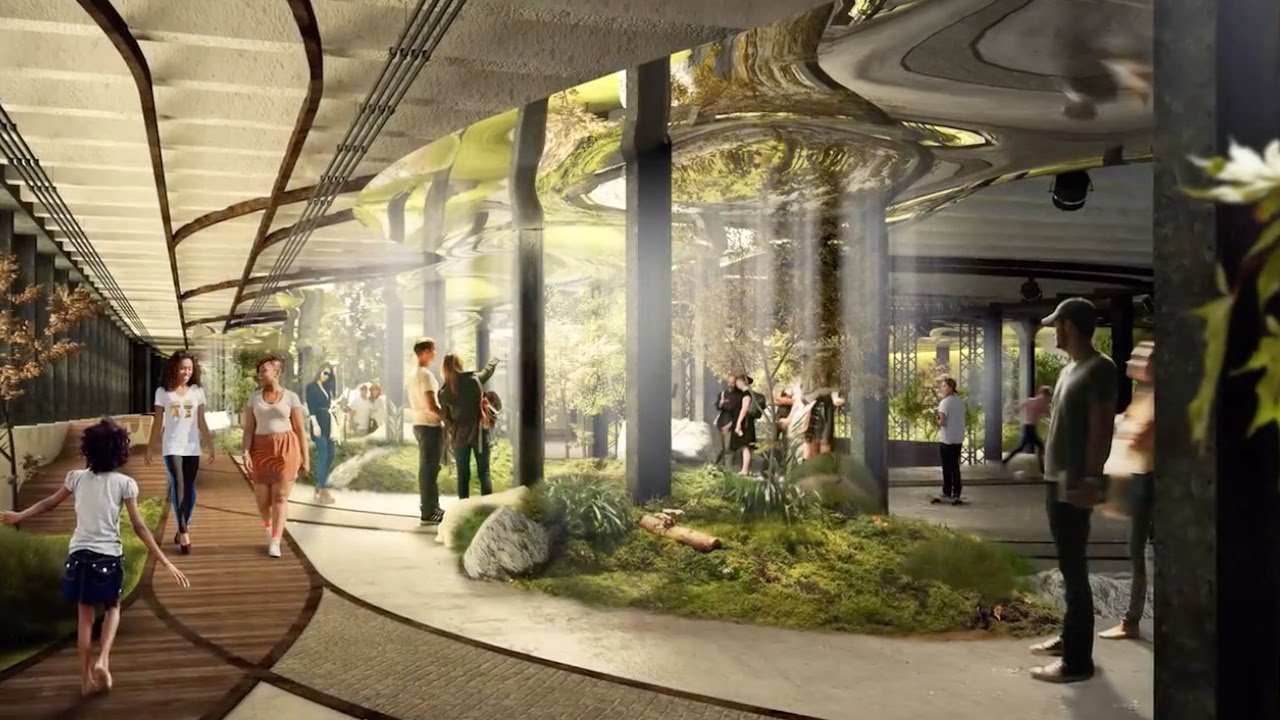 Building downwards in-depth actually gives a much larger distance than building upwards with respect to structural and imposed loading. Infrastructure-wise, underground construction would be relatively easier since structures would not be going against the force of gravity to remain upright. Factors like wind loads and other dynamic loads would be negligent and building underground would also be seismically advantageous as structures that are underground are less vulnerable to shaking than ones above.

Creating elevators and escalators that connect the different levels of the city could also be an entire network, with large-sized lifts that can take a number of people from the lowest point to the above-ground areas.

These spaces would have much better thermal insulation and can heat or cool spaces without the need for many HVAC facilities. 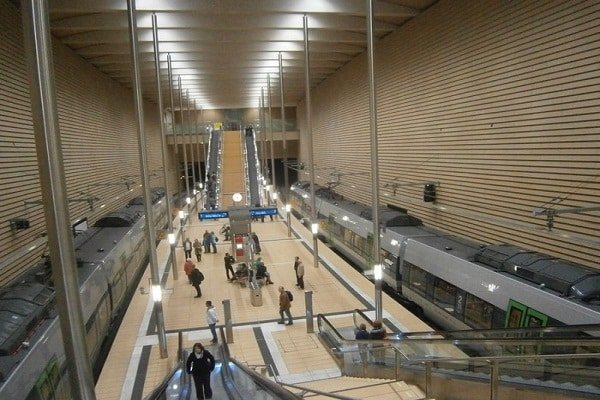 Services like transportation and sewage are already successfully being achieved underground. With the building of tunnels and underground sewage systems, humans have proved that subterranean networks like those are entirely possible.

In an underground city, transportation can be completely through tunnels for trains, cars, and other vehicles. Stacking tunnels one above the other can lead to multiple circulation channels unlike in an overground city, where flyovers can only be built at certain heights.

Sewage facilities would work effortlessly without the need for pumping and hydraulics where water and sewage will only require gravity to flow as the pipes will only move downwards.

Built infrastructure being completely underground, all agriculture functions and pedestrian movement can be above it. Since growing food and crop requires sunlight, activities like farming and rearing of animals if carried out well will create a very balanced ecosystem on top, which is not tainted by pollution, overcrowding, and contamination.

With regular tunnel entrances to the subterranean city, the overground could be one way of connecting the different parts of it. Not only can these areas be used for circulation, but also for leisure activities, parks, cycling paths, etc. Deforestation would be avoided in building a city like this, thereby maintaining the greenery and natural environment. Air and soil pollution would drastically decrease, making this model of a city a much more ecologically sound alternative that could possibly work in a real-life situation.

While such a city sounds extremely workable on paper, it does have a few hindrances. Lack of natural lighting and a decreased level of natural ventilation might lead to a number of complications. The cost of lighting and ventilation will also be much more than what would be required for an above-ground city and claustrophobia and low levels of melanin in the skin can be fatal.

The excavation of soil for such large areas and over such long depths would be extremely taxing, with large and unnecessary earth berms being created. While underground buildings would be more architecturally and structurally sound, their construction would be much more difficult as there would be a lack of visibility and too much congestion. 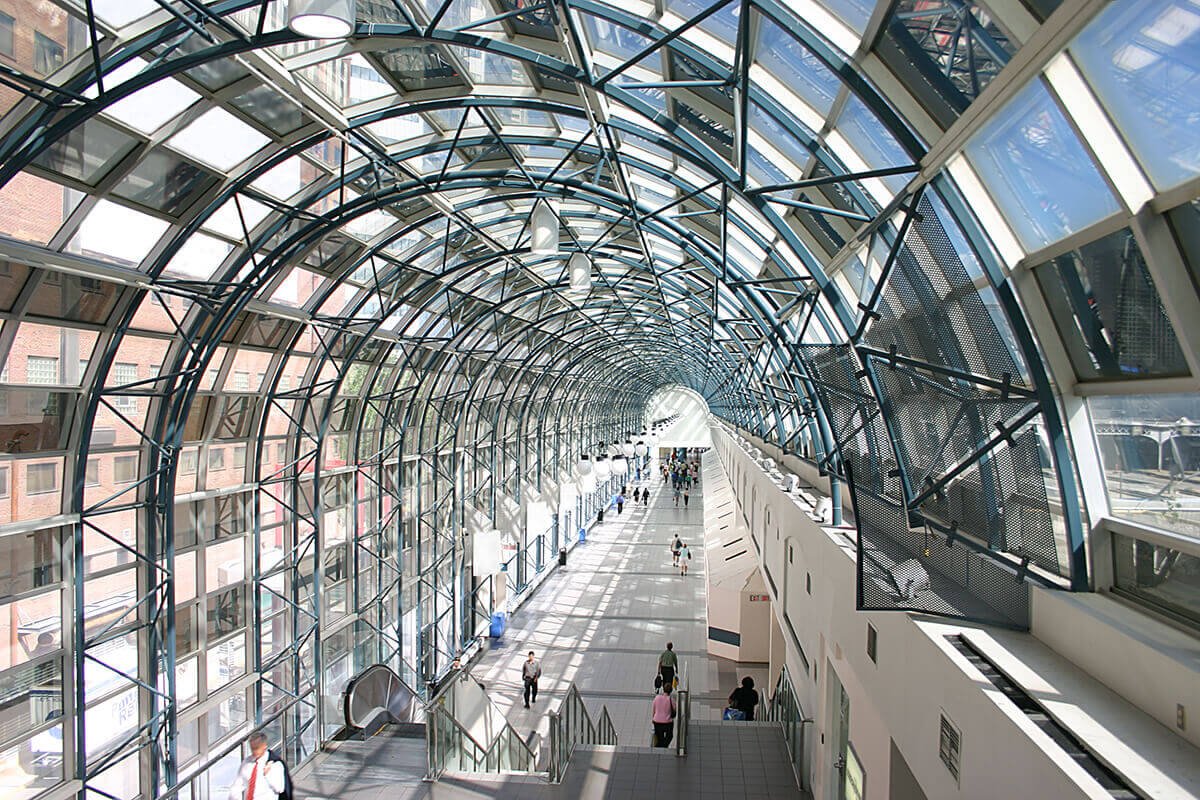 Although these types of cities do have some disadvantages, it is not entirely impossible to create them. While the expense and maintenance of some aspects seem impossible, the city will also be beneficial in many more ways if built with careful consideration and planning.

As we progress as a society, the number of people living in urban spaces is exponentially increasing. This is why, when it comes to urban design, the need for constant innovation needs to push much bolder and more aspirational ideas that would improve the quality of life and uplift society for a better tomorrow.