The ‘Shifting Nests’ is a project proposed by the BLA Design Group to provide a sustainable housing solution for...
451

Saili Sawantthttps://lifeinaday2016.wordpress.com
Architect and Interior Designer by profession, Writing is what she treats as her passion. She has worked as an Architectural Writer, Editor, and Journalist for various design as well as digital portals like ParametricArchitecture, FOAID (Festival of Architecture & Interior Design), Rethinking the Future (RTF), La Polo International, etc. Formerly she has also worked with Godrej Properties Limited (GPL) Design Studio, Mumbai due to her keen interested in learning about Sustainability and Green buildings. Apart from this, she runs her blog 'The Reader's Express'.
Death is an inevitable process; every single living entity has to go through it. The spaces that cater to this sector such as crematoria, cemetery, tombs, etc.  have seen a rather slow-paced change over the years. Unlike an office space or school, which caters to a certain typology of a user, the death spaces are rather non-discriminative. They, in turn, cater to an extensive variety of users at the same time.  Death or death spaces have been treated as a taboo since historic times, due to which they were often located far off from the city centers. Whereas in today’s time, rapid urbanization has led to the inclusiveness of these spaces within the city radars. Rapid urban growth, population, migration, mortality rates, increase in land value has made people realize the need to have an efficient and humane solution to deal with death practices.
Every building typology deserves architecture, the crematoria, cemeteries, tombs are a necessity and thus, need equality in design treatment. Many projects and initiatives on a global level are seen to make death practices more humane, expressive, thoughtful, and practical.
While the sensitivity of such an issue is a mandate, its appreciable to see many architectural projects taking initiative to design these spaces with a deep sense of thought and expressiveness and thus, giving back to the community. Apart from this many technological innovations in this field are also seen with sustainability as the main criterion.
Capsula Mundi
The ‘Capsula Mundi’ is an organic casket. Once the capsule is buried, it’s an outer plastic shell that is biodegradable, breaks down and the contents become nutrients for a sapling planted on top of it. The goal of the designers Citelli and Bretzel is to have green cemeteries, which are full of trees, rather than the usual tombstones. 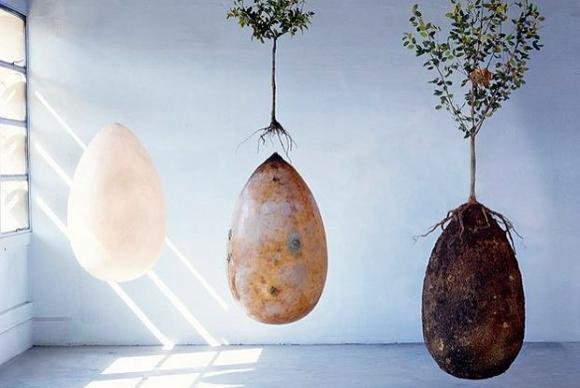 Meiso No More Crematorium, Japan
This Crematorium has changed the perception of crematoriums being merely functional spaces. The accessible wave roof acts as a walking space for the visitor’s which faces a water body amidst the hills to give a sense of peace and serenity to the user.

Funeral Wear for the deceased
A student Jingle Yu from the Parsons School of Design has come up with a collection of funeral wear. It aims to tackle the idea that why should death be depressive, instead it can be treated as a celebration of life. Thus, the death industry is seeing a rapid change in recent years where it’s not centric to the end activity but more on the entire approach of reaching towards the end activity.
Ashwini Kumar Crematorium, Surat
This Crematorium has been one of the oldest crematoria in the city of Surat. It started as a traditional crematorium with wood-based cremation facility but over the recent years, it went under redevelopment and now has transformed into an eco-friendly crematorium with CNG based cremation pyres that are cheaper and take less time per cremation.
Many such crematoriums in India have now started adopting this system.
Namami Gange
Green Crematoriums are planned to be built along the Ganga, covering the nearby villages. The Namami Gange Project is launched by the government for the same. These Crematoriums will come up in the nearby villages of Rishikesh, Haridwar, Uttrakashi, and Gangotri will offer ecologically responsible cremation in which less wood will be utilized and other safeguards to ensure that the environment and the river Ganga is kept away from any further pollution.
Gubbio Cemetry, Italy
This Cemetry extension is focused on providing opportunities for the user to pause and reflect. This is achieved by scaling the walls tall enough to engage the user through the skylight rather than an angled source of natural light.
The spaces are known as ‘Squares of Silence’. The courtyards with a single square opening allow the skylight to enter the space and the walls are high enough to cancel out every other light source. This evokes a sense of remembrance and contemplation. 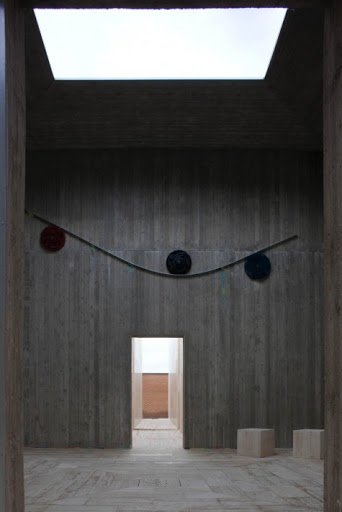 Family Tomb in the Açor Mountains, Portugal
This tomb space designed by the Architect Pedro Dias is a rather small project, with a minimalistic approach towards design. It includes small seating space for contemplation that oversees the mountains around the precinct. It uses minimal symbols such as a cruciform aperture that is cut on the roof. The material palette and finish are the key highlights of this project. 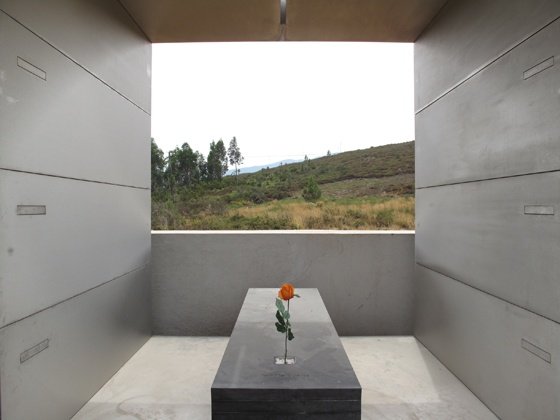 It a visual that states, architecture needn’t be grand or large in scale to have an impact on a user.
Whenever we talk about architecture that improves the quality of life, we always imagine an office, a café, school, and so on. It is very rare to imagine a hospice, crematorium, cemetery, or a tomb.
Why is that?
It is because we always view them as thorough practical and functional spaces that are always running full on-demand and thus, needn’t be aesthetically sound. But even these spaces, unlike every other space, deserve good ventilation, light, and spatial quality.
Now is the time we start relooking and reanalyzing these spaces, as they have the potential to impact an individual’s perspective towards death and the dying.
Share
Facebook
Twitter
Pinterest
WhatsApp
Previous article
North America’s Tallest Living Green Wall
Next article
‘Double Extortion’ Ransomware Attacks
- Advertisement -