The game CRUSADER KINGS II is a Grand Strategy game. The game is Developed by PARADOX DEVELOPMENT STUDIO. PARADOX INTERACTIVE publishes the game. The Director of this game is HENRIK FAHRAEUS. JOHAN ANDERSSON produces the game. HENERIK FAHRAEUS and CHRISTOPHER KING design the game.

The game is programmed by HENERIK FAHRAEUS, JOHN LERSTROM and FREDRIK ZETTERMAN. The Artist of this game FREDRIK TOLL. ANDREAS WALDETOFT composes the game. The Engine used in this game is CLAUSEWITZ.

The game can be played in,

The games release date for the above Consoles is,

CRUSADER KINGS II is a Grand Strategy game. This is a Role-playing game. It can be played as Single-player and as well as Multiplayer game mode and is Dynasty simulator. In the game, the player controls a Medieval Dynasty from 1066 to 1452. The player can start the game between the dates 1st January 1066 to 31st December 1337. The game is based on the people of the game which act as they are people living in a real-world like us. In the game, we are ruling an Empire we need to fulfil our kingdoms as well as our Family’s needs. Our one mistake might be chaos to our kingdom. The game ends, and we die.

CRUSADER KINGS II is based on the life of a common man. The game describes the 700 century of the world like, 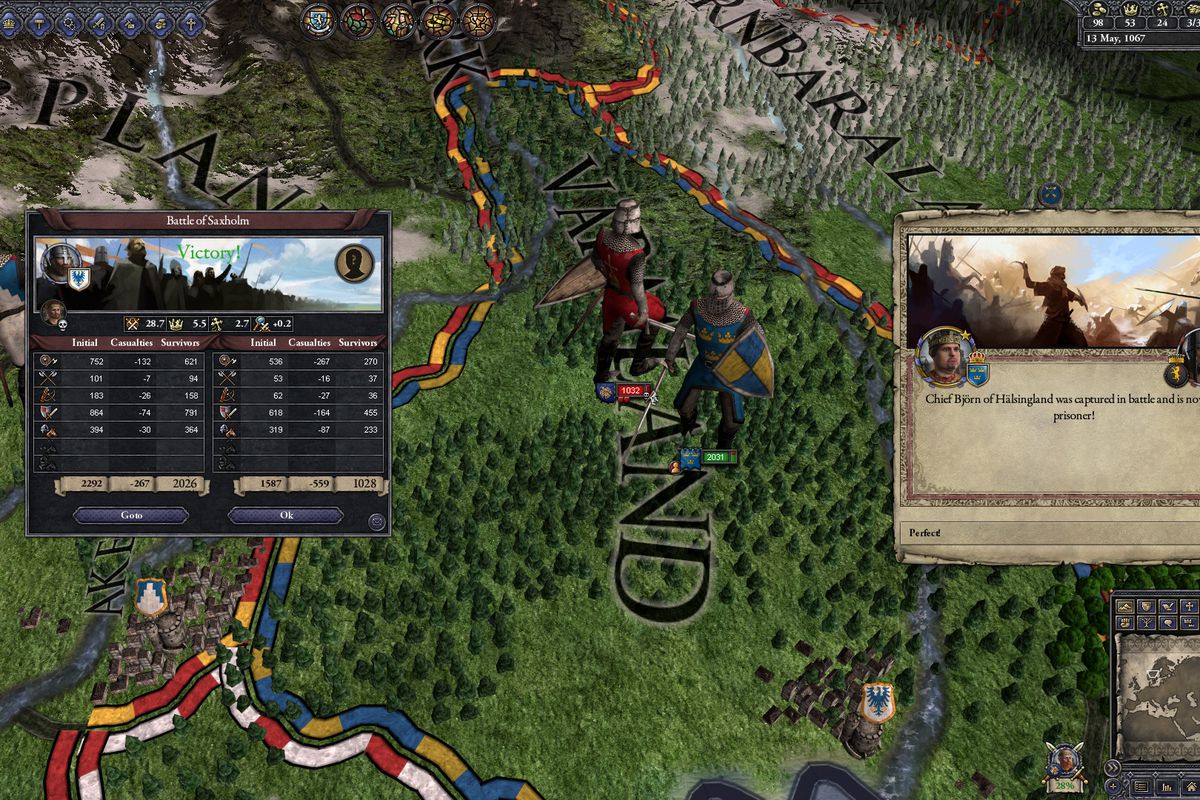 Are all the things described in this game? Through this game, you can enjoy seeing our past countries timeline. With this game, there are many Historical figures seen in the game which are, WILLIAM THE CONQUEROR, CHARMLEMANGE GENGIS KHAN, ROBERT GUSICARD and more.

It is fully dependent upon the player’s choice to play the game and is based on the life of a king who needs to develop his kingdom and fulfil his Family needs. One mistake will Destroy your Empire. We can also face many problems like getting a harmful disease like Cancer, Losing our Family member and more. In the game, we need to gain Education to make our Empire. We can also choose our life partner in-game. We need to complete our Family cycle and our ancestors’ wishes in CRUSADER KING II. The game ends when the player Dies.