HomeArchitectureConserving The Old, For Generations To Come
Architecture

In India, there has been a dedicated mission initiated by the government which aims at converting the cities across...
286

Evolution of Door and Windows

Restoration architecture is the conservation of historic buildings and monuments under specialized architects known as restoration architects, their role is to alter or restore these buildings in such a way that the buildings are saved from further deterioration. This particular branch of architecture also has a close connection with history too, in such cases the restoration is done keeping in mind the thought of accurately revealing, recovering and representing the building without compromising on its originality. The restoration can be however done in many ways, like by changing the heating and the cooling system of the building thereby making it climate-responsive, or the paint on the outer façade can also be altered so as to save it from pollution, acid rain, and the heavy rays of the sun.

History of a particular period defines us the traditions, cultural beliefs and socio-economic status of the people back then and how they eventually evolved to present times. Hence, conserving these historical monuments is extremely necessary and important as they give way to the evolution that has paved its path to the modern eras. This world has witnessed various long, significant and detailed ancient civilizations that can be revealed from there architectural constructions, hence saving these buildings from being demolished with time is important. The buildings not only help us to infer the construction style or details about craftsmanship but also act as a center or attraction for tourists, thereby contributing to the nation’s economy.

India is a country which has a rich heritage that must be saved and well conserved for future generation to experience them and be a part of the legacy. Various Indian architects have taken a toll on this and used the royalty as a design tool or modern constructions leading to magnificent structures.

The more than 100-year-old city-owned library is located in the north end of Winnipeg, Canada, covering an area of 7000 ft2 was constructed in 1914 by Andrew Carnegie, it also received the MHS Centennial Organization Award in 2015. There were many more public interactive spaces added based on the user group; the restoration works included the addition of a community plaza and a stormwater retention garden, meeting both the requirements of conserving the heritage and also altered the exterior as well as interior accessibility. 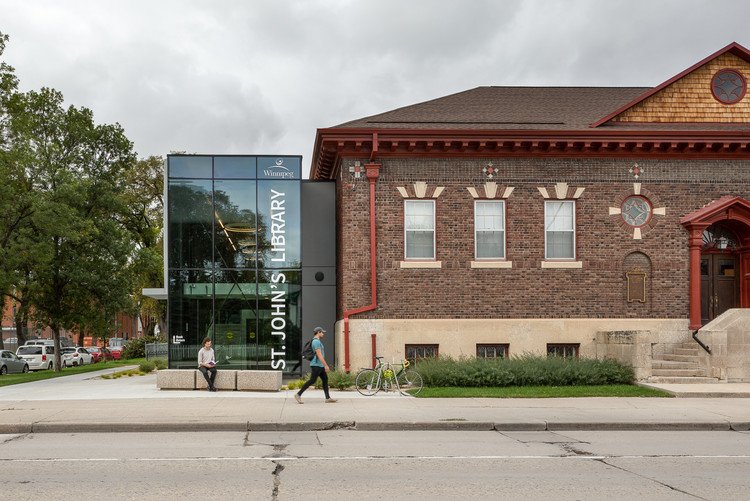 The glass box facilitates the existing façade of the library, while the interiors are left to its original state by removal of just one window. The addition includes a lift, the main stairs, magazine wracks, and a standing working table along with a universal washroom. On the outer side lies a galvanized rain gutter waterfalls over the glass, keeping in mind that the site is in such a city that is still to upgrade on making the structure sustainable and economical at the same time.

The specially designed structure in the city of Ho Chi Min City, Vietnam was initially been build in 1965, owned works in the travel ad tourism business, who thought of renovating it into an interactive cultural coexisting place for people sharing the same dynamic. In this place, people can catch upon themselves and cook Vietnamese food especially the vegan ones. All kind of original existing furniture were reused in building the present design, like the old windows form the distinctive outer faced which contribute to the ventilation purposes as well and is I harmony with the entire house, they also have been placed inside the house at various places which acts as partitions, separate and stresses on aesthetics. 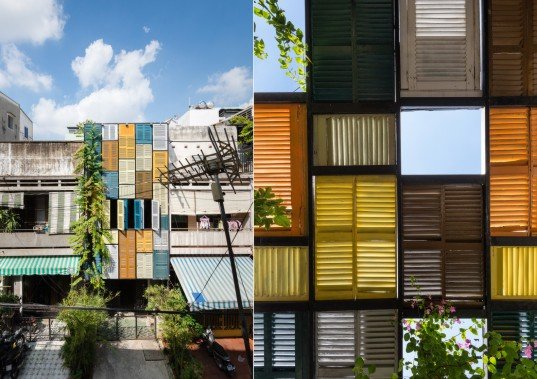 The space was designed to promote cultural interactions among travelers of various culture, backgrounds and nations, inculcating the sense of community simply by rearranging the old furnitures and as members keep on adding the space gets life, character and identity of its own.

Conclusion
Designing new spaces in architecture is definitely important, but redefining, preserving and restoring old buildings is evidently important as it describes the various details of history, construction techniques and craftsmanship from the very beginning of timeline since the existence of mankind. These structure have witnessed the various crucial times that the world has undergone.