‘Digitalization is the future’ – off lately we have heard a lot of this. Artificial Intelligence, Digital Media and Machine Learning have been revolutionizing various genres today. The field of Architecture is also no different from this pattern. Digitalization has taken up significant space in the architecture industry as well. The aesthetics in architecture is gradually going through a paradigm shift and has attained new heights. The ‘idea’ of a building facade has grown to be more interactive. Technology has evolved to make the facades more ‘Visual’ and digitally interactive.

Evolution of the facade

The facade of buildings has gone through a long process of evolution. The skin of the facade has evolved from being a heavy ornamented, pilastered facade to a more minimalistic and transparent glass facade. Now, this process of evolution has attained new heights where the basic unit of the facade has reduced down to a digital pixel. Digitalization of architectural facades has also given the liberty to switch the facades as and when needed visually. Thus we can say that digitalization has majorly helped to break the monotony of the facades.

Digital technology has empowered architecture to venture into seamless and modern age facades. The new-age digital facades have led to set visually and emotionally engaging narratives. As a result of this, architecture has become more depictive with the help of digital intervention. This technology has led to the trend wherein the buildings communicate with the city dwellers in a very unique and engaging pattern. Digital Facades enables us to depict various thought processes like social messages, branding, General affairs etc. through buildings. It has also helped to put up the vibe of the city/space on to the building facade. Individual buildings show on public squares, and other congregation spaces are adorned with digital lighting and visual effects. Hence, this adds a playful and fun vibe to the cityscape.

Most of the Digital Facades today are curated for this purpose. This kind of facades is used to establish a visual identity in the cityscape. Such facades help in setting up an iconic reference in the skyline or the urban space and are especially attributed to a particular brand. The office headquarters of a certain brand or structures trying to attain iconic recognition usually indulge in this kind of design.

Facades of big brands and establishments usually use the opportunity to turn their built forms into a live and interactive platform for branding and advertisement of their brand. Such facades are usually seen at public squares and congregation spaces where the facades advertise to the masses in a visually interactive manner. The Times Square at New York is one such example of a media infused Facade. 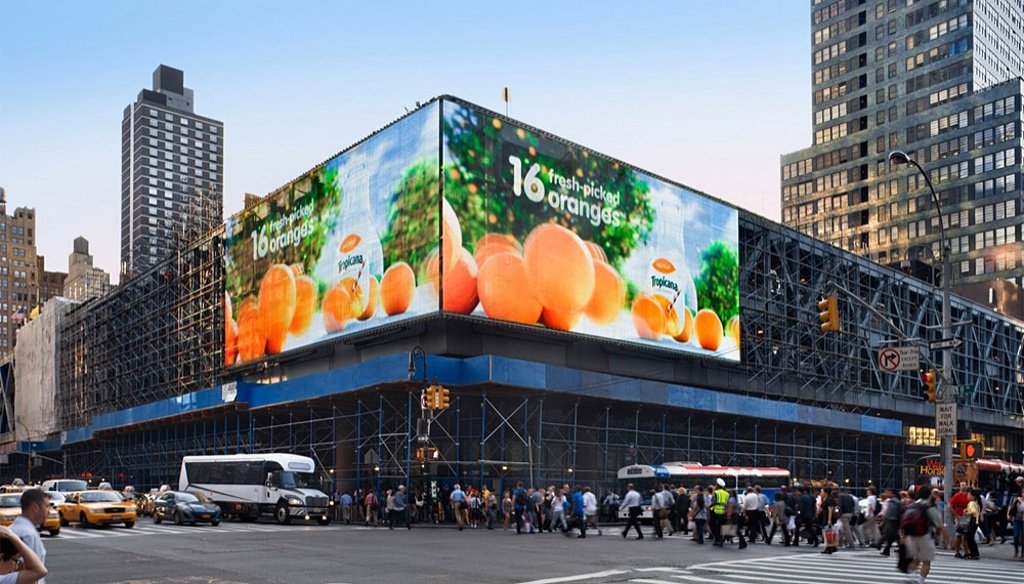 Digital Facades have now grown to become platforms for the spread of the social message. This has helped to bridge the gap between emotional awakening and architecture. Initially graffiti, posters and handbills on the walls of the buildings aided in the same purpose. But now this social awakening has achieved new heights using the digitally articulated facades. It is thus helping the spread of the social messages in a more widespread way.

The current state of Digital Facades in Architectural Industry

Born & brought up in Bombay, based in Bengaluru, Sudarshan is an ambivert who can be outgoing-open and reserved at the same time. It all depends on the vibes! He deeply believes in vibes and personal energies. As an Architectural Journalist and Architect, he aims to write in a way that his content is relatable for all. Design is what interests him the most and he keeps trying his hand at different design verticals such as graphic, UI & UX design at times. He likes to write and explore varied topics on Workplace environments, Architecture, and Culture. He is quite active in architectural content writing and has written for various platforms like RTF, The Arch Insider, Gharpedia, etc. He strongly believes that whatever one does in life, one must do it with passion & be happy with it.