Chinese hackers attempted attack on Indian Cyberspace more than 40,300 times in a week post- Galwan clash An Overview: After a...
363

Are you an Apple iOS user? Is it not functioning in an ideal way after the iOS 13 update?

iOS 13 became available to download on iPhone on Thursday (19.09.2019) last month. The early adopters encountered bugs and even a security flaw that could allow access to Contacts vis FaceTime. After the fix, later Apple added even more new features to iOS 13. Then again, Apple released another update, following another, iOS 13.1.2. Therefore, iOS 13 saw four versions in 12 days following its release.

As of now, Apple is working on iOS 13.2, with the second version of that beta adding various new features that are very good. The latest version os iOS 13 is iOS 13.1.2, a patch released on 30 September. The version update fixes a number of bugs and an issue with the camera and shortcuts run from HomePod. IOS 13 indeed brought several new features along with the necessary system enhancements. 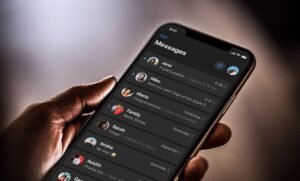 Following are the upgraded features for iOS 13 as compared to iOS 12:

A lot of changes can occur once an update is done. It can change your device settings, prevent you from making or receiving calls. It has been observed that the iPhone won’t make calls after iOS 13 updates by various users. After the update, the users are experiencing problems relating to the network and continual call dropping. The call drops after 30 seconds to a minute after the iOS 13.1.2 update. The issue can’t be solved just by switching to airplane mode. Some users also have troubles with Wi-Fi connectivity. Further, the latest iOS 13.2 beta is also affected by the issue. Following are the listed bugs discovered: 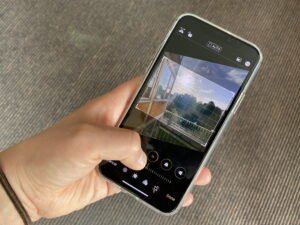 If your iPhone can’t make phone calls after iOS 13 update, this can be inflicted by network-related errors, random software glitches, and a faulty SIM card. Before troubleshooting your iPhone, check if the rest of the features are working as intended. You can go through the below quick fixes to ensure you are providing appropriate solutions to the issue.

Should you install iOS 13?

After all, it’s your decision whether you shall jump to the new and latest updates or wait for a while, read about it and install it. Despite the new updates, iOS 13 users should upgrade to the latest versions to fix any later problems. Considering the numerous problems and fixes, you might prefer to hold for a bit until the new OS is more stable.

If you are buying a new smartphone today, chances are good that it will run one of the two operating systems: Google’s Android or Apple iOS. In this article, you will learn about the vulnerability of hack in Android as compared to iOS. Interested in learning more about the various day-to-day cyber threats? Then you are at the right place at the right time to know! Catch-up our other articles based on the new-age risks. This brings me back to the latest cyber-related article Hacks in Android vs iOS. For more detailed report visit here!!!