Hacks In Android As Compared To iOS

Chinese hackers attempted attack on Indian Cyberspace more than 40,300 times in a week post- Galwan clash An Overview: After a...
295

Magic : The Gathering, Confirmed Leak Of Hundreds of Thousands of Player Data!

Buildings and Their Own Microbiomes

If you are buying a new smartphone today, chances are good that it will run one of the two operating systems: Google’s Android or Apple iOS. In this article, you will learn about the vulnerability of hack in Android as compared to iOS.

Is the iPhone more secure than Android? Is Android’s good enough approach to security protective enough?

You’ve probably noticed how Google’s Android and Apple’s iOS smartphones are taking over the world, but so have cybercriminals.

No matter how you explain it, the average person spends over four hours a day on their device. People are on an average online for 24 hours a week, twice as long as ten years ago- with one in five of all adults spending 40 hours a week on the web. And the rise is partly due to using by those aged 16-24, for an average of 34.3 hours on the internet.

It’s a fact that cybercriminals develop Andriod malware every 17 seconds while the other security flaws make android smartphones more vulnerable to hackers. That’s absolutely right! And according to the security experts, Apple’s devices are more secure and reliable in the context of data protection and spying than the Android. 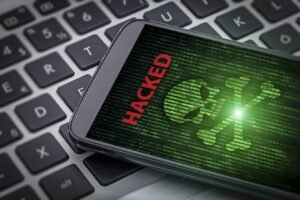 When it comes to security, Apple implies to use a ‘whatever it takes’ approach. Why? Apple’s operating system is a closed system, and it doesn’t release its source code to app developers. Even the iPhone and iPads can’t modify the code on their phones themselves. Android devices are the opposite as they depend on open-source code.

The owners of these devices can trick with their phones and tablet operating systems. With tricking numerous times, the owners can create a weakness in their device’s security. In an Android phone maker operating system puts out a new device with a modification in that code, hackers will find it. Android is more often targeted by hackers as the operating system powers so many mobile devices today. The global popularity of Android makes it more attractive for the cybercriminals.

Android has the highest share of the market when it comes to devices, but in terms of security, a weakness. While iOS might be considered more secure, it’s not impossible for cybercriminals to hit iPhones. The owners of both Android and iOS devices need to be aware of possible malware vulnerability and be careful when downloading apps from third-party app stores.

Apple has always been the high end of the market in terms of pricing. For example, iPhone X took things to a whole new level with a starting price of $1,000. For a sheer scale of variety, nothing competes with Android. You can spend a lot if you want to or you could spend less. There’s a vast choice of good, low-cost handsets from a wide range of different manufacturers. The fact that Android leads the field in free apps makes it a more natural choice for the budget-conscious.

This brings me to the conclusion that Android has a wide number of apps as compared to iOS. It does not apply to all of us, as most of us use a handful of apps or the most popular ones. Generally, iOS produces a great deal platform for developers, so it’s the tendency for new apps to appear there first. But as the market scenario is changing and growing, Android is no less. The Play Store has the highest number of free apps than the App Store.

It’s traditionally difficult to organize millions of apps and games; neither Google’s Play Store nor Apple’s App Store does it perfectly. There are some questionable apps in both stores, but Apple is generally stricter about blocking certain types of apps than Android.

Apple is still lagging when it comes to cloud storage and automatic backups. Google offers 15GB and has cross-platform support, which makes it more vulnerable while you only get 5GB with iCloud.

Android is the most vulnerable operating system in terms of security, which gives rise to the threat of malware exaggeration. Speedy updates are more critical than ever because of security breaches. Millions of Android phones are still running operating software that is years old, making them vulnerable to severe hacks like Heartbleed and Stagefright.

Heartbleed was an undetected security flaw for more than two years. Stagefright hack caused in a reboot called Stagefright 2.0, effecting 1.4 billion devices worldwide. On a locked-down ecosystem like iOs, a patch for the vulnerabilities can be rushed out in hours while it takes months or years for the Android devices.

Apple prioritizes user privacy, and it’s all encrypted. While Android encrypts some data, privacy is less protected. Google mines your data for information that is used for selling you better ads ana market products. Your data is stored and read to provide you with a better A.I experience.

When it comes to mobile hacking, the most critical vulnerabilities are listed below: 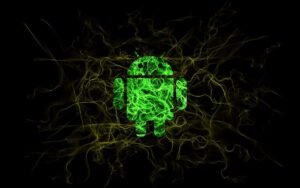 A web-attack that targets high-end Android phones sell for more than $2 million. While a web-based iPhone attack is about $1.5 million. Thus, the android attack is worth roughly 30 percent more than its iPhone equivalent. Below are the highlighted hacks you should be aware of:

Yes, it’s true that the openness of the Android operating system has put customers at risk. Updates to Android have set greater limitations to smartphones from malicious activities. Although it is also true that no smartphone is safe, both and Android and iOS can do better.

Also, there is a massive gap between how Android and Apple approach to mobile security. These companies have different goals and different modules to work on. Instead of picking a winning operating system or hold these techs accountable for their lacking, we should hope for new standards. At the end of the day, odds are at your side! How you protect or secure your personal information on the devices from one of these companies is important.

Interested in learning more about the various day-to-day cyber threats? Then you are at the right place at the right time to know! Catch-up our other articles based on the new-age risks. This brings me back to the latest Cyber Tips for travelers – Are you a regular traveler, business traveler, or a high-tech adventure seeker? After all, nothing would ruin your life faster than needing to call your bank in the middle of the night to make sure your account hasn’t been emptied.  For more detailed analysis visit here!