Oscar Niemeyer had a very practical outlook towards the complexities of the Post-modernist ideas in architecture. Hs once said “I am not attracted to straight angles or to the straight line, hard and inflexible, created by man. I am attracted to free-flowing, sensual curves.” And this is what exactly visible through his works as well. He was known for the advent of aesthetic possibilities out of reinforced concrete. He gave us structures having abstract forms, unconventional materials and bold ideologies, thus defining a new style of Architecture – ‘Modernism’ in the 20th and early 21st centuries. Considered to be one of the gems in the architectural history of Brazil, Oscar Niemeyer has designed around more than 500 projects across parts of America, Africa and Europe.

Here’s a glimpse of 5 of his iconic  Modernist works that have managed to carve a niche in every corner of the globe:

Oscar believed that modernism is not restrictive to typical features. It is the ‘innovation’ that remains constant across the spectrum of modernism. The Church of Sao Francisco Assis at Pampulha is being articulated along the similar lines. The enclosure was created by the free-flowing concrete parabolic vault. This, as a result, helped in eliminating the need for slabs and columns or even masonry. An unusual vibe is registered around by the free form concrete shell, the bell tower and the abstract art on the facade. All of these render the whole structure an artistic quality. Along with the conventional methods of construction, it also the usual imagery of churches or religious places that were challenged by Niemeyer here.

Metropolitan Cathedral of Our Lady of Aparecida, Brasilia

Niemeyer was a master when it comes to creating iconic structures. We can surely say that the Metropolitan Cathedral of Our Lady of Aparecida is one of his greatest masterpieces. The hyperboloid structure in white concrete majorly added to this iconic imagery. Moreover, the stained glass panelled roof was designed with the abstraction of two hands like figures ascending towards heaven.  This project is a live example of Oscar Niemeyer’s styles of experimenting with forms and shapes. And this is evident right from the design of the hyperbolic columns, the massive glass roof to the design of the bell tower. 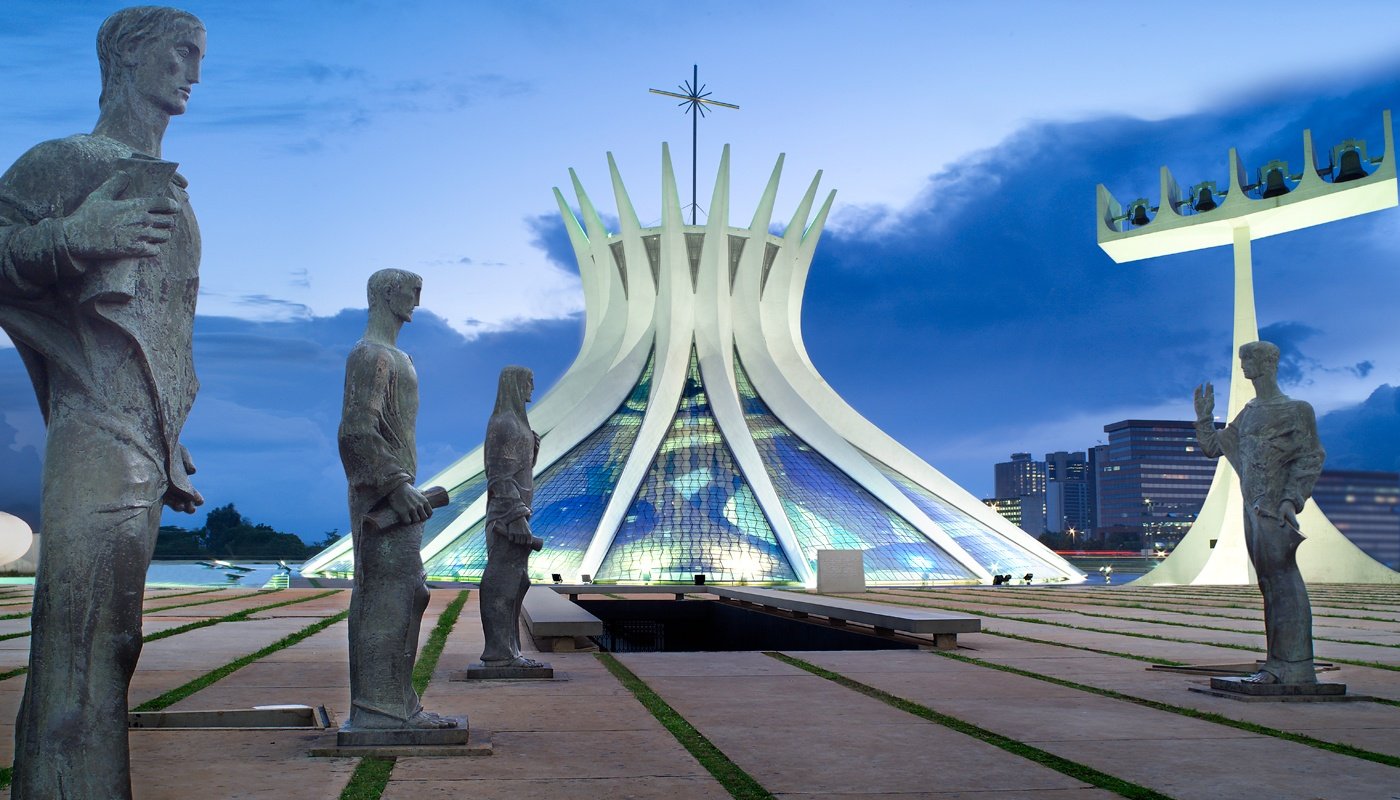 Planalto Palace remains one among the most influential structures designed by Niemeyer. Planalto Palace is the official workplace for the president of Brazil and like other works of Niemeyer, this one too creates strong iconic imagery. The white marble covered slender columns that run through the white concrete roof and the ground was designed to give an illusion that the structure is balanced on the tiny part through the column. The glazing and the reflecting pools around the structure also add to the seamless as well as grand effect. The dramatic effect is created by the jutting out ramp that leads to the main entrance from the landscaped area over the reflecting pool. 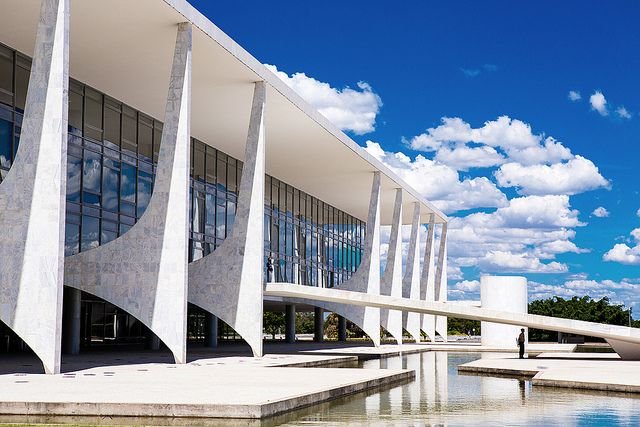 The skyline of the city of Niteroi has got a strong influence of modernist architecture, thanks to the wonder designed by Niemeyer. This disc-shaped structure rising from the cliffside rocky site offers a great panoramic view of the sea and the city. The structure is situated on a cliff and accessed via a red-carpeted ramp designed to have a graceful curve. The copula is wide with a diameter of 50 m and houses 3 levels. The main hall is hexagonal and boasts of 400 square meters of column-free space, offering a wide panoramic promenade on the periphery. The reason behind Niemeyer using this form for the structure was not only to achieve these technical wonders but also his poetic abstraction of creating a form that arises out of the ground and continues to bloom and spread like a flower. This is the level of thought process that Oscar used to invest in his designs.