What are Pseudo Public Spaces?

This term, Privately owned Public Spaces, was first coined in New York in the 1960s. It refers to a publicly used space owned by a private entity. It involves the trade between the local government and a private property owner concerning the zoning or regulatory arrangements of the area in exchange for public access to space and utilities. It seeks to create a better corporation between the public and private authorities. The phrase refers to places such as shopping malls and hotel lobbies that are privately owned and open to the public but are not legally bound to give access to the public. 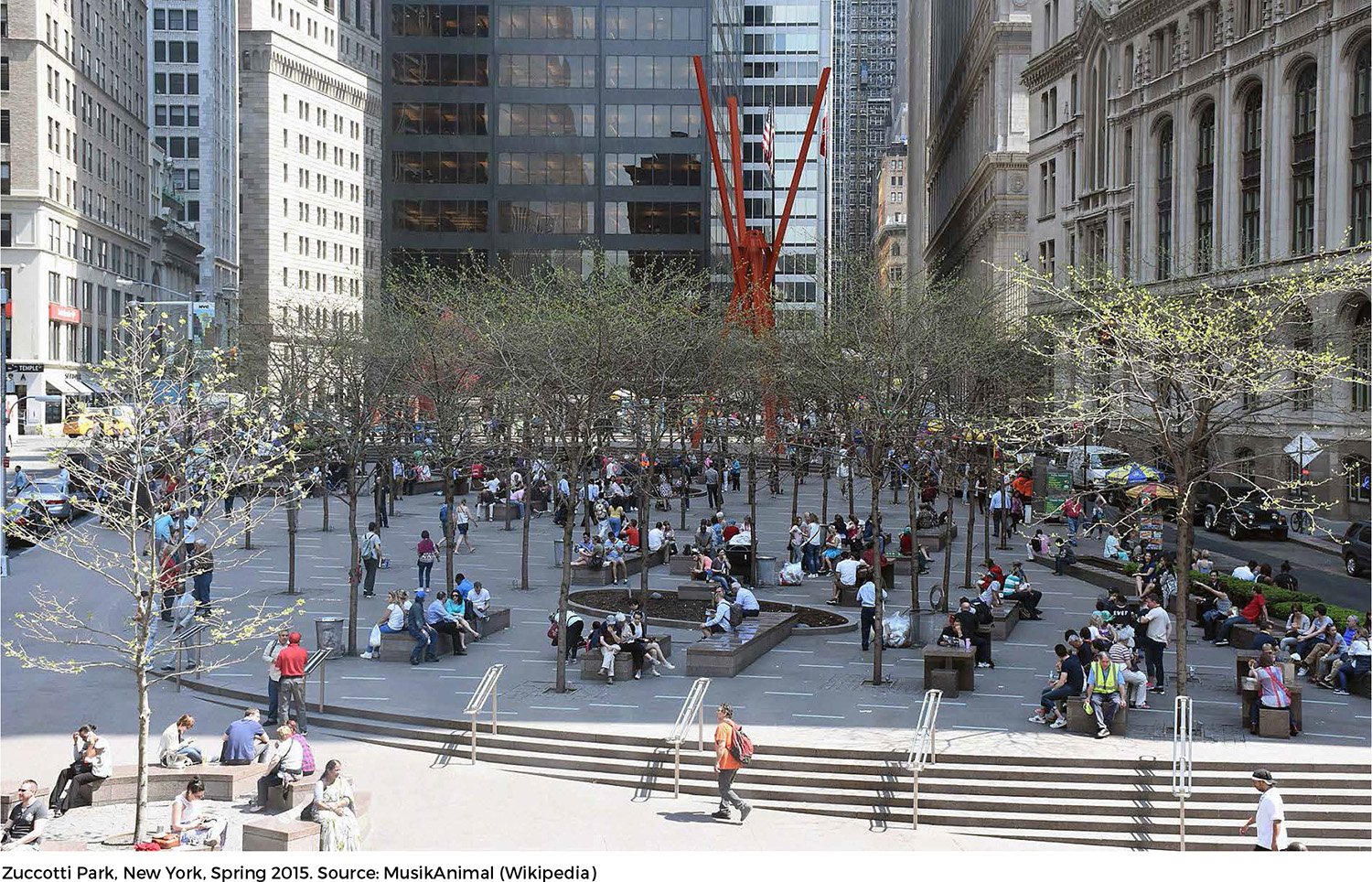 The trend for privatization began in the 1960s in New York first and has now become more prevalent in cities like Hongkong, London, Toronto, San Francisco, and more cities. Local authorities figures that using pubic spaces for events and such can increase funds for the city. Keeping these spaces well maintained and attractive can help them in attracting investors and a certain type of users they want to explore in. It has become vital for cities to preserve, manage and maintain the public spaces. This is where privatization can help in maintaining the public areas and keeping them safe.

As a benefit for this access to public areas, it was decided that the owner would get a floor area bonus. This allowed the owner to build higher buildings and giving the ground floor public access while keeping their upper floors private.

Involving the private sector can cut costs for the development of public spaces. Since there are no careful rules and guidelines provided while privatizing, there are high chances of misuses of the policy that could benefit the owner and neglect the social welfare. Access, usage, and availability are key to make sure that the public realm remains preserved.

This system first began in New York city, especially in the commercial districts. It was introduced as a part of the zoning in 1961. With the growing urbanity, isolated plazas were introduced with minimum requirements. Plazas were renamed Urban Plazas and Residential Plazas with defined criteria to ensure the quality of public spaces.

It is one of the most successful pedestrian spaces owned by an IBM Building.  It is situated in one of the densest commercial districts and is well connected by two adjacent streets and neighbourhood buildings. The glass-enclosed covered pedestrian space allows a visual connection with the streets and draws people inside. There are plenty of trees and plantation inside that comes across as welcoming and the movable chairs and tables are just a bonus.

This park in Lower Manhattan is surrounded by four streets. This park unlike city-owned parks is open 24 hours a day, making it famous among the public. This park thus carries advantage for the protesters, with being open all day, being a privately owned one, and being in the financial district. This park is famous for its upkeep, the low stone benches, ornamental grass, and dense canopy of trees.

Times Square is a major shopping mall redeveloped by tramway depot. Public space provided acts as a node for the pedestrian network connecting various directions with covered corridor and linkage with Causeway MTR station. Since it is well connected to the roads and the station, it acts as a meeting point for people. The plaza is open and easily accessible to the public with a generous setback of the mall. But this plaza does not provide ample seating space for the general public and the ratio of the soft landscape here is relatively low.

Very general regulations applied to all public spaces allow owners with providing only for minimum requirements. The above few famous examples help in understanding the various ways the public could be benefited from or reduced their usage and not be called upon because of unclear and undisclosed rules.

People use public spaces all over the world for various activities and they remain one of the most important elements of the built society. The policy of private ownership and public partnership allows to balance the interest of the two parties in the growing urban world. The social responsibility taken by the developers can help blend public spaces with the urban fabric and influence the pedestrian experiences.

Nishita Chopra, an avid writer and an architect. Been born and brought up in a defense environment, she has learnt well to be disciplined and find motivation everywhere. Her positivity and extrovertness has helped her tell and listen to a lot stories the world tells around us. Having been worked as an architect before, it has helped her fulfil her passion to write and make use of that experience to put into words for the architectural world.