Impact of Modernism on Architecture

Ecological systems have been surviving on earth for a long time and will continue to exist in the far...
316

How Can We Reduce Carbon Footprint of a Building?

Modernism was a major movement in architecture that emerged in the late 19th century from revolutions in technology, engineering, and building materials. The motive behind the movement was to break away from the historical architectural style and to create something that is purely new and functional. Early modern architecture was primarily developed in England, France, and the United States.

Industrialization stimulated the drastic growth of cities during the 18th and 19th centuries, mainly in European and American history. By 1890 more than 50% of the population was living in the cities. This lead to horrible living conditions in the cities; the wealthy fared far better than poor industrial workers whose conditions were getting worse each day. Urbanization, industrialization and contamination, all were part of the industrial age. The rapid increase in population outpaced the existing systems of clean water supply, waste management, and sewage systems, leading to the deterioration of cities.

Architects of the 19th century embraced the idea of emerging sciences and technology over the cultural legacy drags over for the centuries. The upcoming period demanded new types of buildings because the “state of art buildings” and churches were no longer required. With decades of work, a rapid range of new buildings came into existence like housings, schools, hospitals, and banks. A new style was developed by the end of the 19th century which was entirely original and independent of the past.

The industrial revolution was the transition to the manufacturing of many new materials for construction. Major materials included:-

Iron: It began to replace bricks, timber and stone for many constructions work like bridges, roofs, doors, windows, etc. Iron has better compression strength than stone. It was the primary metal used for building industries and warehouses during industrialization.

Glass: It was major material used in the exterior of the buildings. New processes of glass panel glazing were now used which meant that larger windows and openings can now be constructed, allowing more natural light in the interior. Crystal Palace in London was a complete glass and cast-iron structure that was built for the Great Exhibition of 1851.

Cement and concrete: Invention of cement contributed to the major changes in construction methods. Concrete is the mixture of Portland cement and water, used in the construction of large scale buildings. 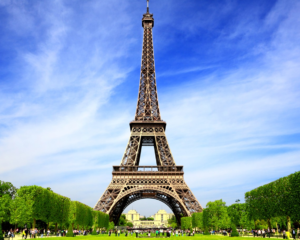 Steel: Steel is an alloy of iron and carbon. Manufacturing of steel reinforcement bars was started, which was embedded in concrete, used for the construction of slabs, columns, beams, foundation, etc. It was also used in trusses, frames, panels, and sheets.

The industrial revolution leads to many critical problems like sanitation, public health, poor housing, overcrowding, and congestion. Well planned cities were required to pace with the rapid increase of population. Cities like New York reached about 4,767,000 people in 1910 from 313,000 in 1840. Chicago exploded from 4000 to 2,185,000 during the same period. Railway tracks, broader roads were the necessities of the modern period.

Many models of planning layout were proposed to develop better cities. Garden city concept, concentric zone model, sector model, broadacre city are some of the well-known layouts given by most established architects of modern and post-modern architecture. New York’s Central Park, based on the Garden City concept given by Frederick Law Olmstead, was a widely imitated planning model. It had separate pedestrian and vehicular traffic; a beautiful landscape right in the middle of the city which demonstrated that the creation of a park would greatly enhance the living surroundings.

Broadacre city conceptualized by Frank Lloyd Wright is a vision of multi-centered, low-density development of the suburban area. According to this model, each US family would get one acre of land to build their house and do farming. The objective was to reduce the density of cities and make people return to their rural roots. 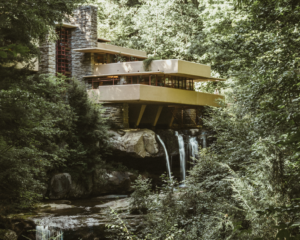 Be it visual arts, performing arts or architecture, minimalism is a movement that began after World War II; it was a major influence of modernization. Buildings were stripped of every unnecessary element, giving an expression of extreme simplicity. The designs were now composed of simple geometry with had characters of openness and transparency. The idea was to reduce ornamentation with simple flatforms, elegant lighting and improve the physical qualities of the building. The trend of natural light in buildings unveiled clean and aesthetic spaces.