Evolution of Door and Windows

Doors are typically used as segregations from one zone to the other, for example, the main entrance door separates a house from the street crowd thereby making it a private affair that allows ingress and egress into an “enclosure”. While windows provide fenestration to a structure that is certainly responsible for the entry of light and air into the various sections, also they are arranged to increase the aesthetic sensibilities visually. The doors often incorporate a lock system that can be accessed only from either of the sides, and a doorbell is usually placed on the other side to announce someone’s presence. The windows, however, are chosen to keep in mind the climate, purpose, aesthetics, and budget as it is almost readily available of all possible materials, shapes, and sizes.
The Journey of Doors
The earliest existence of doors traces back to the paintings done on Egyptian tombs, which were back then considered to be the literal doors for the afterlife, which was taken forward by Vitruvius, who developed the concept of frames around the doors then made by rails and stiles. The most ancient doors were made up of timbre which have been seen Biblical depiction of King Solomon’s temple being in olive wood carved with gold, a 5000-year-old door has been found by an archaeologist in Switzerland. 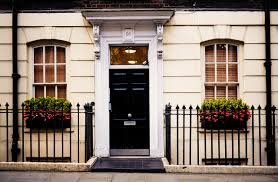 Initially doors were hung by pivots at the top while the bottom would join it with the lintel and sill, the Greek and Roman doors included single doors, double doors, triple doors, folding and sliding doors. The earliest known automatic door was made by Greek scholar Heron of Alexandria back in the 1st century AD. The first foot sensor-activated technology was made in China. The first automatic gate operators were later created in 1206 by Arab inventor Al-Jazari. The 11th and the 12th century doors were observed to be made up of bronze having various patterns on them. In the Renaissance period the doors were rather simple as the architects believed they were more to create the effects and dramatics. NASA’s Vehicle Assembly Building at the Kennedy Space Center contains the four largest doors, while the oldest door of England was dated back from 1050.

There are various kinds of doors which are still existing and used, some of them being-Single Leaf Door which has a single panel on the doorway, while Double Leaf Door has two panels,half doors are the ones which are divided into two parts horizontally, Saloon doors are light weighing swing doors,a Composite door has a single leaf made up of solid or glass. Flush doors are smooth doors with timbre framing,some of the other doors are glass doors,bifold doors, steel security doors and so on.

The journey of Windows

The first window traced back to the times of the Romans who were the first to initiate glass windows which was later on adopted by England in the early 1th century, whereas in China,Korea and Japan they initially used paper windows. During the Georgian times windows with six panels came into the trend, engineer Henry Bessemer introduced a form of float glass which was further taken forward by Pilkington who also developed the revolutionary float glass process which is responsible for the modern floor to ceiling windows. 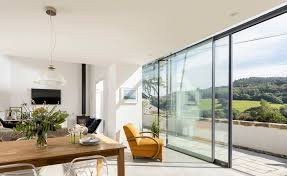 In today’s world double glazed and triple glazed are common also is now available in Australia,the rame is often made up of energy-efficient materials, keeping in mind the sustainable goals. Windows I modern times come with various tilts,shapes, materials,fixed, openable and so on.

There are various types of windows that are existing and continue to be in use till date some of them being- a Cross window which is usually divided into four lights by a mullion and transom that form a Latin cross,Eyebrow windows which can be used for two purposes a curved top window in a wall or in an eyebrow dormer. Fixed windows are the ones which cannot be opened whose only function is to facilitate the entry of light,single and double hung sash are which have one or two parts open respectively,a Foldup window has two sash which are movable upwards letting in the air. Many other varieties are also there like the Horizontal sliding sash,the Casement,the Pivot and so on.

Doors and windows act as sensory organs of a space whose placement is often responsible for adding the correct ambience and character to a room,as it governs the degree of openness and the element of privacy.

Previous article
Reliance Jio – Facebook Join Hands Together
Next article
Why Do We Need ‘Green Infrastructure’?